Zebpay, Unocoin Leads The Cryptocurrency Exchanges Tally; Bitcoin And Ethereum Are The Most Famous

With its price surging exponentially, Bitcoin’s comparison with Gold is outdated. Bitcoin is limited, so is ‘Margarita, the Benjamin’ with a composition of a special Cuvee of Grand Marnier, finished with Louis XIII Cognac. As demand is catching up, the nine-year-old Bitcoin is already priced on par with 42-year-aged Glenfiddich single malt scotch, and will perhaps surpass a bottle of 50-year-aged scotch too, which is trading at $32K at the whiskey exchanges across the world. However, in India, like whiskey exchanges that are few and far between (trading aged single malt scotch), there are limited cryptocurrency exchanges that are reliable, regulated and that enable trading in Bitcoins and other cryptocurrencies.

In India, as the Bitcoin fever is catching up with over 2,500 users trading Bitcoin daily and the trading volume rising close to $20 Bn a year, cryptocurrency exchanges are mushrooming with each passing day.

In the world of cryptocurrencies, hard-fork is a common phenomenon. However, for a hard-forked coin’s valuation, it is important to have the backing of some independent exchanges that could benchmark their values.

Added to that, India is soon going to have its own digital cryptocurrency, Laxmicoin. Founded by Raj Dangi and Mitts Daki, Laxmi Coin was scheduled to be India’s first digital cryptocurrency, back in 2013. However, after RBI press release over the cryptocurrencies in 2013, the launch was suspended. The startup will be officially launched in 2018 now, and the ICO will start on March 31, 2018.

The Bitcoin, Ethereum Era: A List Of Cryptocurrency Exchanges In India

Please note that the order is arbitrary. The information has been collected from press statements, publically available resources and websites.

Founded by Abhinand Kaseti, Harish B V, Sathvik Vishwanath and Sunny Ray in December 2013, Bitcoin wallet Unocoin has registered over 500K downloads so far. Based in Bengaluru, Unocoin has partnered with US-based Bitwage and Canada-based Paycase, in a bid to widen its global user base. Recently, Unocoin has also entered into a strategic partnership with the US-based software platform for the digital currency, Blockchain. The partnership will allow seamless integration of the Unocoin wallets with Blockchain wallets where Indian users can fund their Blockchain wallets through Unocoin.

Within the four-year span, Unocoin has also introduced some new features such as the Bitcoin Systematic Buying Plan (SBP), Bitcoin Point of Sale (POS) App and Bitcoin Over-The-Counter trading (OTC).

The company has successfully raised close to $2 Mn funding so far. Seed-funded with $250K, Unocoin raised $1.5 Mn in a Pre-Series A funding led by Digital Currency Group in 2016. The other investors who participated in the round were Founders Club, Boost VC, ah! Ventures, Bnk To The Future, Mumbai Angels and Blume Ventures. 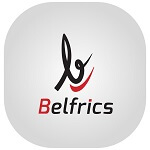 Warangal-based exchange wallet Bitxoxo was founded by Hesham Rehman and Mohammad Rezwan in 2016. The platform allows Bitcoin traders to buy, sell and gift Bitcoins. As per the company, it doesn’t charge any fee for these services. Bitxoxo also allows payments and withdrawals through IMPS.

The company plans to add other cryptocurrencies such as Bitcoin Cash, Ethereum and Ripple as well. The exchange is yet to launch its iOS/Android apps.

Founded by Mupparaju Siva Kameswara Rao in 2013, BTCXIndia is managed by Hyderabad-based S Capital Solutions Pvt. Ltd. The platform allows users to trade in Bitcoin, Ethereum and Ripple. The exchange had to shut down its operations on May 8, 2015, after Kotak-Mahindra bank pulled the plug on it. However, the exchange resumed operations on July 5, 2017, after moving to Andhra bank.

The exchange claims to have more than 15K users.

Founded by Mahin Gupta, Sandeep Goenka and Saurabh Agrawal in 2015, the Singapore-headquartered and Ahmedabad-based Zebpay is one of India’s leading exchange for Bitcoin trading. The app-enabled exchange has its IT offices in Ahmedabad and Mumbai. With over 1 Mn downloads, the exchange claims to command over 60% of the Bitcoin trade in India.

It received the best new Bitcoin company award at CoinAgenda Conference, Las Vegas in 2014. Coming to the story of its inception, Manik Gupta, one of the cofounders had set up a Bitcoin exchange called Buysellbitco.in in early 2012. However, in 2015, the exchange was re-established as Zebpay with two more founding partners – Sandeep Goenka and Saurabh Agrawal.

Seed-funded with $125K, Zebpay had successfully raised $1 Mn in Series A funding round led by investor Arjun Handa in 2016. The other investors who participated in the round were Nagendra Chaudhary and Amit Jindal. The company has reportedly been in talks with US-based investors to raise another $4 Mn-$5 Mn in Series B funding round.

Founded by Benson Samuel and Mohit Kalra in 2014, Delhi-based Coinsecure is an Indian real-time Bitcoin trading platform. The exchange enables the trading process through deposits and withdrawals of Bitcoins and Indian rupees.

Registered as Secure Bitcoin Traders Pvt. Ltd, Coinsecure offers Bitcoin wallet, exchange, trading and merchant services along with other Blockchain based services. The company has its head office in Delhi and an R&D division in Bengaluru.

The company launched a Bitcoin exchange on January 1, 2015. The platform offers users access to an algorithmic trading Bitcoin exchange, a Blockchain explorer, free APIs for all their products, a mock trading platform where customers can try trading without real money as well as on-chain and off-chain wallet services. As of May 2017, the company was consistently handling over 3,000 BTCs a month in terms of volume.

The exchange wallet has noted 10K-50K downloads so far and has raised $1.2 Mn in funding till date.

Founded by Rajdeep Singh, Shubham Yadav and Manish K in 2017, Pune-based Coindelta is a cryptocurrency exchange offering markets in BTC and INR for trading. The platform enables its users to buy and sell cryptocurrencies such as Bitcoin, Litecoin, Ethereum, Ripple, OmiseGO, Qtum and more. With no deposit fee, Coindelta is based on a maker-taker model with trading fee as low as 0%.

A maker is a party whose order exists in the order book before the trade occurs, while a taker is a party who places an order that matches the maker’s order. Makers are incentivised because their orders provide liquidity in the market and takers are the ones who remove this liquidity by taking makers’ orders with their own.

Unlike other digital asset and bitcoin exchanges, one doesn’t need an account to use CoinSwitch. The exchange offers the conversion of one cryptocurrency to another. It is a cryptocurrency exchange, claims to provide the best exchange rate on transactions by aggregating all leading exchanges and comparing their rates in real time. One just needs to choose the altcoins or blockchain tokens one would like to exchange, input the receiving address and send funds.

Founded by Ashish Sangai and Akash Bansal this year, Jaipur-based Flitpay is a Bitcoin marketplace. The exchange app currently has less than 5K downloads on Google Play. 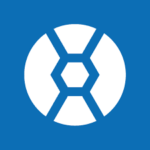 Operated by Defacto Technologies, PocketBits is a digital currency wallet and platform where merchants and consumers can transact with new digital currencies like Bitcoin and Ether.

The Bengaluru-based multi-cryptocurrency exchange was launched in 2016. Founded by Abhishek Gopal, Mohammed Roshan and Anandprabu Rajendran, ThroughBit offers buy-sell facilities of cryptocurrencies such as Bitcoins, Ethereum and Falcon. Here, it is worth noting that Falcon is a centralised smart contract/cryptocurrency pegged to Indian fiat currency value i.e. 1 INRF will always be equal to INR1. At present, INRFalcon can’t be sold anywhere else, except on ThroughBit. The INRF has been introduced to minimise the banking transactions.

Currently, the exchange does not offer the app-enabled trading facility. Headquartered in Mumbai, Coinome allows users to be onboarded via an instant e-KYC process. Under the process, a user needs to register his/her Aadhaar number, post which an OTP is sent for the verification and activation of the account. With Billdesk being the promoter of the exchange, Coinome will have an easy window to build trust and deal with cybersecurity threats, which are currently the key concerns of cryptocurrency exchanges across the world.

Delhi-based REDIPAY aims to connect cryptocurrency traders and investors from the US and India. Launched as a cryptocurrency brokerage for Bitcoin, Litecoin and Dogecoin; REDIPAY is now offering Ethereum too. This will be followed by simultaneous launches of live order books for other poplar cryptocurrencies such as BCH, XRP, Ethereum Classic, Dash and other cryptocurrencies over the course of 2018, claims the company.

Except a few, most of these cryptocurrency exchanges have been set up in 2016-2017, marking the soaring popularity of Bitcoins in India in the last couple of years. While many of these cryptocurrency exchanges have not attracted Seed/Series funding yet, it has been a subject of great debate at Bitcoin forums whether VCs and exchanges manage to raise profits of the same scale as Bitcoin trading. Once the futures are up on the listing at exchanges, probably the scenario might change for exchanges too!

[If you know any other Cryptocurrency exchange startups that must be included in this list, send us an email at [email protected]]