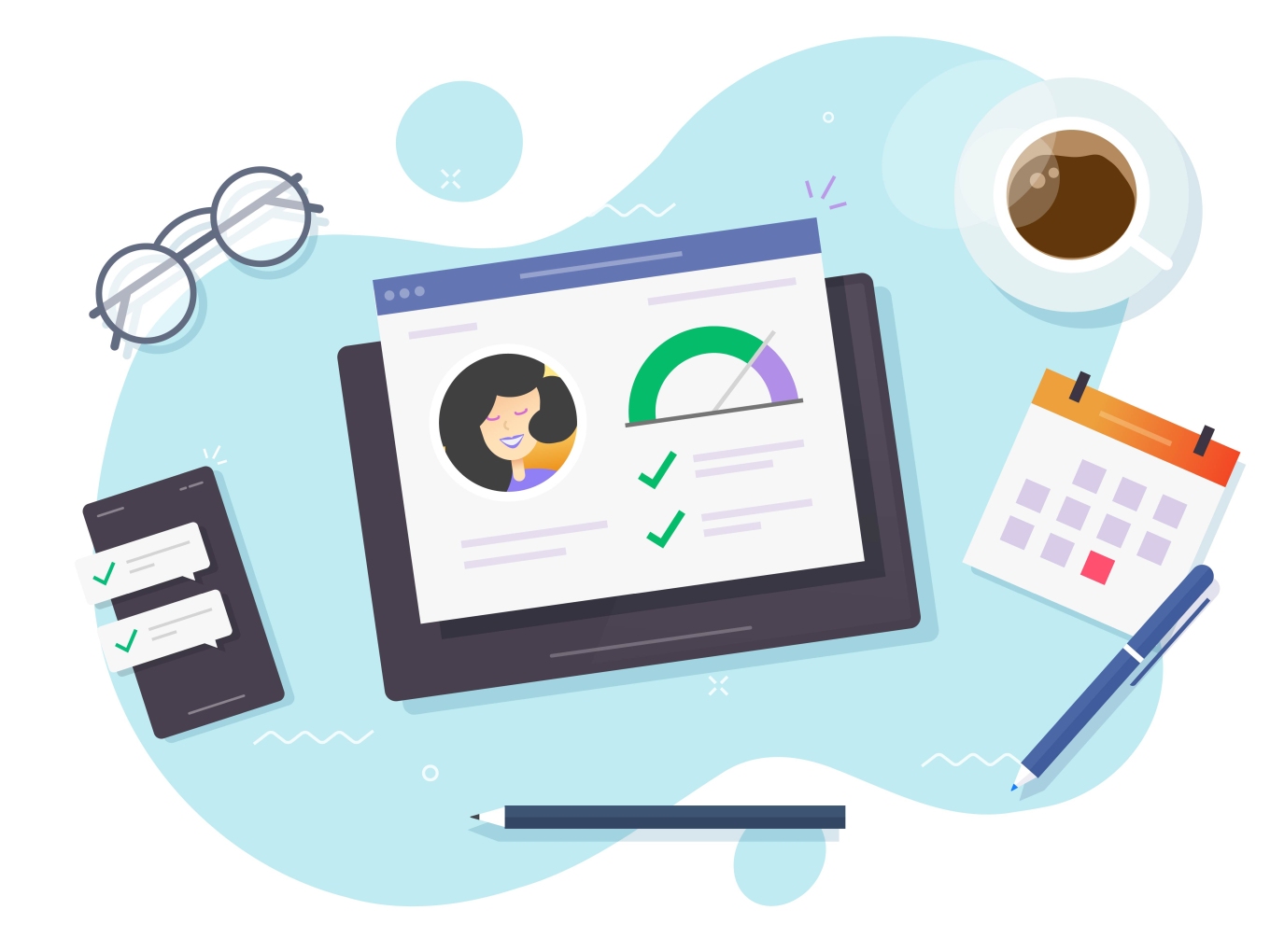 The product is being led by Shashank Murali, the founder of skilling and recruitment platform TapChief, which was acquired by Unacademy in February

Skill assessment is a hugely competitive market, given the wide addressable base in India, and dozens of startups are vying for a piece of the pie

Edtech unicorn Unacademy has launched Relevel, a new product to enable job-seekers to showcase their skills and get employed at some of India’s largest startups. The product is being led by Shashank Murali, the founder of skilling and recruitment platform TapChief, which was acquired by Unacademy Group earlier this year.

Unacademy Group CEO Gaurav Munjal said Relevel comes with 500+ job openings at over 50 companies in technology and sales roles. It will feature tournaments designed by industry experts to help job-seekers stand out. Those participating in Relevel tournaments get qualified to interview directly at partner companies with just a Relevel Score as a metric.

When announcing the TapChief acquisition in February this year, Unacademy had said TapChief would be a key part of Unacademy Pro, the company’s vertical for higher education, career guidance and placements. Munjal had tweeted that Unacademy Pro would fix employability of students, which is also what Relevel is doing. “They are not preparing students to be great at the jobs they’ll end up doing post college – the ability of the student has little to do with placements / heavy reliance is on college’s ability to get companies for placements,” he had said.

However, Relevel looks to be a standalone product, and not part of Unacademy Pro, despite the similarities. With several rounds and a set progression, Relevel is looking to gamify the skill assessment experience.

According to the Inc42 Plus ‘The Future Of India’s $2 Bn Edtech Opportunity Report 2020’, more than half of India’s workers will require reskilling to meet the talent demands of the tech industry by 2022.

With the launch of Relevel powered by the TapChief acquisition, Unacademy will be competing with skill assessment and counselling platforms such as WheeBox, AugLi, VR-based assessment startup Loop Reality, HackerRank, upGrad-acquired Rekrut India, iMocha (Interview Mocha), HackerEarth, Talview, InterviewBit, Skillenza, FloCareer and others, besides LinkedIn, Naukri.com and other job search platforms. Unacademy acquired one such company CodeChef in June 2020.

Among the companies that have partnered with Unacademy’s Relevel are startups such as edtech startup upGrad, hyperlocal services unicorn Urban Company, marketing automation platform WebEngage, fintech startup Razorpay, Moengage, LeadSquared, SuprDaily among others.

The company said that the platform allows young Indians to showcase skills over their college degrees when applying for jobs. The tournaments are available in all parts of India and are completely online with no exams or tests in person. They are designed to highlight skills in areas such as problem solving, attention to detail, emotional quotient, creativity, communication and more.

The first Relevel tournament for “Business Development” will go live on June 26, 2021, with registrations open till June 22. Entry is priced at INR 1,999 per candidate who will get the opportunity to get business development manager and associate jobs with salaries up to INR 10 Lakh per annum.

For Relevel, the eligibility criteria is the candidate must have less than 3 years of work experience or must be looking for their first job as well as college students who will graduate in July 2021. The top 25% of the participants will qualify for the next round which involves interviews with industry experts and experienced interviewers with a minimum cutoff that the top participants have to clear. Following this, the participants are given a Relevel Score and skills report. Then, the placement round takes place with Relevel users being hired by companies.

For this tournament, the first challenge will be around ‘sales aptitude’, which involves a two-hour test with multiple choice questions on general and sales aptitude to test the candidate’s basic understanding of sales. Next up is a ‘problem solving’ round, which is a 40-minute challenge to gauge the participant’s reaction and behaviour in different situations as a salesperson. The third challenge is pitching and sales proposition challenge.

Following these rounds, the participants will go through an interview with an experienced salesperson who will test their abilities in a live environment. Finally, a senior business leader will test the candidate’s ability to understand and cater to customer needs. To help participants prepare for the various rounds, the company has released a list of reading material for each section.

“Today, there is a massive divide between aspirants looking for the right opportunities on one side, and companies vying for the best talent on the other. Historically exposure to opportunities have been defined by one’s college, their degree or who they already knew in the industry. The events over the last year have only made the situation worse,” according to Relevel’s collateral for its tournament.

Founded in 2015 by Gaurav Munjal, Hemesh Singh, Roman Saini and Sachin Gupta, Unacademy claims to have a network of more than 49K educators and over 40 Mn learners across 5,000 cities in India, with courses available in 14 Indian languages. The company reported a 4x increase in its revenue in FY2020 to INR 86 Cr, with 4x increase in expenses to INR 386.7 Cr, leading to a net loss of INR 112 Cr.

With the last round of funding from Tiger Global and Dragoneer Investment Group, the company’s valuation reached $2 Bn, up from $1.45 Bn in September 2020, when it had last raised funds worth $150 Mn led by Japanese multinational conglomerate SoftBank. The company is also backed by the likes of Facebook, Sequoia Capital, Blume Ventures and Nexus Venture Partners. After acquiring six companies in 2020, Unacademy acquired TapChief, Handa Ka Funda in 2021.

Interestingly, Munjal had announced Relevel as a product in January this year, but it was positioned as a platform creators to start live classes for specific cohorts. Unacademy did not eventually launch this product, and instead revamped its other product Graphy for this use-case, Munjal later revealed.

Is Unacademy Adding Anything New To Skill Assessment Arena?

This is a hugely competitive market, given the wide addressable base in India, and that’s without counting platforms such as Pesto and Scaler Academy which are more focussed on tech skill development and hiring. LinkedIn, which launched its ‘Career Explorer’ tool in October last year to help job seekers to find jobs based on the skills they possess, claimed that competition among professionals for jobs is 30% higher in 2020 than in 2019, with reskilling and upskilling demand rising.

Some of these platforms are aimed at customers at an early age, unlike Relevel, which is squarely targetted at job-seekers and fresh graduates. For instance, Gurugram-based AugLi, part of Inc42’s 30 Startups To Watch list in July 2020, is looking to empower children in honing skills in terms of digital literacy, communication and critical thinking skills in a personalised way. However, tech employment-related skill assessment has primarily become a huge need for the startup ecosystem, looking to solve hiring challenges.

While Relevel claims to be rewriting the candidate assessment frameworks, it is not unlike any other assessment platform that also helps companies hire the right talent. Such companies also have partnerships with certain organisations for roles, while they also keep internal profiles for candidates assessed.

“You get detailed feedback about your strengths and weaknesses from an experienced professional to increase your chances of success,” the Relevel website says about the mentoring process that accompanies these tournaments. That does not seem very different from what a recruitment counsellor or head-hunter or indeed other platforms might offer job seekers.

CodeChef, for example, ran a similar gamified experience for tech hiring with its programming contests and challenges. Similarly, Skillenza, HackerRank, HackerEarth organised hackathons or challenges to similarly assess skills of its users. Skillenza has tie-ups with companies such as YES Bank, Bosch, AWS, Unilever for hiring. Another platform Aspiring Minds, which is now called AMCAT,  has tie-ups with companies like Snapdeal, Daimler, Huawei and others, and also offers interview prep services. So is Unacademy really reimagining skill assessment? 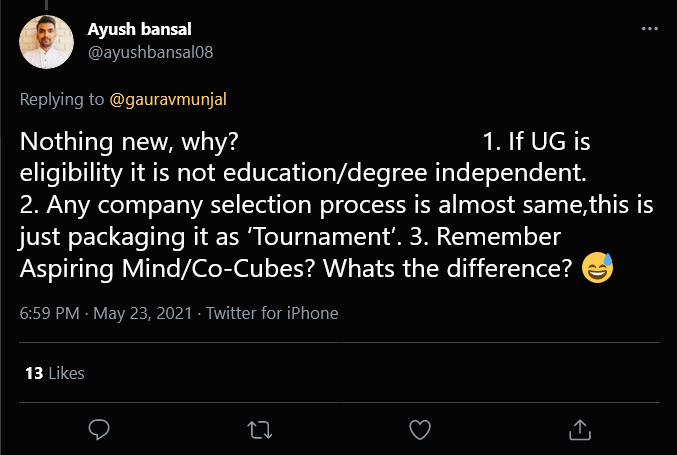 According to Emergen Research, the global assessment services market, which was valued at $6.5 Bn in 2019, is forecasted to reach $11.47 Bn by 2027 at a CAGR of 7.2%. Factors such as a rise in the number of competitive and certification tests, surging demand for skill evaluation for better employability, rapid growth in young workforce, growing competition and growing inclination among businesses to choose digital assessment tools. Recruitment & promotion platforms accounted for the largest market share of over 42% of the assessment services market in 2019.

It remains to be seen whether Relevel’s gamified approach will stand out among the sea of competitors both in India and abroad. Given that remote hiring has grown rapidly in the past year with the pandemic bringing in a big transition, even overseas companies have turned to skill assessment as a key criterion for hiring thereby increasing the opportunity in this space.