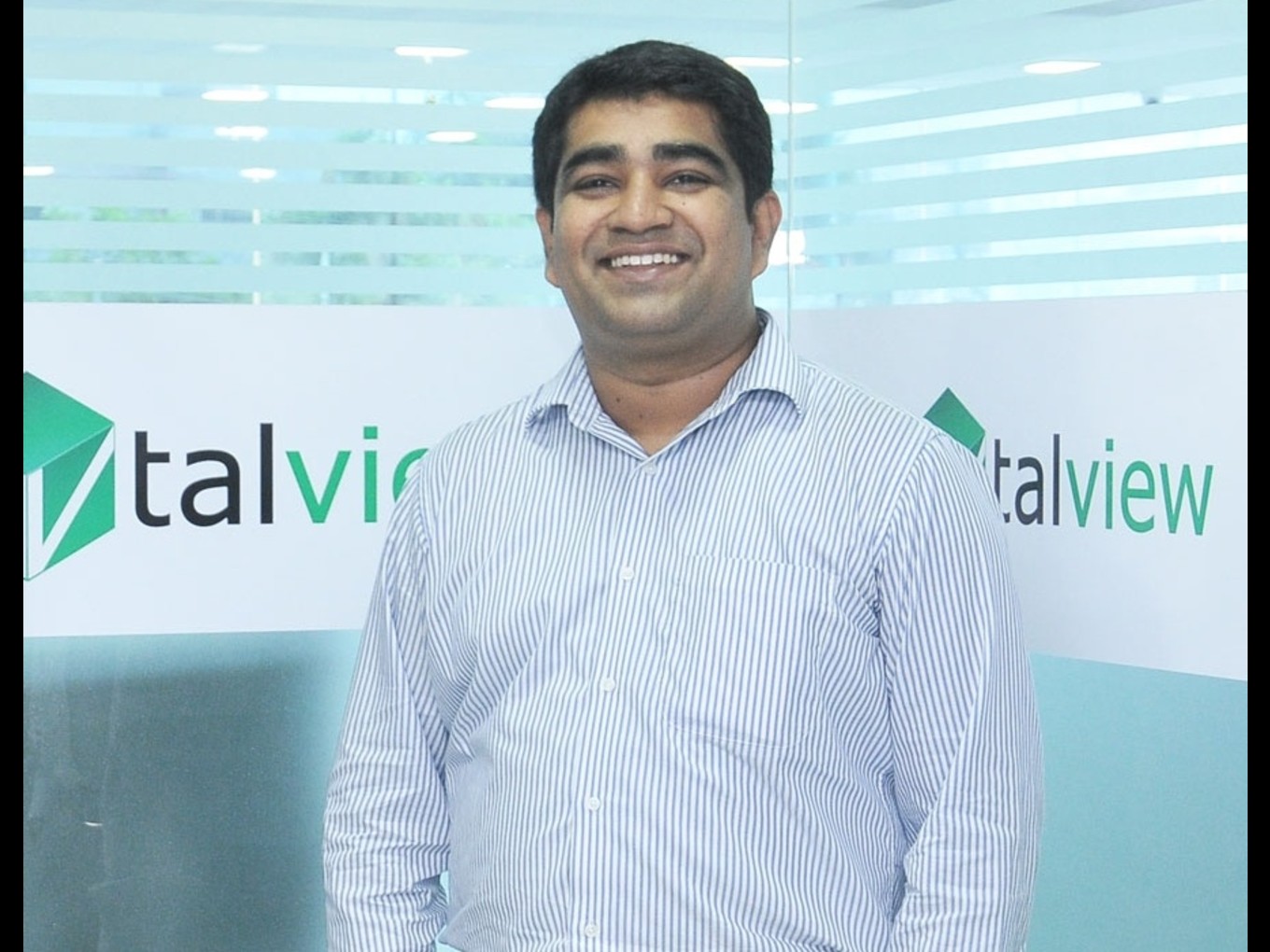 The company is growing 100% Y-o-Y since inception

When Sanjoe Jose, Tom Jose, Subramanian ‘Mani’ K. and Jobin Jose founded their HRtech startup Interview Master (now Talview) in 2012, the aim was to fill one gap: help employers screen candidates effectively. And in the next two years of operations, this sharp focus helped them gain yearly revenue of $300K, but at the same time, they also realised they were burning through resources at twice the pace they should be, which would make it difficult to scale the revenue.

Clearly, it was time to change the strategy.

“One of the learnings from the experience was that if we have to build a large company by selling B2B software in a new category, we need to solve a problem significant enough so that we get enough payment to sustain an expensive enterprise field salesforce,” said Sanjoe.

Upon further research, the HRtech startup found that ‘time to hire’ is the most crucial aspect for enterprises. This also impacts other key hiring metrics like Quality of Hire since the best candidates are only available in the market for 10 days; the hiring process experience for candidates — 57% drop off the hiring funnel attributing it to a long hiring process — and cost of hire.

“We realised that in the emerging gig economy era, you can’t spend 2 months to hire someone who will probably be employed with you for only 6 months,” added Sanjoe. As American author and entrepreneur Paul J. Meyer once said, “Success is the progressive realization of predetermined, worthwhile, personal goals.”

So, the founders rebranded from Interview Master to Talview in January 2014, looking at solving some deep-rooted HR problems in enterprises.

“Talview stands for talent view. Our mission is to enable every professional to have a successful career and by use of Talview we equip employers to see all candidates as individuals with ambition, passion and skills and not just as resumes, at the same time focusing on building the fastest way to hire for enterprises,” added Sanjoe.

Fast forward to 2019, and Talview is now backed by angel investors such as Anand Ladsariya, Amit Patni, Arihant Patni, Anirudh Damani, Bharat Banka and Ravi Kiran. The Bengaluru-based HRtech startup broke even in 2017 and claims to have grown its revenue by 10x in the last two years. It is currently serving over 30 enterprises and is focussed on sectors such as BFSI, services (IT, consulting, BPO), pharma and retail.

What New Talview Brings To The Platform?

The early success of Interview Master allowed the company to expand quickly when it diversified as Talview. Interview Master was an asynchronous video interview platform that helped recruiters screen candidates effectively, irrespective of the business size.

When it came to expanding the product catalogue for Talview, the early revenue stream helped Talview offer competitive pricing to its potential clients. Not only they were able to pull out the revenue margins but also brought in the required innovation and collaboration to achieve the desired scale.

According to the founders, it was about taking three key steps to grow revenue 10x in the last two years. They are:

After rebranding as Talview, the company started working on the concept of ‘instahire’. Instead of forcing the enterprises to switch to a completely different recruitment system, Talview worked on top of existing recruitment management systems used by enterprises and helped them digitise recruitment through the three engines of instahiring.

Infusing AI And ML Into The Platform

Many companies today use artificial intelligence (AI) and machine learning (ML) as buzzwords for marketing. At Talview however, the founders have been very careful to ensure the use of the right technologies for the right use cases.

“We have leveraged techniques like speech recognition, computer vision and natural language processing to enable our customers to automate routine tasks, intelligently reuse the information available on the platform and ultimately fast track their hiring,” Sanjoe said about the tech platform powering Talview.

The company also launched a bot, Qton to bring in efficiency in the hiring process for mundane tasks that don’t require a human to be involved, such as validating resumes, scheduling interviews, follow-ups, reminders and notifications and more.

According to Sanjoe, the core product development vision is to reduce the time to hire as far as possible. “We strongly believe that with the right techniques, the time to hire which is about 50 days today can be brought down to less than a day and we do not want to do it alone,” he added.

By working with the right partners Talview is able to augment its capabilities in specific areas in the hiring process, which it says contributes to the common vision of companies and stakeholders to make hiring faster. This includes names such as Jombay, Pearson among others.

Going Beyond Rebranding To Convince Enterprises

Talview came in at a time when the Indian HR industry was in the transformation phase. Around the year 2014, enterprises were looking for new-age solutions, exploring predictive analytics as a new trend and are willing to accept merging HR and technology. Yet, after rebranding in January 2014 and having existing clientele with Interview Master, it took Talview almost a year to gain the confidence of the enterprises.

Despite agreeing with Talview’s assessment that time to hire is the most critical and challenging part for enterprises, the businesses Talview spoke to did not want to place bets on a solution shared by a startup. “It took a great deal of effort to convince the first few clients to adopt the insta-hiring approach. Once we had our first set of successful customers, the industry recognised our ability to deliver and demand shoot up,” recalled Sanjoe.

Market sentiments also played a crucial role in Talview’s success. In the presence of companies like Naukri.com, the HRtech startup ecosystem had already started taking off with players such as Mettl (now Mercer-Mettl), Aspiring Minds, Devskiller, CoCubes, HackerRank, Interview Mocha, HackerEarth making their mark in their respective domains.

The success of these companies not only gave the much-needed boost to the Indian HRtech startup ecosystem but also forced new startups to bring in differentiation. While the base was all set, HRtech startups started getting more opportunities around 2017 as companies began to alter their operations and adopted digital technologies across processes.

Talview took advantage of the rising HRtech trend, and brought in innovation at the right place and right time for enterprises.

Sanjoe said that there are many products out there providing pin-pointed solutions that impact one or two steps in the hiring process. However, for enterprises, such disparate systems are a significant headache because they lack a seamless experience, pose data issues and have major inefficiencies from time-consuming data entry and reconciliation processes. Ultimately, it leads to user dissatisfaction for all parties involved.

“Some have tried to integrate such disparate systems themselves but the performance is far from optimum and adds major overheads. With Talview, however, we go beyond basic tracking and reporting and enable true digitisation of hiring,’ he added.

With the emergence of remote and freelance workforce as a major trend, Talview aims to be the go-to platform for companies to hire professionals in the new economy.

“We target to cross $18 Mn in revenue by 2020 and envision to bring down the time to hire to less than a week for all of our customers by then.”

The assessment services market is projected to cross $750 Mn by 2021 in India as per a report by Research and Markets in May 2018. Globally, this market is even bigger with a size of $4 Bn, growing at a rate of 10%-15% annually. It is expected that by 2025, India is poised to become the sixth largest HRtech market in the world, if not faster.

Investors are also awake to this growth and are definitely keeping a close eye on the sector. According to DataLabs by Inc42, the HRtech sector garnered $504.8 Mn funding in 2018, which is a 207% rise from $164.2 Mn funding in 2014. In 2019 too, there has been a rise in investments in HRtech startups with HR Path raising 100 Mn euros with backing from ANDERA Partners, skilling platform Coursera raising $103 Mn in a Series E equity round; and SaaS-based Skillenza raising $1 Mn in a Pre-Series A round led by CBA Capital’s Education Catalyst Fund.

With such an investment buzz in the domestic Indian market and for international players, Talview is looking to expand its presence to North America as well as Southeast Asia. The company also has plans to have a physical presence in Europe by the end of this year.