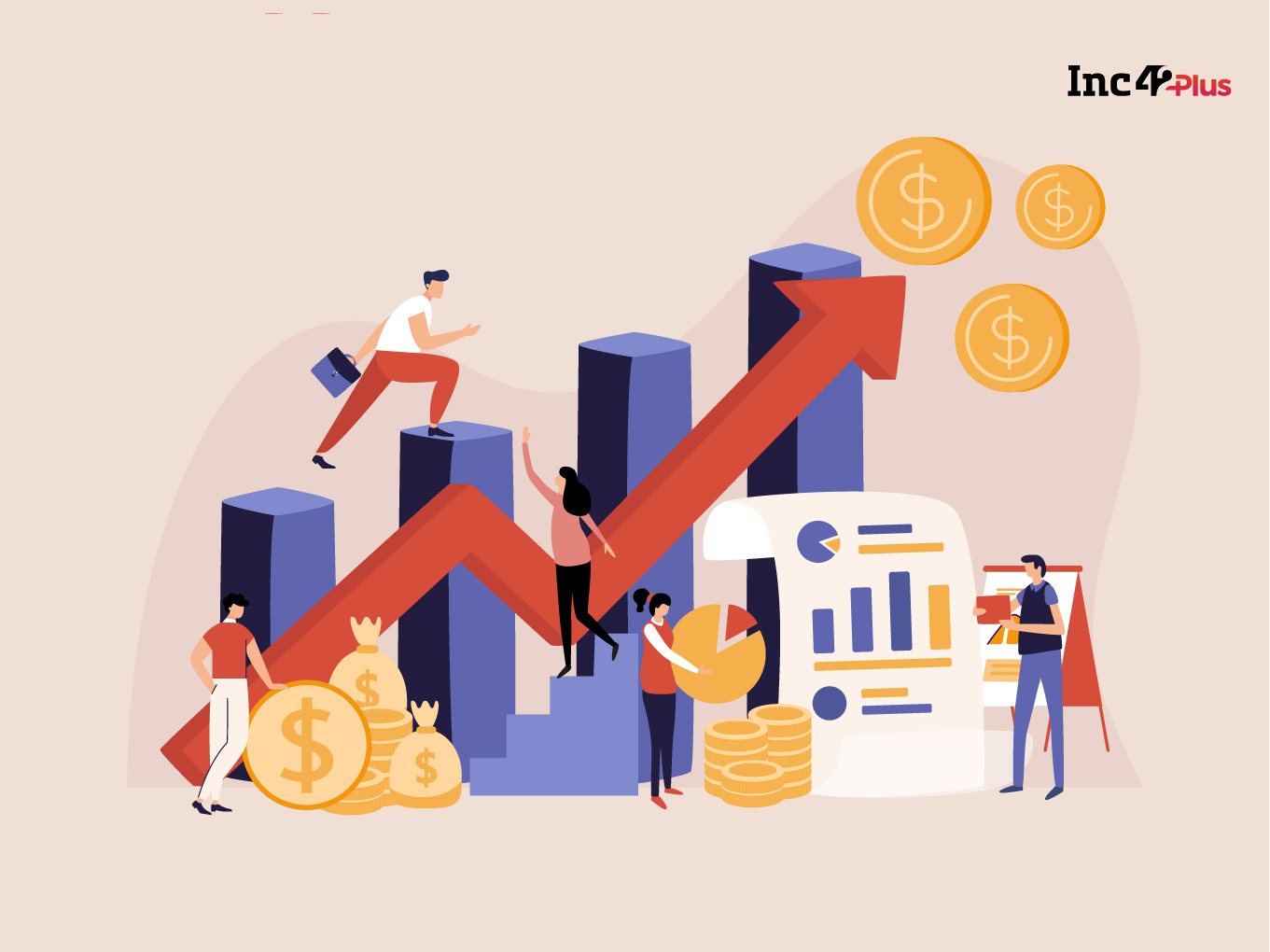 CRED has offered the buyback programme twice already in 2021, once in January and the other in April

About 5Mn new Dematerialisation (Demat) accounts were opened in the first nine months of 2020, as reported by Central Depository Services Limited (CDSL) which is half of all the accounts opened in the last five years

India has seen Employee Stock Ownership Plan (ESOP) buybacks happening even before the pandemic set foot in the country. However, the pandemic gave speed to Indian startups to initiate ESOP buybacks and reward their employees. From Flipkart’s $500 Mn share buyback in 2018 to Swiggy’s $7 Mn – $9 Mn programme in 2021, the number of startups taking support of such benefits have been rising month after month. Interestingly, CRED has offered the buyback programme twice already in 2021, once in January and the other in April.

Recurring lockdowns and a blasting number of Covid-19 cases have created a chaotic working environment and a depleting money trove for companies. As businesses shut down, work is being impacted and employees laid off. From the food delivery giant, Swiggy to health and fitness startup, Curefit, many let go a large number of their employees and also slashed salaries in 2020. However, the latter part of FY2021 was an optimistic journey to a flurry of ESOP buybacks, rapid hiring and the situation getting back to its previous ‘normal’. But when so many startups hop onto the buyback ride, it is imperative to ask ‘why?’.

The trend of buying back shares is a glorified way of retaining employees by not shelling out all the cash. ESOPs are options offered to employees over and above their salaries to either encash in the case of unlisted companies or convert into stocks at the share market for listed companies. ESOPs lure employees as they are a gateway to be a crucial part of the company and create wealth through the company’s success. At the time of growing financial literacy in the country, where 69% of investors at the brokerage firm, Zerodha, lie in the 20-30 age group, according to a report, and about 5Mn new Dematerialisation (Demat) accounts are opened in the first nine months of 2020, as reported by Central Depository Services Limited (CDSL) which is half of all the accounts opened in the last five years, ESOPs do attract. Making money work and building a second income has encouraged youngsters to invest and also look at it from an optimistic view, thus easing the process for startups to magnetise talent even when they do not possess as much cash.

With rising ESOP buybacks, employees are encashing their vested stocks and selling them over at a premium, thus enjoying the fruits of their company’s success. Changing the lens, we find startups pulling in benefits from the programme by keeping the ownership control to themselves and letting cash out of the system only when they can. As the pandemic twists and turns its way through 2021, companies have now understood the working procedure even while working from home. This has reduced the depth of their fall and has allowed firms to handle sudden seismic changes.

Learn The Good, Bad And Ugly Side Of ESOPs

Bringing normalcy to work has pushed companies to work smarter around the situation, earn higher revenue and bag profitable deals. Let’s look at the latest ESOP buybacks from startups who have moulded their work system well enough to initiate such a programme during a pandemic.

Simplifying credit card management for the community, this three-year-old startup initiated yet another ESOP buyback in April 2021 worth $5 Mn after holding its first buyback plan worth $1.2 Mn at the beginning of this year, in January. With its Series D round of funding, CRED raised $215 Mn, with its valuation taking flight and landing at $2.2 Bn and crowning it the newest unicorn. The round was led by a new investor, Falcon Edge Capital and the existing investor, Coatue Management LLP amongst many others.

CRED’s founder, Kunal Shah tweeted, “Our growth in the past year has demonstrated the potential value of the high-trust, low-friction platform the CRED team has been building and has earned conviction of investors.”

The fintech startup, Razorpay, announced its third Employee Stock Ownership Plan (ESOP) buyback programme last month, in March. With a 256% Y-o-Y growth in onboarding new businesses in 2020, it has been triumphantly moving forward even during a pandemic.  The payments firm is buying back stock options worth $10 Mn from 750 of its former and current employees. The volume of vested shares that can be sold by the employees has risen, from 30% in its second ESOP buyback held in November 2019 to 33% in March 2021. The startup’s investors, Sequoia Capital India and GIC will be buying these ESOPs from employees across departments.

Joining the list of startups engaging in ESOP buybacks, Cashify announced its first-ever ESOP programme in March 2021. A buyback plan worth $1 Mn will allow employees to liquidate up to 35% of their vested ESOPs. This move was initiated after it raised $15 Mn from New York-based, Olympus Capital Asia, in a financing round. A way to retain employees and contribute to their wealth creation, Cashify believes that it will be a great way to unlock value.

If you are a startup or an employee that is leveraging the ESOP option or has benefited from buybacks and want to share your team’s and the company’s journey, follow the below link to send us details.

Tell us how you came up with your policies, the key things you wanted to address through it, obstacles in formulating it, what your employees have to say about it and more, and we will highlight your story, showcase your culture and set an example for other startups to follow the lead.

Tell Us Your ESOP Experience

The custom manufacturing marketplace, Zetwerk, liquidated its ESOPs, worth $8.3 Mn from its employees as well as early investors in March 2021. A large chunk of its 400 employees took part in the liquidation process in three rounds. This programme was kicked off after the Series D funding round led by US-based Greenoaks Capital and Lightspeed Venture Partners helped the startup raise $120 Mn. Sequoia Capital and Kae Capital, which are its existing investors also participated in the round. Founded in 2018, the company has raised $193.7 Mn to date.

The Mumbai-based cloud web and mobile testing platform bought back its shares from the employees who had been in the company for more than two years, in February 2021. However, it did not disclose the buyback value; it was its first time at the ESOP buyback programme and it experienced 50% participation from the eligible group. The company claims to have doubled its headcount since 2019 and feels that it is necessary to reward the employees.

The sleep solutions D2C brand, Wakefit.co, announced its ESOP buyback programme in January 2021 worth INR 15 Cr. The proposed plan is set to benefit 15-20 senior employees in generating wealth. This decision came about after the startup’s Series B funding round led by the investment management firm, Verlinvest and Sequoia India Capital, where it raised INR 185 Cr. The home-solutions based company will also be adding 50-60 more employees to its ESOP pool to expand the stock options’ advantages to a larger number of its employees.

Cracking the edtech space, Unacademy introduced its second ESOP buyback programme in December 2020 worth INR 25 Cr – INR 30 Cr. The vested ESOPs were availed for liquidation between 25%-100% by 145 of its current as well as former employees.  Employees who were a part of the company for more than a year and had the company-granted ESOPs took part in the programme after the edtech giant entered the unicorn club last year. The buyback programme took place after the company’s funding of $150 Mn from SoftBank.

The fintech startup rewarded its 100 employees in December 2020 by initiating its ESOP buyback programme for those who have been in the company for two years. In the event, up to 25% of the vested stocks of the eligible base can be liquidated. The neobanking startup has been growing and even provided 10-12% salary hikes to all its employees in 2020 when the pandemic had locked everybody inside their homes.

Claiming to have delivered 100 Mn orders from March to October 2020 in the midst of a country-wide lockdown, the food delivery startup, Swiggy’s confidence in consumers has grown. With the notion of giving back to its employees, Swiggyy initiated the ESOP buyback worth INR 51-66 Cr in November 2020. Over 40% of its current employees and those that parted ways from the company in 2020 enjoyed the opportunity to liquidate their ESOPs at up to thrice the premium of the allotted price. This was the second programme hosted by the company as the business recovered from the pandemic scare.

FirstCry bought back 13,09,860 equity shares each at INR 234.8 per share for an aggregate of INR 30.75 Cr in October 2020. With surplus funds in FY20, the company participated in an ESOP buyback programme. It also entered the unicorn club after the infusion of $300 Mn from SoftBank Vision Fund.

The discount brokerage firm, Zerodha, gifted ESOP buybacks to all its employees on its 10th anniversary in September 2020. 700 of its employees are claimed to have benefited from the INR 60-65 Cr of buyback. The liquidation benefit has been offered to the senior management as well as the other staffers in the company. Zerodha has not raised any capital since its inception in 2010.

For the people wanting to learn more, Inc42 Plus is hosting ‘WTF: Startup Equity aimed towards simplifying ESOPs, term sheets and valuations for startups. Scheduled for June 5, 2021, the event will highlight stories and learnings of startups and employees.

Learn From Stories Of Startups And Stalwarts