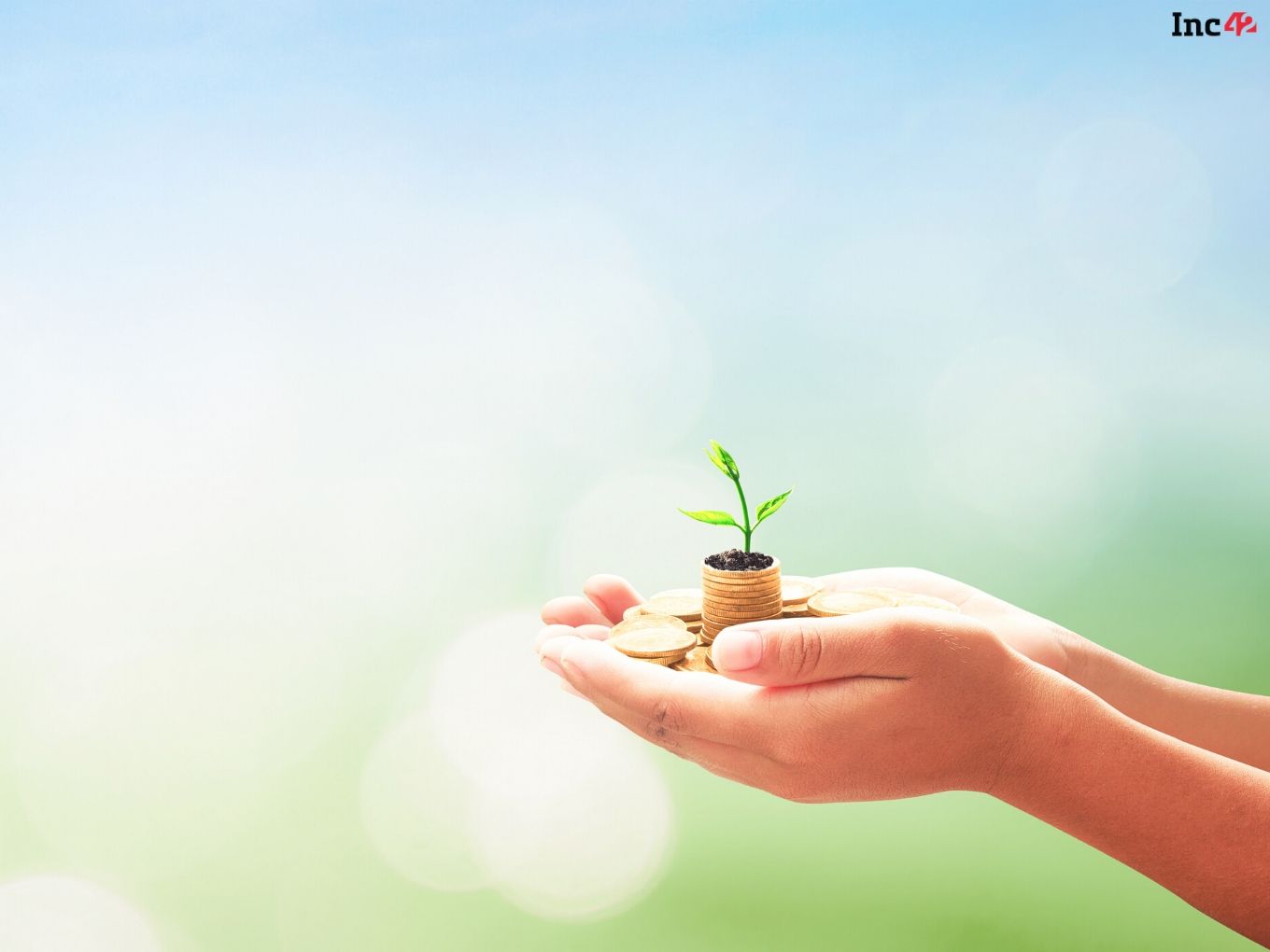 Seeding Kerala 2020 was held on February 7 and 8 and was attended by over 200 people at Mariott, Kochi

During the summit, seven startups announced the funding received

The summit also saw Anil Joshi, managing partner, Unicorn India Ventures announcing the contribution of other investors to his fund

In a bit to boost investments and participation of the HNI and investor community of Kerala, the state’s most proactive startup enabler, the Kerala state government, recently held the fifth edition of its Seeding Kerala initiative. Held on the February 7 and 8, the event saw a participation of over 200 stalwarts from the enabler community of Kerala.

“Funding startups is one way to attract startups to come to a state, city or any location. And I’m very glad that this event, Seeding Kerala, is an event focussed on creating new funding opportunities for startups. As usual, Kerala is thinking outside the box to support and fund startups,” Infosys cofounder and Axilor Ventures chairman Kris Gopalakrishnan, the keynote speaker at the event, told Inc42.

Starting with an inauguration ceremony with Saji Gopinath, CEO, KSUM, M Sivasankar IAS, principal secretary, electronics and IT, Government of Kerala and Gopalakrishnan, the summit focussed on having talks and discussions regarding the lack of investor participation and importance of boosting just that.

Where Gopalakrishnan revealed that he wanted the Indian startups to look at IPOs and that the lack of interest in the same is his biggest complaint, he added, “Let the Indian public own these startups and in return, they will get the wealth being created.”

From helping startups across different sectors work out their issues to helping the HNIs and investors see the opportunities that lay ripe for the taking in Kerala ecosystem, Seeding Kerala 2020 did it all.

Here are some of the highlights from the two-day investor education summit:

Opportunities In She Economy

Joining as panellists for this discussion were Seema Chaturvedi, founder and managing partner, AWE Funds and Sabeena Shaji A, deputy vice president, Federal Bank. As the curator, SR Nair, founder, Mentor Guru, joined the two on the stage. Addressing many concerns of women entrepreneurs in India, this session focussed on the struggles they face in setting up their firms, attracting investments and more.

“The sad truth is if less than 3% of angel funding is going to women and there are about 15 to 20% enterprises that are owned by women, it’s a reflection of the need to have proactive action,” said Chaturvedi during the session.

To talk about the ways in which an entrepreneur can build their startup to do good in the community as well as earn money, this invigorating session had a panel of two social impact startups and an investor focussing on finance, real estate and other capital-intensive fields.

Ravichandran Natarajan, head, venture philanthropy and social capital, Social Alpha and Amit Antony Alex, India country director, Upaya Social Ventures, spoke extensively about their experience with social impact startups in the country. And Binuraj S, partner, Equifin Venture Partners joined the two to talk about the perspective of an investor that has for long looked at capital-intensive sectors to invest.

“We want to have profitability and social impact as two problems that the businesses are trying to solve and probably both in general and in equipment. And many times the customer choice itself will push companies to do that. One example I can give of that is fuel efficiency,” said Alex.

Brick By Brick – The Kerala Story

This panel about the state of the startup ecosystem development in Kerala included leading names from the local startup community such as Navas Meeran, angel investor and Chairman, Eastern Condiments, Nanda Kumar, president and CEO, Suntec Business Solutions, Sam Santhosh, founder and chairman, MedGenome. As a curator, the speakers were joined by G Vijayaraghavan, founder and CEO, Technopark and ex-member, State Planning Board.

“There are some specific advantages that Kerala brings to the table. But of course, there are some challenges as well. So as investors or entrepreneurs, we shouldn’t look at that as the main key. Look at the business. Look at the viability of that, it shouldn’t be a big positive or a big negative. Geography always matters but geography shouldn’t be the critical point. Unless it is so interlinked to the business that it adds a lot of value to the business or it adds a lot of negativity to business,” Sam Santhosh, founder and Chairman, MedGenome told Inc42.

Following the theme and agenda for the summit, the second day saw seven startups from Kerala announcing the funding they have received from the investors. Leading the list was the edtech startup, Entri, who scored $1.4 Mn in a funding round led by Good Capital.

Soon after the announcements, Anil Joshi, managing partner, Unicorn India Ventures, took to the stage and said, “Usually I am here to announce my investments but today I am here to announce the investments I have received from the angel investors in Kerala.” He elaborated on the same revealing that Raveendranath Kamath, Angel Investor, Kerala Angels Network and Babu Sivadasan, cofounder, chairman and CEO, Paanini Inc, had invested an undisclosed amount to his venture.

Talking to Inc42, Joshi said, “Traditionally investors from Kerala invest in real estate, gold and FDs, and are not very active in investing in startups because the awareness is pretty low. The investment from Babu and Kamath helps us in showcasing that AIF as an asset class is growing. And also prove to local investors that AIF enables investors to explore wealth creation through investment in funds focussed on startups.”

Joshi further said that as one of the most active investors in Kerala, the fund expects to make 8-10 investments in Kerala from their second fund.

Exploring space tech as a beneficial sector for the startups, this panel discussion had Ravikanth Reddy, angel investor, Mumbai Angels, Sanjay Nekkanti, founder, Dhruva Space, Mahesh Murthy, founder and director, Exseed Space. Discussing the benefits and the hurdles that startups in the sector face in scaling and growing.

Joining them as curator was Sachin Karnik, president, Mumbai Angels Network, who asked the panellists questions regarding the troubles they faced and what lacks in the space tech sector in India.

“The opportunity is to build at Indian costs and sell at international prices,” he added.

Kerala boasts of having one of the most robust ecosystems for hardware startups, with entities such as Maker Village and India’s first hardware accelerator, Brinc, both proactively taking initiatives and measures to help this ecosystem further. To discuss this focus of the state on hardware and the opportunities that lie in the same this session had Kamath and Joshi, who were joined by Nikhil NP, cofounder and CTO, Gen Robotics and Akhil A, cofounder and COO, Sastra Robotics.

The curator for this session was Ajit Moopan, president, Kerala Angel Network who asked the panellists about the hardware ecosystem in Kerala and comparing it to that of Tier 1 cities.

“See, the hardware startups can flourish in tier 2 and 3 cities as well. One does not necessarily have to be in Tier 1 city for it. The right support from the enabler community is what matters. Kerala, in that context, is the best place for a hardware startup to build its operations and product,” said Joshi.

Apart from these sessions, Seeding Kerala 2020 had closed-door and invite-only masterclasses for the HNIs and investors and Investor Cafe to enable the interaction between startups and investors.

During the closing ceremony of the two-day summit, Gopinath and Sivasankar were joined by Virginia Tan, cofounder, Teja Ventures. While thanking KSUM and Gopinath for their support, she revealed that Kerala was the first place to host She Loves Tech, a global initiative that she heads.

“Before I got introduced to KSUM, I had very little understanding of the ecosystem here in India. But just looking at the startups today, some that have been funded, others acquired, I think it’s a huge testament to the fact that you are creating this large ecosystem in Kerala,” she added.