Inclusion Should Be The Top Agenda For Investors, Government, Say Women Business Leaders 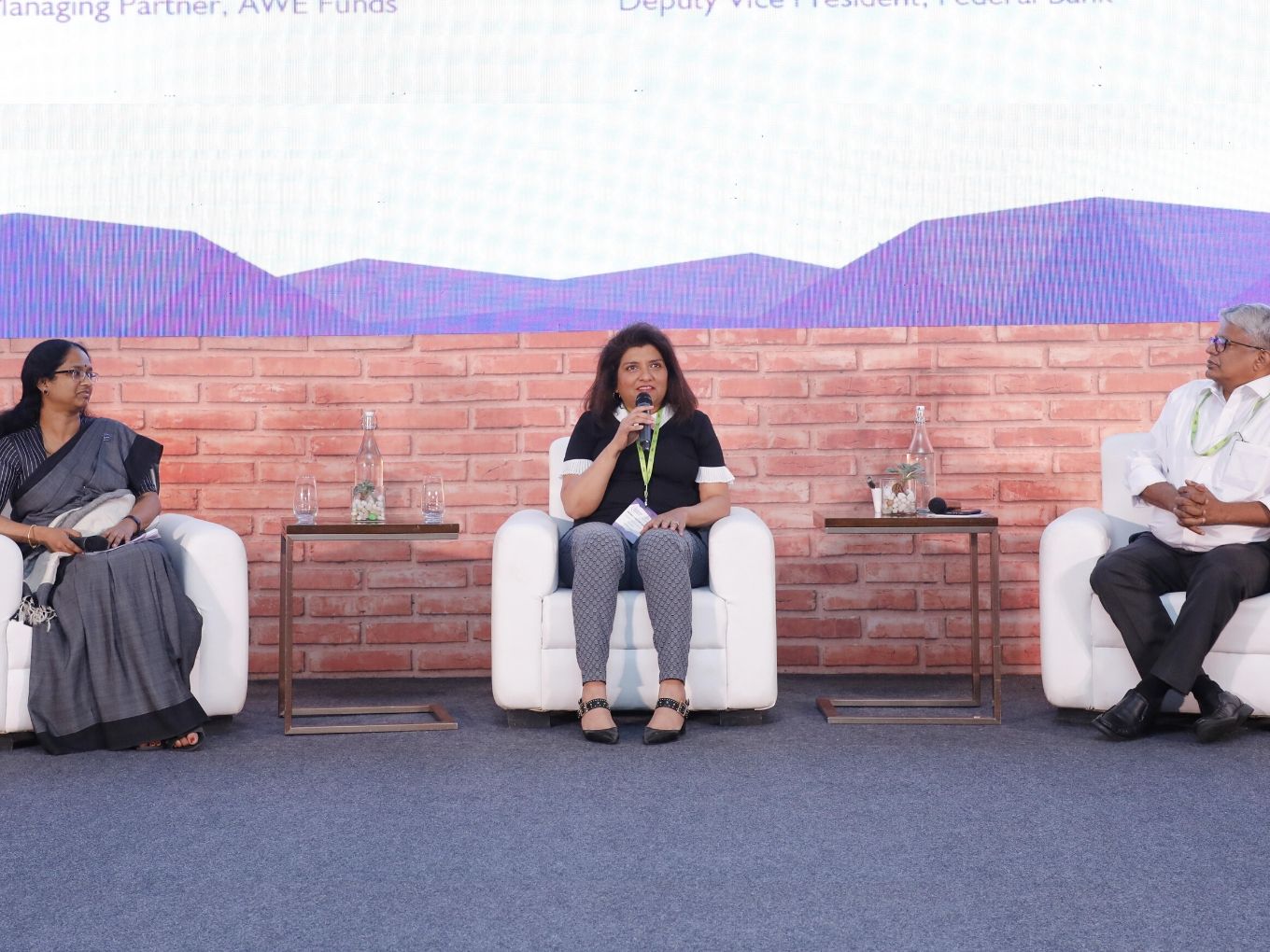 Less than 3% of angel funding is going to women-run companies, but women own 15 to 20% of all enterprises

“The sad truth is if less than 3% of angel funding is going to women and there are about 15 to 20% enterprises that are owned by women, it’s a reflection of the need to have proactive action.” – Seema Chaturvedi, founder and managing partner, AWE Funds

At Seeding Kerala 2020, women entrepreneurs and business leaders dove into the world of inclusion and gender gap in the startup ecosystem in a session titled ‘Opportunities In She Economy’. Along with Chaturvedi, Sabeena Shaji A, Federal Bank deputy vice president was part of the panel with SR Nair, Mentor Guru founder as the curator.

The Sixth Economic Census released by the Ministry of Statistics and Programme Implementation in 2018 said that out of 58.5 Mn entrepreneurs, merely 14%—i.e. 8.05 Mn—were women. This covers entrepreneurs across various sectors. And these women-owned businesses provided employment to over 13.45 Mn people.

Why is there still apprehension about women-led startups in 2020? “They have to be absolutely perfect for people to believe in them,” said Chaturvedi, about how investors and market partners look at businesses run by women.

“Most women start businesses which are solving the problems that are here and now.” There are many MSMEs in India and women run a substantial number of these, explained Chaturvedi.

Nair asked Sabeena about the struggle that women-owned MSMEs face in getting loans and other facilities from banks. Is the lack of financial support from the financial institutions hampering gender inclusion and contribution in the economy?

Sabeena explained, “The major issue is that banks are bound by a lot of regulations in an increasingly formalised economy such as ours, we are restricted in our offerings of collateral-free loans. And when it comes to collateral security, the traditional land ownership laws, personal laws don’t have many women owning land property as collateral. This is a socio-economic issue as well.”

She further explained that due to these reason women have today limited themselves to Mudra loans or government-funded schemes and this is a hindrance for them in scaling up.

As a solution to that banks are trying to come up with new ways of helping these entrepreneurs, Sabeena explained, “Banks like ours, Federal Bank, we have a lot of digital platforms, where we try to partner with them, help them to scale up, help in marketing their products. But even then there is a long gap there.”

Nair pointed out the 2018 partnership Federal Bank and Unicorn India Ventures for a venture-debt fund as an example and asked what more can be done, “In that context, the Union Budget 2020 has a very interesting proposal, though we are yet to see how it comes forward, but for the first time we have announced subordinated debt issue for entrepreneurs. So banks are now to issue subordinated debt.” She further went to call the move by the finance minister as a relief to the biggest “headaches of banks since historic days—funding MSME entrepreneurs.”

Gender parity was among the topics that were discussed by the panel extensively, “India fell four places in the gender parity rankings, behind China, Sri Lanka and Bangladesh,” exclaimed Chaturvedi.

“80% of the total earning of women goes to her family, children and community. We are not giving sufficient representation to women.” She added that creating more inclusion will help the Narendra Modi government achieve its economic goals of $5 Tn GDP and more.

Responding to the questions from the audience, the panellists opened up about the challenges of trying to convince the male-dominated investor community of the problems they were trying to solve. “When it comes to the femtech sector, men don’t understand it at all,” Chaturvedi said.