Rates Of Facebook Ads For Businesses Have Doubled. Is The Give More Than The Take?

Rates Of Facebook Ads For Businesses Have Doubled. Is The Give More Than The Take? 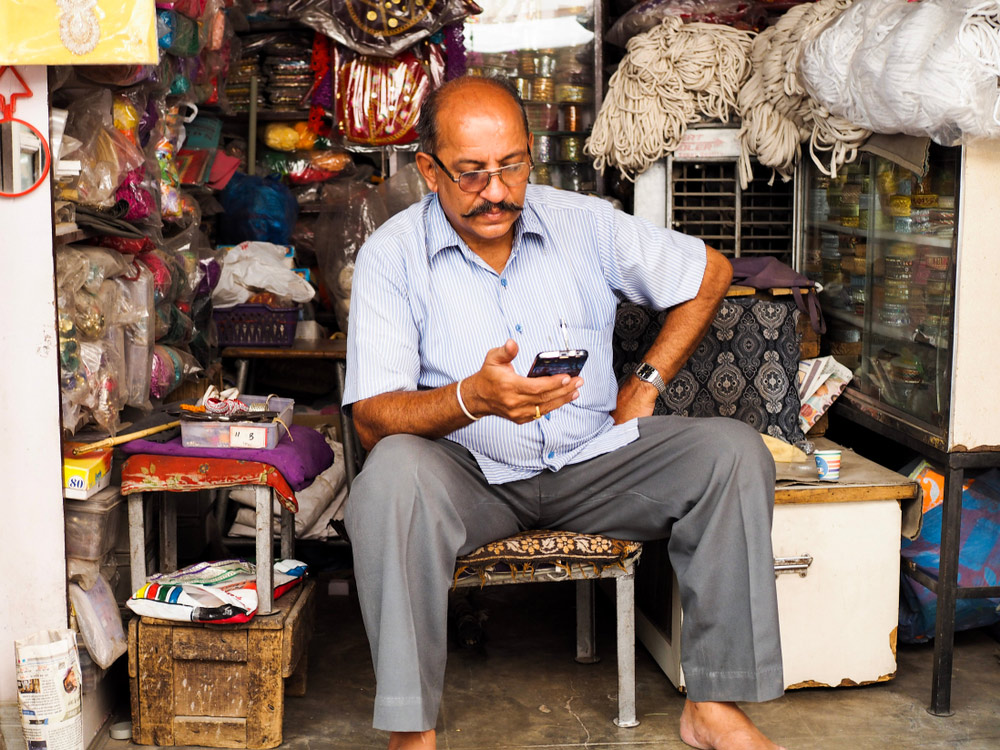 In February, Facebook did something it doesn’t usually do in India — it advertised (with India having the highest number of FB users at 270 Mn, ahead of the US, it hardly needs to). The social media giant put aside a big spend for a consumer outreach campaign both in print and digital, designed specifically for India. The only other time in recent memory when Facebook advertised in India was when it spent millions of dollars on an aggressive internet.org (Free Basics) ad campaign but that wasn’t solely focussed on brand Facebook .

The consumer outreach campaign went with the tagline ‘Live What you Love’, but the underlying key messaging was clear — how Facebook can help small entrepreneurs and local businesses promote their products and services. One such video ad is a slice in the life of Sunny Brar, a biker who loves dogs and road trips to Manali.

The short video shows scenes from Sunny’s seemingly blithe life, until he reveals that he has a startup — a cafe, where he’s combined his other two passions, books and food. Sunny uses Facebook to promote his venture.

The ads were supposed to showcase how ordinary Indians — read Bharat — are using Facebook to drive their businesses. Some of the ads, however, seemed unrelatable to many because they seemed to crafted for consumption by the urban, English-speaking audience.

Be that as it may, what is important to note is the timing of the ad campaign — it came just a month after Facebook’s fresh News Feed algorithm kicked in. The new algorithm was influenced by chief Mark Zuckerberg’s promise to prioritise “meaningful interactions” from friends and family over content from brands. Zuckerberg is still reeling under the pressure to curb fake news, the impact of foreign interference in elections in the US and globally, and the after-effects of Cambridge Analytica scandal.

A January post on FB Newsroom read: “Facebook was built to bring people closer together and build relationships. One of the ways we do this is by connecting people to meaningful posts from their friends and family in News Feed. Over the next few months, we’ll be making updates to ranking so people have more opportunities to interact with the people they care about,” the post said.

This meant that brands would get less real estate on FB News Feed than previously.  Cut to today, and this move has resulted in the cost of advertising on the platform in India rising by as much as 100%. Before the new algorithm was rolled out in January, the average cost per thousand impressions — called cost per mile (CPM) in digital advertising language — on Facebook was about INR 150. Now, it is about INR 300. So while FB was promoting its ad platform, it actually made advertising expensive for small businesses.

A couple of years ago, Facebook revealed that around 2 Mn small businesses were actively advertising on its platform in India.

Facebook was yet to respond to Inc42’s queries at the time of publishing this article.

How does the doubling of Facebook’s ad rates really impact digital advertisers and local companies that rely on Facebook for their business promotions?

From Inc42’s conversations on the matter with people, one thing became clear — even before the algorithm change, the price of advertising across digital platforms were seeing an upward swing, driven by the surge in digital advertiser demand arising out of India. The January move by Facebook just made the rate hike appear more sudden.

“The cost has been increasing since 2015-2016 and has doubled since last year. If you were running an ad for INR 10 a click in 2017 September, it is now at least INR 20 a click now,” said Shashank Chourey, founder and CEO  of India Infotech, which claims to be India’s biggest digital marketing agency.

Another reason why the cost of advertising on Facebook is going up is that the growth of impressions on the platform hasn’t kept pace with the rise in the number of advertisers that have come onboard Facebook.

“The advertisement cost for a subscription-based campaign has gone up by at least 20%-50% (including spend on the Facebook-owned Instagram) and this is true across various sectors ranging from education to real estate,” said Ajay Anand, founder of AdClear Digital Marketing.

According to Gurbir Singh, the director of accounts at AdClear and also a co-founder, said if this trend continues, Facebook will become a far more expensive medium compared to what it was earlier. “Earlier, one used to think of Twitter or LinkedIn as far more expensive platforms, but Facebook is now started to inch towards the premium cost category,” said Singh.

Even though the people Inc42 spoke with agreed that the price of advertising on Facebook has increased, they were quick to add that it is still much cheaper than other digital ad platforms because the levels from which the ad prices were marked up were quite low to begin with. For example, if an advertiser was paying INR 2 for a like, she is now paying INR 2.5.

“So, the shift in budgets from Facebook to other mediums might not be that big (it is about 5%-10% in our case) and, overall, it is still not an expensive medium,” Anand added.

The company meanwhile has been showcasing a great track record in India and almost doubled its revenue in FY 17.

In its Q1 2018 earnings, Facebook reported $11.97 Bn in revenue and $4.98 billion in profit for the past quarter, with 91% of its advertising revenue coming from mobile.

“The good news is that because of the change in Facebook’s algorithm, people are now getting more conversions from their ads. Earlier when we ran ads, we were not able the get the extent of reach that we wanted,” said Chourey.

There is much less wastage of impressions, and local businesses are getting more value for money from their ads, which is why irrespective of the rising prices, the demand for FB ads is not decreasing.

The ‘take’ for advertisers rises not with the number of people they can reach but based on how precisely they can target their ads, which the the new algorithm has improved.

Facebook now increasingly provides its suite of customisations, where local businesses are able to  target their ads based on age, interest, demographics, weather, and ad groups, with more precision than ever before.

Give or take, if FB ad prices continue to increase at the rate of 100% a year, small business will increasingly find it difficult to run promotion on the platform. Then there is the fact that advertising on Facebook has gotten increasingly complex when it comes to optimising the performance of campaigns.

The bottomline is — to create an effective ad campaign on Facebook, one needs data and for that one needs to amass subscribers, which is an expensive proposition.

Established companies such as Zomato, UberEats, and Ola are able to spend big bucks on running aggressive ad campaigns on Facebook. But the caveat here is that they are not really able to get direct returns on their ads. “They’re just adding value to their businesses by getting more customers and enabling more app downloads and trials. They can’t calculate profit/loss statements from these adds. There will always be more monetary loss and the profit projections are four-five years down the lane,” explained Chourey.

The above scenario is incomprehensible for smaller businesses like Sunny’s cafe in Manali.

But Facebook is not the only way local businesses can drive up their revenues or promote their services. Increasingly, small entrepreneurs in India are launching their own full-fledged websites. One such mobile-based platform that helps businesses build their websites is the Israel-based Seemba, which has a focus on onboarding Kirana store merchants and claims that more than 50,000 merchants have already installed the app on their phones. Of these, Seemba says, 70% weren’t even on Google Maps or Facebook, let alone having their own website.

Take the example of Digital Pali, an attempt to create a listings website for local businesses in Pali district of Rajasthan, which was started by Mahesh Singh Parihar, a 21-year-old high school graduate. We are likely to see similar efforts pop up across India.

India is slated to have 14 Mn smartphone users by 2020 accompanied by rapidly rising Internet penetration. The country, which boasts more 460 Mn Internet users, is the second largest online market in the world, after China. The number is expected to rise to about 635.8 Mn by 2021.

This, coupled with the wave of entrepreneurship sweeping the country, presents huge opportunities for digital ad platforms. Indian digital ad spending, according to a report by Merkle Sokrati, is slated to touch INR 19 Cr by 2020 at a growth rate of 32% CAGR led by spends on social media.

Facebook, which has half of India’s Internet using population on its platform, is definitely at a place of advantage in the digital advertising space.

As Sunny says at the end of the Facebook ad, “it’s always Sunny in Manali.” In India, there are sunny days ahead for digital ad platforms with an increasing number of local businesses coming online.

But can Facebook may hay while the sun shines or will its ad rates spiral beyond the reach of India’s local businesses? Let’s wait and see.