Cambridge Analytica Row: Facebook Shuts Down Over 270 Pages And Accounts

Cambridge Analytica Row: Facebook Shuts Down Over 270 Pages And Accounts 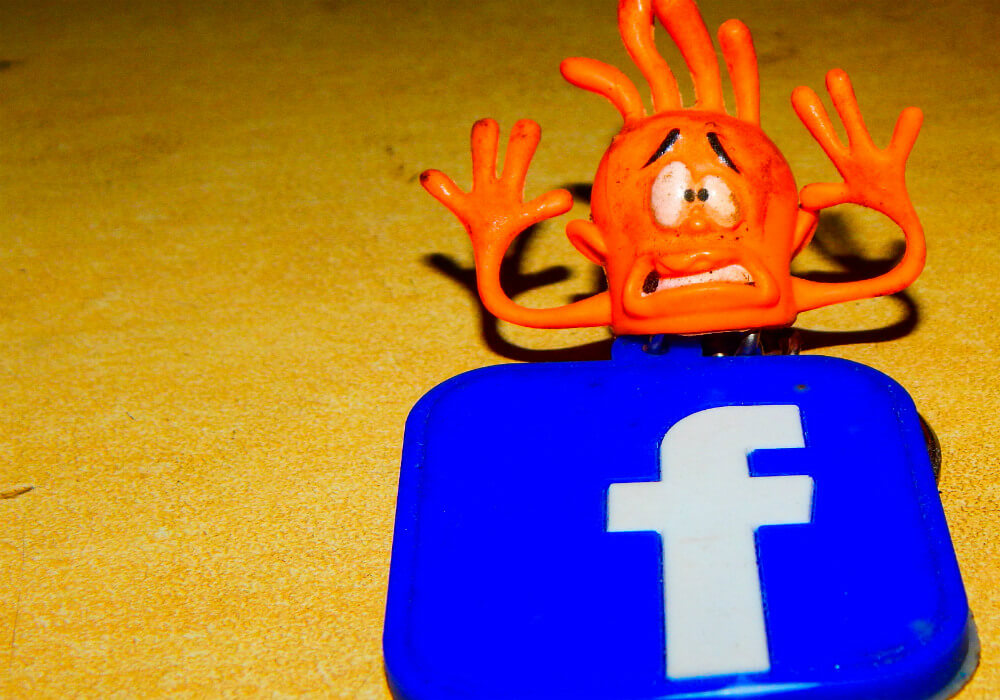 Responding to the Indian government’s notice, recently Cambridge Analytica asked for one more week to respond to the questions sent to the firm by the IT Ministry on issues related to the data of Indians collected by the firm, its intermediaries or associates.

Facebook CEO Mark Zuckerberg, in his Facebook blog, informed that the social media has already taken down more than 270 pages and accounts operated by a Russian organization called the Internet Research Agency (IRA).

Noting that this year, there are important elections across the US, Mexico, India, Brazil, Pakistan, Hungary and many other countries the Facebook CEO stated,

“We’re working on rolling our AI tools out everywhere and in all these languages.”

He further added, “This particular set of pages and accounts was used to target people in Russia and people speaking Russian in neighbouring countries like Azerbaijan, Uzbekistan, and Ukraine. In this case, some of the pages we removed belong to Russian news organizations that we determined were controlled by the IRA. About one million people followed at least one of their Facebook pages and about 500,000 followed at least one of their Instagram accounts. In the next few weeks, we’ll release a tool so you can check if you liked or followed an IRA-controlled account.”

‘Security isn’t a problem you ever fully solve,’ Zuckerberg, in a recent interview to Vox, stated that it would take at least a few  years to address the issue and that there are going to be 20,000 personnel that will work on issues related to security and community by the end of this year.

The Facebook-Cambridge Analytica scandal has taken the centre stage of the media, the world over and India is no exception. As the European Union is set to introduce a new General Data Protection Regulation (GDPR), Israel, UK, US and many other countries – high-level investigations, India has sent notices to both Facebook and Cambridge Analytica to respond over the data breach. No summons have been made so far.

While many political parties including the BJP, Congress and the JDU are accused of being the clients of Cambridge Analytica, Union Minister of IT and Law Ravi Shankar Prasad, however, stated that any attempt by social platforms like Facebook to influence the electoral process will not be tolerated and that if need be, Zuckerberg could be summoned by the government.

The Indian government is already preparing a data protection bill draft after the Supreme Court’s comeuppance for not bringing any law to support the right to privacy. However, the existing laws such as Section 43 and 43A, Section 66 and Section 72 of the IT Act along with the intermediary guidelines, have provisions to govern platforms such as Facebook, say legal experts.

With the growth in connectivity and mobile usage, the Indian consumers have in huge droves started to consume their news on Facebook (in line with global trends). Multiple studies and surveys conducted have shown that a large portion of the Internet users turn to either Facebook or Whatsapp, which is also owned by the California-based company, for news and as such words of Zuckerberg reverberate strongly here.

Facebook Chief, Mark Zuckerberg made it a point to differentiate Facebook from other corporations by citing the fact that it has over 2 Bn users that span the globe and hence it is more like a government. Zuckerberg said the needs of the community formed the basis of every decision at Facebook contrary to what is being currently speculated.

That speculation refers to the data harvest scandal that broke out last month when it was revealed that details of over 50 M Facebook users, over a quarter of potential U.S. voters , were collected by an app called “thisisyourdigitallife”, built by academic Aleksandr Kogan, separately from his work at Cambridge University.

Kogan’s company  Global Science Research (GSR), in partnership with British analytics firm Cambridge Analytica asked hundreds of thousands of users to take a personality test and agreed to have their data collected for academic use for which they were paid.  But the unknown catch was that the app also collected information of the test-takers’ Facebook friends, leading to a data pool of tens of millions of people.

According to Zuckerberg, success is not measured by the lack of issues rather by “how we deal with those problems”. Zuckerberg reiterated his vision of the social networking site being a platform as the means to build a global community and adding that ‘sales’ is not the primary focus of his work.

If this was to be the barometer of measuring the success of the social platform, then it has had its period of failure. As of last week, the company had lost over $80 Bn in market value over the scandal.

Since the story was broken by Guardian’s Observer (in partnership with The New York Times and Channel 4), Zuckerberg was caught between a rock and a hard place when he took exception to the use of the word data breach in the story saying it wasn’t the case but the ‘alternative facts’ weren’t t pretty either which is – the existing  tools and rules of the company put Facebook users at risk, that the company did not take immediate action after knowing about it as early as in 2015  and  that the platform  was used by Russian entities in an attempt to influence the U.S. presidential elections.

Zuckerberg has gone to extensive lengths for mending ties after breaking his initial silence that lasted a couple of days, by issuing full-page apologies in leading newspapers and also going on news channels and answering questions. It hasn’t been easy.

Cooking Up A Storm

Facebook has been criticised in the way it collects and monetises user data and the latest voice. To echo that sentiment, Apple CEO Tim Cook said that his company did not treat its users as its product and on the question of what he would do if he was in Zuckerberg’s shoes, Cook said, “I wouldn’t be in this situation.”

This touched a nerve with the Facebook Chief who said that the company takes the need of the community in all its decisions and that “it’s important that we don’t all get Stockholm syndrome and let the companies that work hard to charge you, to get to convince you more than they actually care more about you. Because that sounds ridiculous to me”.

In his chat with Ezra, Zuckerberg called on greater human values like human nature itself which he said was generally positive. He said it is a tough task to craft a global policy when you are headquartered in California and a majority of your users lie outside the country.  He used words like “fair criticism” and “accountability “ and tried to paint a positive picture going forward, especially in the context of fake news.

The 33-year-old said promoting high-quality journalism was one of the major goals of the platform and that the company had seen successful posts, such as  – US elections in combating foreign propaganda.  He mentioned the French elections, reportedly targeted by Russians, wherein 30,000 suspicious accounts were taken down with A.I. enabled tools. He hinted at a possibility of working in close proximity with governments in the future by citing the example of Germany where it has been associated with the country’s election commission.

This initiative, which appears to be a win-win, will have to wait though as the company will have to first address concerns and in certain cases face anger from multiple governments that are still seeking answers. Zuckerberg has denied appearing before the UK parliament (but is reported will be speaking in the US Congress) and last week its executives were acutely grilled by lawmakers in Singapore, a video of which went viral.

Tech companies have until now believed that the best regulation is self-regulation which will now be debated. The U.S. lawmakers have called for transparency laws on ads that would put political advertising on Internet platforms under the same scrutiny regarding the disclosure of buyers as the rules for TV and radio advertising. This demand has also been stated by other top company executives like Virgin Group founder, Richard Branson who stated his support for some form of government regulation and IBM CEO, Ginni Rometty, who called on for greater transparency.

Facebook differs from other big listed companies in the way Zuckerberg retains controlling powers meaning if he wants to implement a change, he can get it done without much interference from anybody else. Facebook transcends people, age, gender, and nationalities. You may know of an uncle or aunty or your own parents who may in other cases be technologically challenged but have a Facebook account.

Thus, the idea of Zuckerberg’s global community may have already been achieved but the challenge will be to make it a platform for doing good or bringing people together and not a platform for false propaganda.  Right now, that challenge looms heavy.

While the European Union having recognised “the Right to be forgotten” will now enable people to demand search engines and Facebook like platforms to remove information about them if they can prove there’s no compelling reason for it to remain, the question is; the Indian government which was lobbying against right to privacy in the Supreme Court during Aadhaar hearings can now take necessary measures such as storing Indian data in Indian territory, right to privacy and summon Facebook and Cambridge Analytica chiefs for the data breach.