PSS Amendment: The Rights And Wrongs Of Making The Payments Board Independent

PSS Amendment: The Rights And Wrongs Of Making The Payments Board Independent 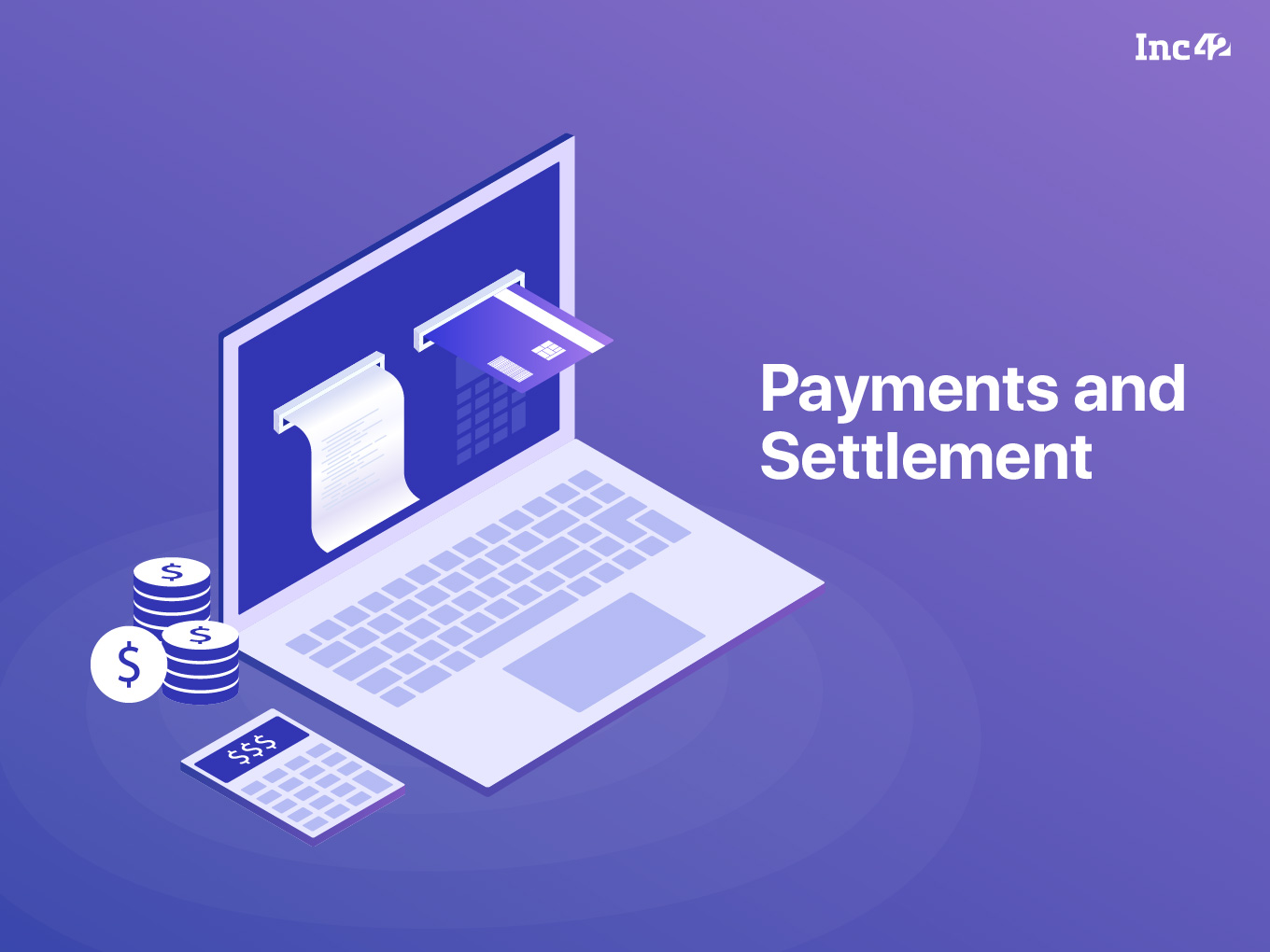 The Payment and Settlement Systems Act 2007 (PSS Act 2007), despite having gone through a series of amendments, continues to remain a point of interest for all related stakeholders and, perhaps, most of all, the central government.

Now, a seven-member inter-ministerial committee, led by Subhash Chandra Garg, the Secretary, Department of Economic Affairs (DEA), has submitted its recommendations to consolidate and amend the PSS Act further.

In a significant move, drawing inspiration from the UK and Australian payments and settlement legal frameworks, the committee has recommended not only that the Payments Regulatory Board (PRB)’s composition be changed but also that the board be made independent of the Reserve Bank of India (RBI).

As of yet, it is the RBI that controls the PRB with the RBI governor heading the payments’ board as well. Speaking to Inc42, Harshil Mathur, co-founder and CEO of payments startup Razorpay, commented, “Overall, the recommendations are good.”

He added, “The RBI currently does not regulate payments gateways, which is good for us. However, there are a number of issues that remain unaddressed. And, there remain some grey areas that are yet to be addressed under the legal ambit. With the PRB being a separate and independent board, it will be relatively easier to address such concerns.”

“There has been a lot of confusion over the regulation. The RBI can’t handle all the large as well as small issues with the same attention. So, obviously, it’s a very progressive move,” said Swain.

However, payments’ companies rejoicement may be short-lived. The PSS Act 2007, which designates the RBI as the authority for payments and settlement in India, has given rise to a power tussle between the central government and the RBI.

And the Garg Committee’s push to make the PRB independent of the RBI is being interpreted as a move by the Centre to wrest control of the board itself. Something that may not bode well for some of the stakeholders.

In its existing structure, the Payments Regulatory Board has six members, of which three are nominated by the central government.

However, despite the previous amendments to the PSS Act, the RBI has remained in the driver’s seat at the PRB with the Governor of the RBI being the PRB’s chairperson, the RBI Deputy Governor being in charge of Payment and Settlement Systems as a member of the board, and another officer being nominated by the board of the RBI.

In the draft PSS (Amendment) Bill, which has 100 sections as compared to 38 sections in the existing Act, the Garg Committee has attempted to change the power equation, seizing the RBI’s control over the PRB. It recommends that:

However, the RBI had earlier suggested to the committee that:

Evaluating the validity of the RBI’s suggestions, the committee observed, “The RBI’s assertion that there could be an intrinsic problem in the regulation of payments if they are not within the ambit of the central bank and might result in regulatory arbitrage appears to be without the evidence. This has been discussed in detail in the analysis of the RBI’s submissions.” 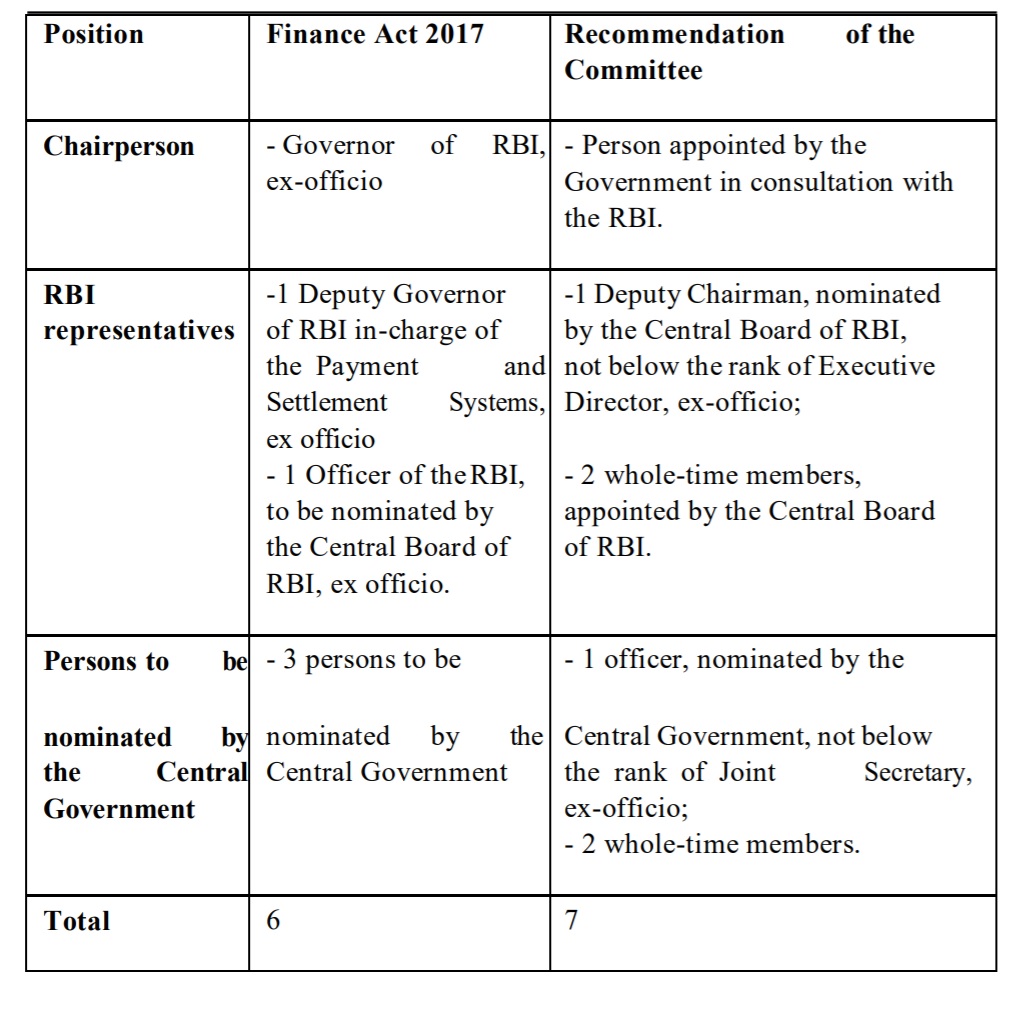 Mathur is of the opinion that the duo, along with the government, should work in collaboration. “It shouldn’t be a matter of collision but of consultancy. Personally, I would like to see the PRB work in sync with the government as well as the RBI. As far as borrowing expertise is concerned, undoubtedly, it is going to be the RBI that will extend its expertise to the Board.”

“Unlike China, which is fully centralised and works on a license basis, and the US, which is decentralised in nature, we are walking the mid-path, and I think it is the right approach,” added Mathur.

PSS Act: A Power Tussle And A Series Of Amendments

Over the years, the government has made numerous committees to overlook the Act and bring more recommendations for its amendment.

In 2014, a Select Committee under the chairmanship of VP Singh Badnore (then a Rajya Sabha MP and currently the governor of Punjab), which approved the amendments proposed in the PSS Act observed:

“RBI should, however, continue to keep a vigil through its oversight over the operation of payment systems like RTGS and through other sources. Notwithstanding these limitations, to create a sense of discipline and responsibility on the part of the market participants to make such disclosures, RBI should consider issuing suitable directions to the system participants through regulations made under the PSS Act or any other Act under which it regulates and supervises the system participants who may be banks, NBFCs or similar entities.”

Further, a committee on digital payments constituted by the government in 2016 made a detailed case for the independent regulatory body for payments and its separation from the function of central banking, management of monetary policy, and operation of payment systems.

The Amendment Bill submitted by the Garg Committee recommends further changes to the composition of the PRB provided in the Finance Act, 2017.

PRB: A Move For Independence Or Greater Control Of The Centre?

Payments companies are rejoicing the development as it heralds the recognition of digital payments as a separate and independent sector from fintech, which includes other verticals such as lending and insurance as well.

The draft recommendations raise a plethora of questions, prime among them being: Why is the government so adamant about seizing the RBI’s powers?

Going by its past record, the government has always looked towards the RBI in all its financial blunders, as if were some genie to magically make them disappear. How can we forget demonetisation, which was announced by none other than PM Narendra Modi himself, and not by the RBI, the regulatory authority accountable for such decisions and their implementation.

Later, however, the buck was shifted to the RBI, with the media questioning the central bank about the black money recovered, and the other after-effects of demonetisation.

The collision and collusion of the RBI and the central government go back a long way and is not restricted to the PSS Act. Back in 2013, when India was undergoing another economic downturn, the-then finance minister P Chidambaram had blamed the RBI for the inflation and economic downturn, saying, “If the government has to walk alone to face the challenge of growth then, we will walk alone.”

To this, the-then RBI governor Duvvuri Subbarao had responded, “I do hope the finance minister Chidambaram will one day say, ‘I am often frustrated by the Reserve Bank, so frustrated that I want to go for a walk, even if I have to walk alone. But thank God, the Reserve Bank exists.”

Not so surprisingly, the power tussle has been less about ensuring accountability and more about finding someone to pin the blame on — in most cases, the scapegoat being the RBI.

If the Centre, in the garb of making the PRB independent, takes control of the body, there are chances that board too is made a scapegoat for policy failures in payments and settlement, resulting from decisions taken at the ministry level.

Besides, like all things controlled by the government, the PRB’s greater dependency on the government is likely to lower its chances to monitor and regulate the sector properly. In the case of many other independent authorities, including the Lokpal, Telecom Regulatory Authority of India (TRAI), Central Pollution Control Board (CPRB), and the Supreme Court of India, where the members need to be appointed by the Centre, appointments are hardly ever made in time. More often than not, they get delayed by months and even years.

Swain commented, “If the PRB also has to work like another bureaucratic organisation, it won’t make sense. What I hope from the PRB is that it brings legal clarity for payments startups and responses to entrepreneurs become faster.”

Payments Regulatory Board: Challenges Ahead

While the National Payments Corporation of India (NPCI), with its IMPS (Immediate Payments Service) initiative, changed the face of retail payments and settlement system in India, the NPCI is currently struggling with UPI 2.0, which despite having been launched, remains a work in progress.

Further, there are a number of important fintech-related areas that haven’t been brought under the legal purview. Cryptocurrency transactions are one of them. The RBI, which has bigger issues to resolve in the economy at large, has currently banned banks from dealing with cryptocurrency entities. Cryptocurrency startups, in their conversation with Inc42, hoped that the PRB would adopt a softer approach to them and pay more attention to the future currency architecture.

Taxation is another issue that the PRB must look into, said Swain. “In today’s times, we are paying 18% GST, which earlier was 12% and then 15%. I hope the committee addresses the taxation issues that have been looming large for us.”

What do you think about the recommendations?