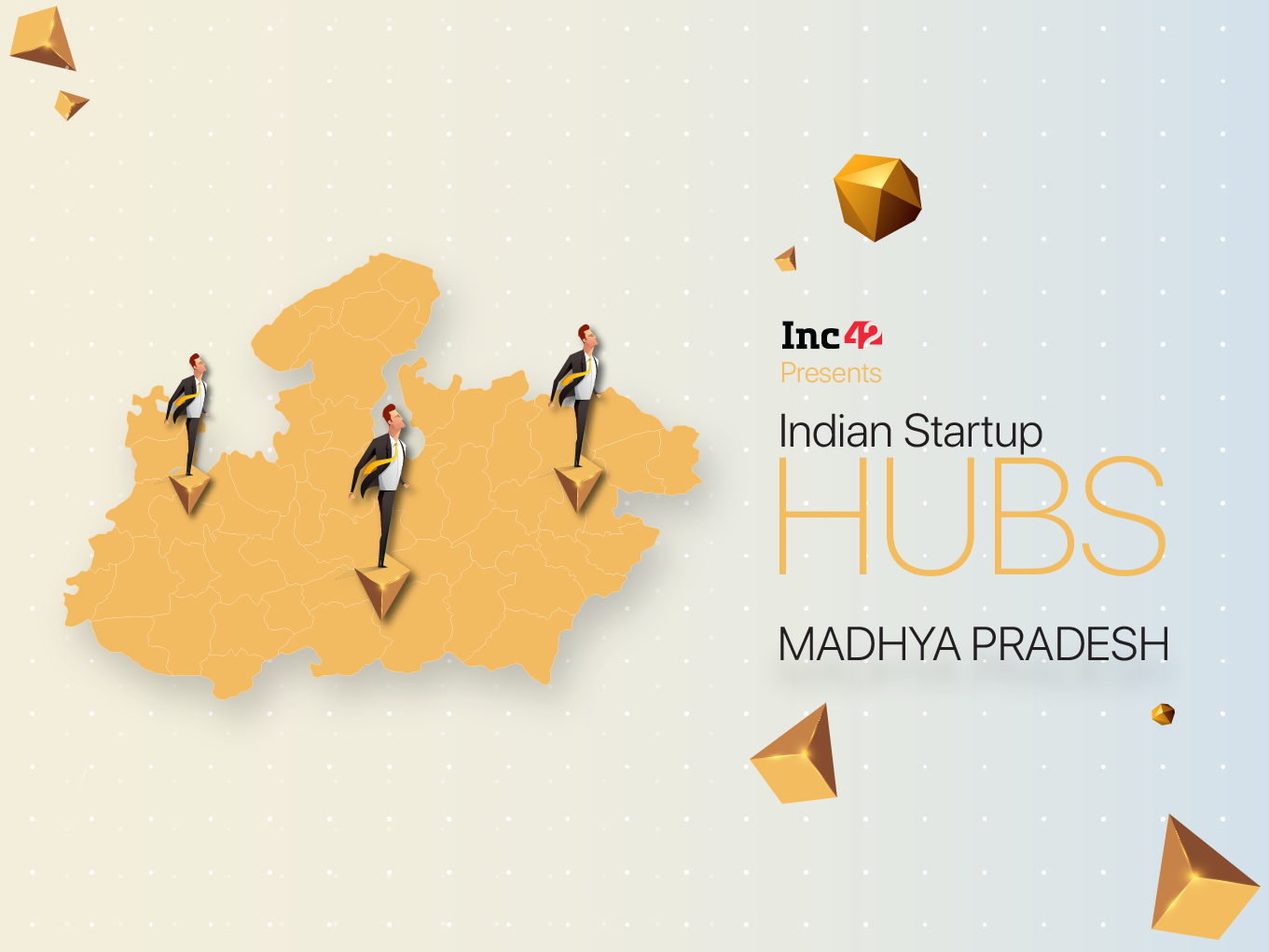 Over the years, the exposure of startups to the mentors in the state has grown immensely

Among the major startups in the state are well-known names such as WittyFeed, Appointy, and ShopKirana

Madhya Pradesh has never been known as an entrepreneurial state, but in the past five years, the state’s startup ecosystem has taken flight with the entry of incubators and enabling state government policies.

Speaking to Inc42, Ronald Fernandez of Atal Incubation Centre, Rabindranath Tagore University, Bhopal said, “Typically 5% of Madhya Pradesh’s college students are interested in taking startups as a substitute career option. Everyone cannot be an entrepreneur but at least a healthy percentage of students are thinking about starting a company.”

Multiple founders and investors that we spoke to, pointed towards the lack of funding and mentorship opportunities in the state. Fernandez also noted that every startup in the state is looking for funding but these startups don’t usually have the know-how about what stage and type of investor should they be reaching out.

However, he believes this situation is changing with the entry of incubators and increasing exposure to mentors. The saturation of ideas and innovations in Tier 1 cities has also fueled this inflow of investors and enablers towards Tier 2 cities like Bhopal and Indore, he added.

Founder of Indore-based coworking space Workie, Sawan Laddha also agreed that there is a lack of funding opportunities in Indore and Bhopal as compared to Tier 1 cities like Bengaluru and Mumbai. He added that the state is also lacking in terms of large scale events that happen in Tier 1 cities, enabling startups to connect with potential VCs (venture capitalists) and business partners.

Bhopal-based RTIwala was founded by Sumeet Mahendra in 2017. It is a digital media and legal services company. RTIwala claims to offer RTI, paralegal aid, and legal services to people at an affordable price and timebound manner. This removes the friction among citizens in accessing legal services.

Indore-based Swaaha was started by Jwalant Shah, Sameer Sharma and Rohit Agrawal in 2016. The company claims to specialise in the design, development, and manufacturing of decentralised waste management solutions, products, and services. Some of its products include organic waste composting machines, terracotta stands, recycled papers, and sanitary pad incinerators, among others.

Founded by Vinay Singhal, Shashank Vaishnav, and Parveen Singhal in 2014, WittyFeed is a content marketing platform based in the education hub Indore. WittyFeed aspires to become the Indian counterpart of Buzzfeed with its listicle format content. It’s arguably the most renowned startup from the state. The company had raised funding from a clutch of marquee investors Anand Chandrasekaran, former Snapdeal CPO; Apurva Chamaria, VP and head of corporate marketing, HCL Technologies; and Ritesh Malik, founder innov8, among others.

Founded by Nemesh Singh in 2006, Appointy lets businesses schedule meetings, reservations, interviews and more through one window. The company claims to have worked in multiple industries including healthcare, education, beauty and more. It also enables businesses to run social media marketing campaigns and get insights about customer behaviour. Appointy was selected by Microsoft Ventures for summer acceleration programme in 2014 and was also among the top 50 emerging companies by NASSCOM in 2013.

Jabalpur-based Adverto was founded by Anurag Soni and Sourabh Soni in 2018.  It is a marketplace for programmatic buying of digital billboard’s inventories and placing instant advertisements requests on its platform.

Founded by Avdesh Solanki, Darshna Bais and Hardik Vishwakarma in 2018, Recooty is an all-in-one recruitment software. Some of its features include Google Jobs board visibility, interview scheduling integration, branded career page builder, and tracking and management of candidates, among others.

Indore-based Gramophone was founded by Tauseef Khan, Nishant Vats, Harshit Gupta, and Ashish Rajan in 2016. It is an agritech platform providing agronomic intelligence to farmers. It aims to become a one-stop for all agricultural input needs and thus help in optimising the farm output. The company claims to have helped farmers reduce cultivation costs by 15-20%, and increased their production by more than 30%. It had raised $3.5 Mn in an equity funding round in August 2019. Gramophone was one of the startups selected in Inc42’s Startup Watchlist for the agritech sector.

Bhopal-based edtech startup Magnet Brains is founded by Pankaj Agarwal and Neeraj Agarwal. It aims to provide free education for students from class IV to XII. Its content is said to also help students in test preparation for competitive exams such as IIT JEE, AIPMT, NTSE, SSC, and others. Students can access tutorials, videos lessons and more for free through the company’s YouTube channel, which currently has nearly 70K subscribers.

Indore-based ShopKirana was founded by Tanutejas Saraswat, Sumit Ghorawat, and Deepak Dhanotiya in 2015. It is a B2B ecommerce platform that connects retailers with suppliers to solve the middle-men problem in the supply chain. The company is now working on connecting farmers with retailers through its platform. It’s also looking to launch affordable private labels in the grain produce segment. In August 2019, ShopKirana raised $10 Mn Series B from Info Edge, Incubate Fund, Akatsuki AET Fund, NPTK Emerging Asia Fund, and Better Capital.

Founded in 2013 by Narendra Sen, Rackbank is a data centre solutions company. It helps businesses in meeting their IT/internet infrastructural demands like data storage, data security, and data distribution. The company claims to have a client base spanning across 120 countries. Sen was a key figure behind establishing India’s first Data Center Park in Madhya Pradesh.

Founded in 2012, CitizenCop is a personal safety and empowerment tool for citizens. The app includes services such as voluntarily reporting of crime, accessing quick help, and other convenience services such as instant towed vehicle searches and notifications.