Is India Ready For The First Generation Of Electric Vehicles?

Is India Ready For The First Generation Of Electric Vehicles? 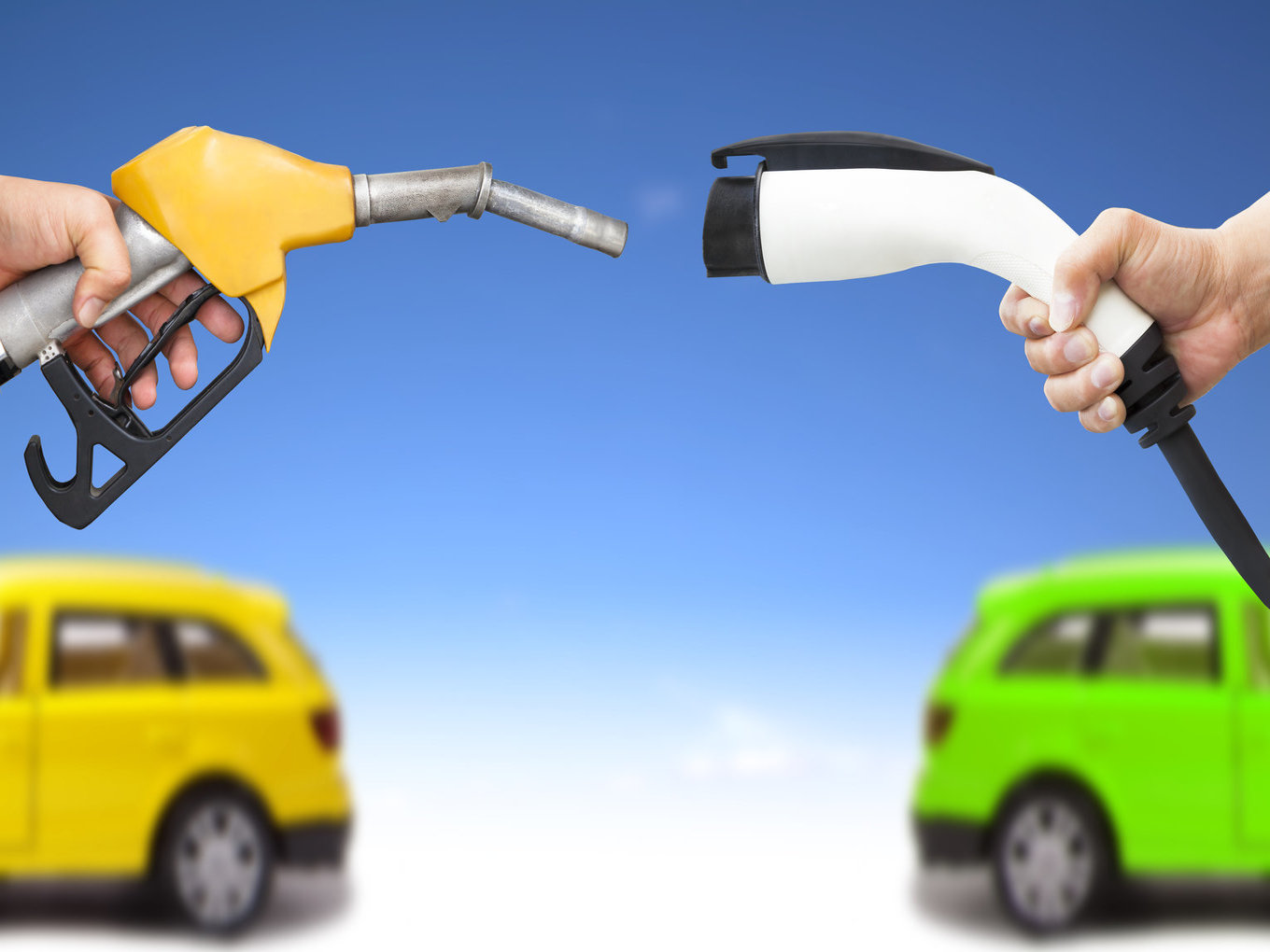 The transition to electric mobility for a country of 1.3 Bn with unique commuting needs was never going to be an easy task

Millions of people across the world have been taking to the streets demanding climate justice, a term mostly unheard of a decade ago. The first Climate Justice summit took place in the Netherlands in 2000 and declared that climate change is a rights issue and alliances should be built immediately across borders against it and in favour of sustainable development.

Sadly, even as we are entering 2020, the 20th year since the summit, the clean environment graph is still to take off.

Amid several possible solutions, many governments, including India’s, are betting big on the revolutionary electric vehicles (EV) market. India’s Niti Aayog proposes to push for full conversion to EVs from internal combustion engine (ICE) three-wheelers by 2023, and two-wheelers (for engines with or below 150 cc capacity) by 2025.

Interestingly, even as auto giants including Maruti Suzuki, Hyundai Motors India, Tata Motors, Hero MotoCorp, TVS Motor and others are still struggling to adopt to EVs, many startups are quickly manoeuvring towards the EV goal of Indian government.

However, on the other hand, transition to electric mobility for a country of 1.3 Bn people, with unique commuting needs, is not an easy task. This brings back the question of whether India is ready for the first generation of electric vehicles. While roundtable discussions have been on about the feasibility, here is a sneak peak into points that tell us India is ready and things that say otherwise.

How India Is Getting Ready For Electric Vehicles

The government’s Faster Adoption and Manufacture Of Electric Vehicles scheme also known as FAME released in March 2015 aimed to incentivise and catalyse the electrification and allocated INR 895 Cr. The policy triggered interest in startups and users.

“The policies are in place and being adopted by several state governments, the right incentives (tax reduction and FAME 2) and more are being created,” Cedrick Tandong, CEO, Three Wheels United told Inc42.

Three Wheels United is a Bengaluru-based social enterprise that offers holistic financing solutions for auto drivers looking to own a light electric vehicle, such as an electric auto-rickshaw

The second phase of FAME, released in March 2019 has proposed to invest INR 10,000 Cr ($1.4 Bn) over three years to support 10 Lakh two-wheelers, 5 Lakh three-wheelers, 55K four-wheelers, and 7K buses that operate on lithium-ion batteries or other electric power-trains. FAME II linked demand incentive to battery capacity (kWh or kilowatt-hour) to establish the difference between an electric vehicle and an internal combustion engine. It also set a target for the number of vehicles that will be subsidised.

“India is well placed to start the EV revolution. All that is required is the will to do it and this government with various steps has clearly indicated that it is in favour of the EVs,” Prerana Chaturvedi, CEO of Evolet, told us.

Startups are designing and testing products suitable for the Indian market with a key focus on two-wheelers and three-wheelers. They are racing to grab the new opportunities created by this shift while investors are also moving quickly in the space.

The electric two-wheelers market is heating up in the country, with government giving push in the right direction for scalability of cleaner transport policy. Further technological advancements, investments in infrastructure and increasing consumer awareness are driving green mobility adoption. Over the years, EV market is constantly adjusting and changing and has crossed many milestones.

Ola Electric recently raised $14.8 Mn from South Korean automobile maker Hyundai and its affiliate Kia Motor to build India specific EVs. The funding was part of a larger funding round, where Hyundai and Kia invested $311 Mn in Ola Electric and its’ parent company ANI Technologies.

Walmart-owned Flipkart also announced plans to introduce electric vehicles for its last-mile deliveries. The ecommerce company aims to replace nearly 40% of its existing last mile fleet of delivery vans with EVs by March 2020 and around 160 electric vans are expected to be deployed across cities by the end of 2019.

The reception that various EV products are receiving is also very encouraging and at this rate we will soon witness the right penetration in the market, say experts.

While many car owners in India are willing to switch to EVs, EV market penetration 95% of sales comes from electric two-wheelers. Unlike other markets, India poses opportunities for two-wheelers.

“Mobility will quickly become electric when it is owned by companies. Across countries, mobility is now changing from personal mobility to mobility as service. This is happening in India as well and can scale up really well here as the percentage of people owning personal vehicle is less. In the West, it is more than 80 per cent,” founder of YULU, Amit Gupta told Inc42.

“The way bulk of India never had credit cards or desktops and we leapfrogged to digital payments and smartphones, the same way mobility will become shared, smart, sustainable at the same time. This is the theory that will scale up EV,” he added.

With the increased need for last-mile deliveries in India with huge mass transportation needs, EVs helps overcome several inefficiencies in last-mile delivery. That is primarily because EVs and e-rickshaws help transporters save on fuel and asset cost.

The EV industry in India is predicted to create 90 Mn jobs in the near future. Long-term investment in research and development (R&D) will create sustained growth, said the report by the Word Economic Forum and Ola Mobility Institute.

“For a price-sensitive market like India, developing incentives for electric (clean) kilometres run versus electric vehicles purchased makes economic sense and is suggested to be the guiding principle for the national strategy,” said WEF head of mobility Christoph Wolff while releasing the report.

What Are The Challenges For EVs In India?

The discussions on EVs often shifts focus to the dilemma of which comes first, EVs or charging points leading to a chicken and egg situation. Leading carmakers have said that lack of charging infrastructure is why consumers are not going for the electric switch. On the other hand, many feel that the creation of demand for EVs and its adoption is squarely the job of the vehicle manufacturers.

In addition to charging points, manufacturers have also been debating the lack of private parking spaces which poses a hindrance for electric vehicle adoption. According to auto giant Maruti Suzuki’s research, 60% of Indian customers don’t have their own parking space. “There is no way they can charge the vehicle, therefore they won’t adopt it,” said CV Raman, senior executive director (engineering) of Maruti Suzuki India.

Vehicle manufacturing at low cost remains a challenge but will be solved quickly. The biggest challenges is financing for these vehicles. Because this is a new asset class, traditional financiers are sceptical to finance such assets. “Tailored financing like the one we provide is necessary to enable future EV owners purchase vehicles,” said Tandong.

“It is going to be difficult to make a good value proposition immediately unless the cost comes down substantially,” Raman said in a media interview. The company states that customer acceptance of the cars and the new business models are a few challenges.

“Under the current circumstances, a mass segment of EVs are still likely to cost two-and-half times more than the same vehicle type powered by a conventional petrol/diesel-run engine,” Raman added.

Due to lack of charging infrastructure, there is an increased reliance of Indian EV makers on batteries imported from China and other countries.

EVs use lithium-ion batteries, which basically works like how internal combustion engine works for a petrol car. However, there are several limitations for this technology which are a big pain point for EV companies. The batteries are expensive and do not support long distance travel.

Well, despite the limitations, the startup industry bets high hopes on the future of EV.

“EV will scale a lot in coming years. We have 3000 electric vehicles on the roads. By March 2020 we will have 15K EVs on the road. If a company like Yulu which is only 2 years old has such growth backed by funding and execution, imagine when big companies put their resources to shift to EV. This will happen soon,” sums up Yulu’s Gupta.

“The hype around lack of infrastructure is all created by the companies that do not want the people’s product to gain popularity among the masses. There is nothing that has the potential to stop India from excelling in EV segment,” adds Evolet’s Chaturvedi.