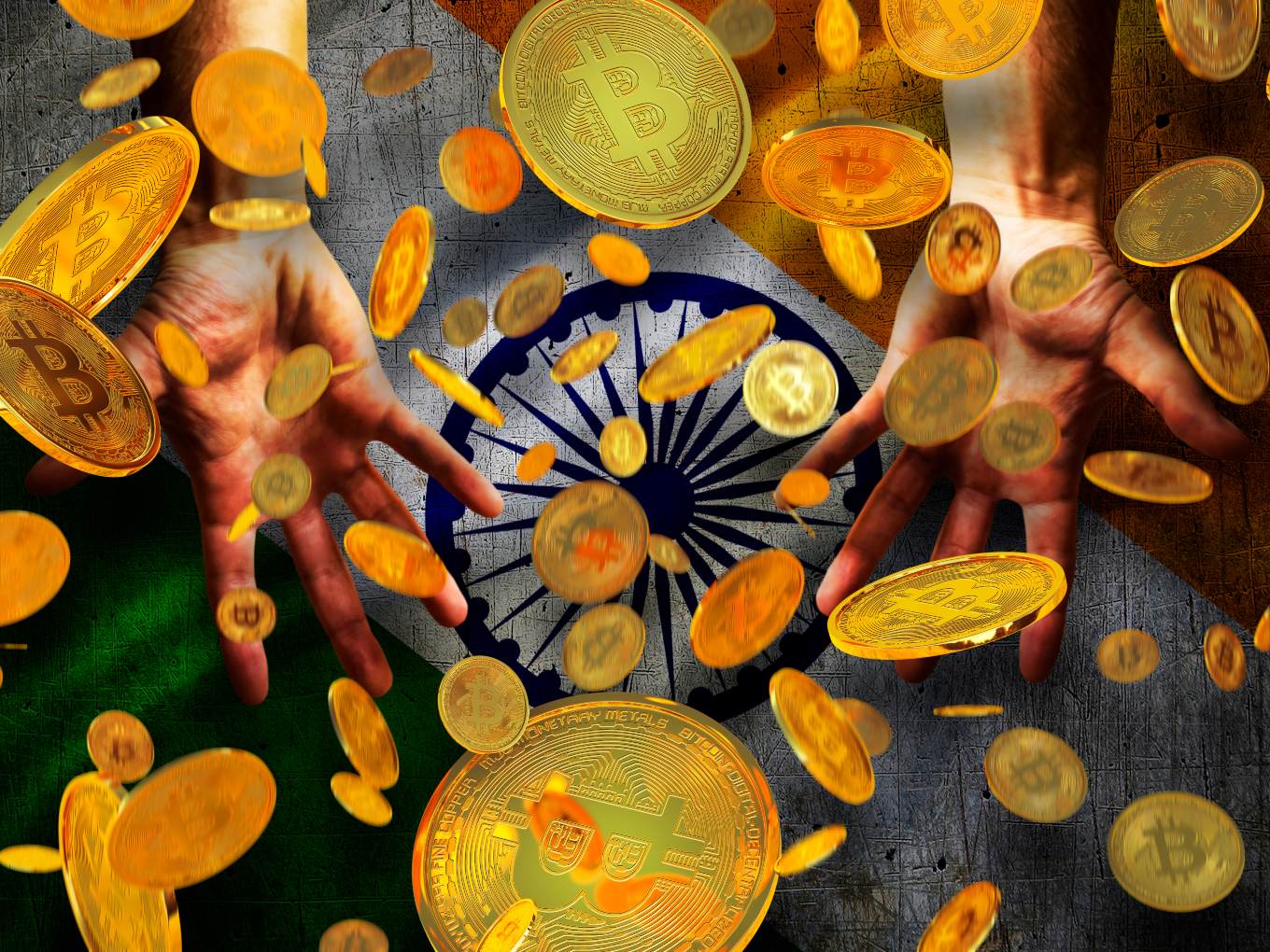 Although the Supreme Court overruled the RBI’s decision to ban banks from supporting crypto transactions, the ICICI Bank has recently joined the anti-crypto bandwagon

Unless there is legal clarity, the RBI is bound to take measures to stop large conversions of INR into cryptos, a Senior RBI official told Inc42

Despite being trapped into legal issues, crypto startups in India continue to spur while the finance ministry has failed to introduce the Crypto Bill in Parliament

As the global user base of cryptocurrencies (read crypto assets for the Indian context) has surpassed 200 Mn, India crypto industry has also registered a record jump in the number of crypto adopters. The number of active users is currently approximately 15 Mn, while the number of blockchain startups in this space has gone up from 100+ in 2018 to 300+ in 2021. According to a recent report by India’s industry association IndiaTech.org, Indian users currently hold crypto assets worth more than $1.5 Bn and their daily trades in crypto are worth $350-500 Mn.

Although more users are now dealing in crypto and the sector has witnessed recent funding from international investors such as Tiger Global, Draper Associates, Binance, Coinbase, Block.One and Polychain Capital, Indian startups have received less than 0.2% of the $5.5 Bn funding raised by blockchain startups globally. Besides, several investors and market experts bet on cryptocurrencies to change the future of payment. So, there is an immense potential for growth in this space.

But this is only one side of the story. Flip the coin, and one will find plenty of roadblocks that may hinder the growth of crypto in India.

One key factor is the ongoing legal tussles involving the crypto and the cautionary and prohibitory circulars doing the rounds all over the country. For instance, on March 4, 2020, the Supreme Court overruled the Reserve Bank of India’s decision to ban banks from supporting crypto transactions. But in spite of the apex court’s ruling, crypto trading is halted by a number of banks, including HDFC Bank, ICICI Bank, Axis Bank, Yes Bank and RBL Bank, among many others.

“HDFC Bank has not been extending its banking solutions to crypto startups for the last year. And the latest in this list is ICICI Bank that has now pulled the plug. As a result, payment gateways failed to complete transactions linked to ICICI Bank, and it created some disturbance,” Sathvik Vishwanath, the founder and CEO of Unocoin, a Bengaluru-based crypto exchange told Inc42.

A deep dive into the regulatory and legal hassles of crypto trading in India will further reveal the current state of things, especially the pattern of reluctance so prominently exhibited by the country. It is also essential to have clarity on which entity will eventually decide the fate of cryptocurrencies in India. Will it be the central bank, the ministry of finance or the Supreme Court of India? So far, the stakeholders — namely, the crypto startups and traders — have managed to win against the RBI in the Supreme Court and influence the finance ministry not to go ahead with the draft Bill that would have banned all the cryptocurrencies in the country.

Indian Crypto Future: The Stern Stand of The RBI

Even though the Supreme Court has set aside the banking ban on Indian crypto exchanges on the ground of proportionality, the latest move by ICICI bank came after the bank was informally asked by the RBI to stop crypto-related transactions.

An HDFC Bank executive, who did not wish to be named, told Inc42, “We are merely following the RBI guidelines given to us. Until and unless the regulator changes its stance towards crypto, our hands are tied.”

Asked why the RBI seems to be risking contempt of court, a senior officer, on the condition of anonymity, told Inc42 that he was not aware of the latest move by ICICI Bank, but the central bank holds the right to control the means which may impact the Indian currency in any way. In the current situation, when the finance ministry has already made it clear that cryptocurrencies do not have any intrinsic value and are not backed by any asset, the RBI has to closely follow the INR conversions into cryptocurrencies.

Agreeing that cryptocurrencies are potential assets, he said, “These are currently not regulated in India. As a result, the RBI is bound to take measures to stop large conversions of INR into cryptos.”

The RBI official also pointed out that the prices of bitcoin and other cryptocurrencies are highly volatile and extremely speculative in nature. At a time when the country’s economy is passing through a rough phase (mostly due to the ongoing pandemic and the recession), the RBI cannot afford to fight on multiple fronts.

The Buck Stops With The Ministry Of Finance

Earlier this year, the Indian government dropped another bombshell as it listed the Cryptocurrency and Regulation of Official Digital Currency Bill, 2021, to be introduced in the Budget Session of the Parliament. The purpose of the Bill is to prohibit all private cryptocurrencies in India and provide a regulatory framework for the launch of an official digital currency to be issued by the RBI. However, the Bill will allow certain exceptions to promote cryptocurrency’s underlying technology and its uses.

Speaking to Inc42 at the time, a finance ministry official indicated that the draft Bill, not yet made public, proposes a complete ban on cryptocurrencies. The use cases allowed are limited to study, research and pilot projects.

In spite of the uproar concerning the Bill, it was not introduced in Parliament. Later, on March 5, finance minister Nirmala Sitharaman further clarified that the government was in talks with the RBI and would have a very calibrated position on the matter.

According to Sitharaman, the world moves fast with technology and India cannot look the other way. India has led the way in the fintech space, and many countries are looking to emulate its fintech-based developments.

“We want to make sure there is a window available for all kinds of experiments, which will have to take place in the crypto world. It is not as if we are going to look inwards and say we are not going to have any of this. There will be a very calibrated position,” the FM told CNBC-TV18.

Meanwhile, startup lobbies, including IndiaTech.org, IAMAI, Blockchain and Crypto Assets Council (BACC) and others, are constantly communicating with finance ministry officials on how to bring in more clarity, transparency and accountability in the Indian crypto industry.

“The ban is not a viable option,” say industry stakeholders.

Speaking at a webinar organised by IAMAI and BACC, Nischal Shetty, the founder and CEO of WazirX, a crypto exchange and trading platform now owned by Binance, said that India is no longer a niche market but a rapidly growing financial market. However, in spite of the growth in crypto adoption, the country is behind others in terms of regulations and the number of successful crypto startups. India needs its own crypto unicorns and better regulations, and for this, the country must encourage its entrepreneurs to build for crypto.

“The Indian crypto industry is eager to help the government formulate the right regulations so that India can stay competitive with the rest of the world,” added Shetty.

Legal Tussles In Supreme Court Are Not Over Yet

The RBI Vs IAMAI and other similar cases pertaining to the RBI notification vide April 6, 2018, have been disposed of by the apex court in March 2020. But the cases challenging the legality of cryptocurrencies in India are not over yet. The PILs filed by Siddharth Dalmia and Vijay Pal Dalmia on October 31, 2017, and Dwaipayan Bhowmick on November 6, 2017, against the Indian government for not banning cryptocurrencies in India are still pending in the apex court.

After hearing the matter on February 8, 2021, the Supreme Court decided to adjourn the Bhowmick and Dalmia cases for 12 weeks as the Indian government’s solicitor general Tushar Mehta informed the court that a Bill to this effect had already been tabled in Parliament. However, the SC is unlikely to topple the Bill if it is passed.

The fate of crypto in India is still undecided, but Vivek Kathpalia, head of Singapore office and leader, technology law, at Nishith Desai Associates, summed it up well when speaking at the IAMAI webinar: “India and Singapore are both emerging as fintech hubs and we hope that regulation in India will catch up soon with global best practices.”