Cryptocurrency Vs RBI: The Supreme Court Judgement And The Aftermath

Cryptocurrency Vs RBI: The Supreme Court Judgement And The Aftermath 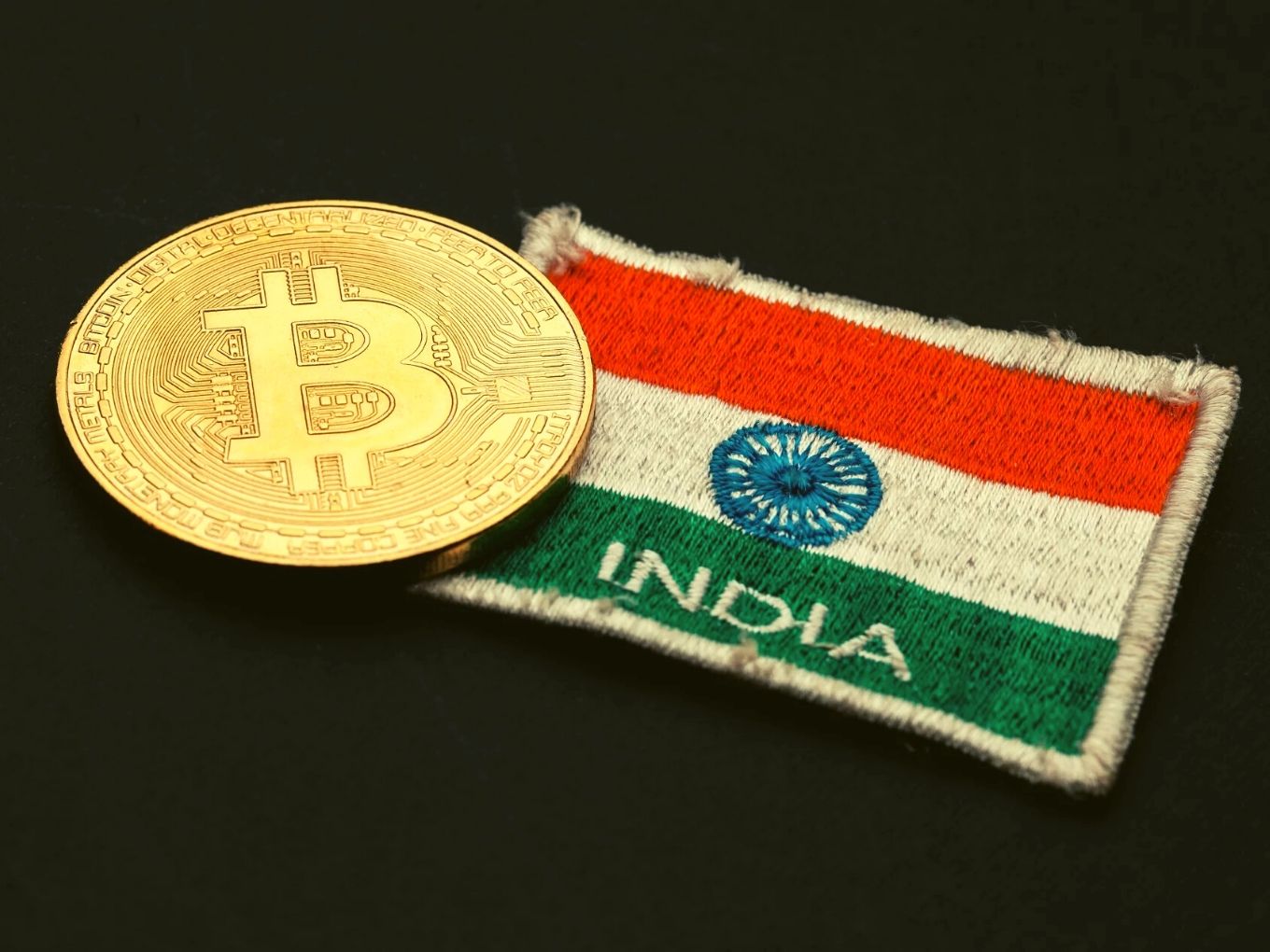 “The petitioners are entitled to succeed and the impugned Circular dated 06-04-2018 is liable to be set aside on the ground of proportionality” — Supreme Court of India on the RBI circular banning banks from facilitating cryptocurrency-related transactions.

Cryptocurrency vs RBI. Finally, the judgement day arrived. And, what a judgement it was for the crypto industry. The three-Judge bench comprising of Rohinton Fali Nariman  Aniruddha Bose and V. Ramasubramanian brought some much-needed respite for India’s cryptocurrency players.

Having given the reference of over 50 cases from across the world in its judgement, the 180-page-long judgement has not only brought a clear understanding of cryptocurrencies, their legal standing in India, but the judgement is also bound to set a precedent (as a reference) across many other countries in the world — developing countries, in particular.

Commenting over the judgement, Unocoin founder and CEO Sathvik Vishwanath told Inc42, “This marks an important milestone both in India and globally and helps in bringing positive perspective towards the crypto trading activity which became unclear during the wait. The arguments covered for this case includes everything you can think of including the regulations in other countries. So, it definitely will get impacted for final regulations.”

The entire crypto industry in India was celebrating the ruling on social media. Central to the fight were advocate Ashim Sood and Jaideep Reddy, technology lawyer-Nishith Desai Associates which represented the Internet & Mobile Association of India in the two years-long legal fight. Speaking to Inc42, Reddy said, “While I am still making my way through the Judgement, the ground for setting aside the circular is the doctrine of proportionality which states that the measure should be rationally connected to the objective and that it cannot be excessive, more than what is required.”

A top RBI officer, however, has a contradictory view to offer. On the condition of anonymity, the officer told Inc42 that the RBI’s duty is to protect the interest of Indian consumers under Section 45L of the RBI Act, 1934. In their opinion, arguments should have been put forward in a wider context. The judgement has rightly discussed the various reports published by FATF, RBI and others over the years, however, it does not delve into the reports that discuss the scams in detail, a regular phenomenon across the world.

“As has been pointed by media, tens of thousands of Indians have already been looted by various crypto scammers. As India does not have any crypto regulations, the issuance of RBI circular was the need-of-the-hour,” said the RBI officer.

Last few weeks or months have seen unprecedented crypto developments in the country. While big players like Binance, OKEx have made their way to Indian market either through acquisition or partnership, once India’s largest player Zebpay which had shut down its services also announced a comeback.

People who attended the last few hearings say “A sensible judgement was clearly in the air.”

Shivam Thakral, founder and CEO of BuyUCoin, terms the judgement a ’historic and proud moment for Indian crypto Industry.’ “The biggest plus point with the judgement is the backing of the Supreme Court of India, their faith in cryptocurrency as technology.”

From Zebpay to Kali Digital to Belfrics, ThroughBit, Koinex, Coinome, Coinsecure and many others — over a dozen of crypto entities operating in India had to shut down their shops due to the RBI circular from April 2018.

“All the exchanges in India, including Belfrics, who have shut down their exchange operations in India due to the non-cooperation of banks, will restart operations very soon. Now that the ruling has come in favour of digital currency operators, we should be seeing a heightened activity of trading in the days to come,” said Praveenkumar Vijayakumar, founder and CEO, Belfrics Group.

Another leading exchange Unocoin too had to face the brunt. While the founders were arrested even before launching India’s first Bitcoin ATM, the company had to downsize its staff due to the industry paralysis caused by the April 6 circular.

“The 22-month long wait to get what the crypto industry was already eligible for is now over,” said Vishwanath, founder and CEO.

Another London-based crypto startup Cashaa which had recently started offering Bitcoin and some other cryptocurrencies in INR has already announced plans to organise over 5000 KM long Indian Crypto Bull Roadshow, 2020 to increase awareness across the country.

The latest judgement appears a fresh-breath of air for Kumar Gaurav, founder & CEO Cashaa. In a statement shared with Inc42, he said, “We are looking forward to working with Indian banks to help them protect the county’s AML and CFT policies and also considering acquiring a Cooperative bank in India to build a crypto-friendly bank for local demand.”

Crypto Vs RBI: What Was The Case?

It all started with the Reserve Bank of India’s “Statement on Developmental and Regulatory Policies” on April 5, 2018, in which the central bank directed all the entities regulated by RBI not to deal with or provide services to any individual or business entities dealing with or settling cryptocurrencies and to exit the relationship, if they already have one, with such individuals/ business entities, dealing with or settling cryptocurrencies.

The IAMAI on the behalf of Indian crypto startups filed a writ petition (Civil) in Supreme Court against the RBI on May 16, 2018. However, IAMAI wasn’t the first one to knock the doors of the court on this matter.

However, once the matter arrived in the Supreme Court, in August 2018, it clubbed all the crypto cases pending across various Courts in India.

The Arguments Which Won The Case

Since the beginning crypto entities have argued that the circular issued by the RBI violates Articles 19 (1) (g) and 14 of the Indian Constitution and at the same time, this will lead to the closure of such firms.

The Article 14 ‘Equality Before Law’ states that the state shall not deny any person equality before the law or the equal protection of the laws within the territory of India, prohibition of discrimination on grounds of religion, race, caste, sex or place of birth. As per Article 19 (1) (g), all citizens shall have the right to practice any profession or to carry on any occupation, trade or business.

In its 104-page written submission, among the major arguments put forward by Counsel Ashim Sood on the behalf of IAMAI was that RBI had no capacity to issue such a circular. It is outside the zone of the RBI’s regulatory purview and that RBI had never before used its statutory powers in such a manner as to proscribe an economic activity based on the nature of the activity alone.

It was argued that the prohibition of any economic activity falls squarely within the realm of economic policy, which the state must express through legislation. The RBI, acting under a statute, cannot create such policy on its own.

Cryptocurrencies are not money or other legal tenders, but only goods/commodities, falling outside the purview of the RBI Act, 1934, Banking Regulation Act, 1949 and the Payment and Settlement Systems Act, 2007, said the submission.

Will Exchanges’ Accounts Be Unfrozen?

One of the few Indian crypto exchanges who had successfully raised funding was Koinex. However, the exchange had to shut its shop in July 2019 after the Central Bank of India (CBI) froze its account which had over INR 12 Cr.

Despite multiple requests, the bank refused to unfreeze the account in the wake of RBI’s circular. As a result, Koinex had filed a separate petition in the Supreme Court requesting to access the account.

Addressing the issue, the three-judge bench said that the lukewarm response of RBI in this regard is wholly unjustified. Admittedly, the activities carried on by Koinex were not declared as unlawful.

Crypto Entities Won, But What Next?

On the question that what are the chances of RBI filing a review petition in the court, Reddy said that RBI has the legal option, but the grounds for invoking review are very narrow.

Is it a momentary relief, given the fact that the government has already proposed an out and out ban on cryptocurrencies in India barring some limited use and fiat digital currencies?

“Now, the ball is in the court of crypto industry, Parliament and government agencies. So, the industry needs to continue to show that it is responsible and self-regulate. And meanwhile, the government may consider balanced regulations that will protect the interests of consumers,” said Reddy.

Unocoin’s Vishwanath said he won’t be surprised if the government resets the crypto discourse. Along with other industry stakeholders, he believes that the judgement is bound to influence government thinking.

After the judgement, the industry has also demanded that cryptocurrencies must be included in the RBI’s regulatory sandbox.

L Viswanathan, Partner, Cyril Amarchand Mangaldas, said that the RBI’s regulatory powers are wide and with the benefit of the Supreme Court’s judgment it is expected that RBI will reconsider its approach to cryptocurrency and come up with a new, calibrated framework or regulation that deals with the reality of these technological advancements.

Given that even central banks across the world are issuing their own cryptocurrencies, it is imperative to balance considerations of regulatory, consumer protection, security and monetary control that the RBI is expected to have over currency and financial products. This might also catalyse the potential for the use of blockchain in diverse areas.