The Evolution of the Indian Taxi Market – Comparing The Biggies

The Evolution of the Indian Taxi Market – Comparing The Biggies 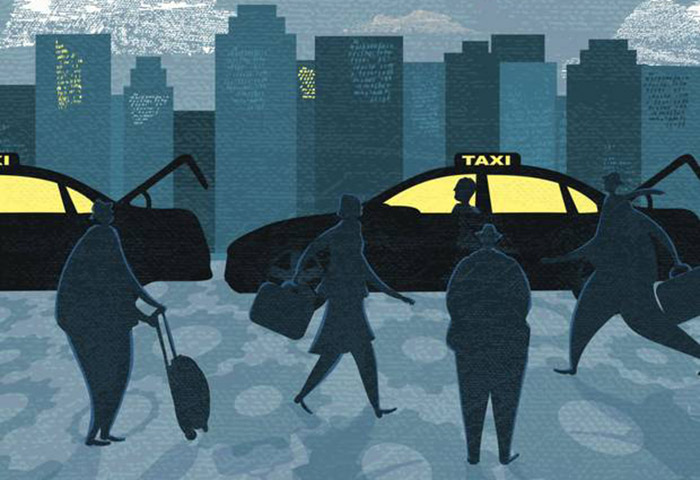 The taxi space in India is heating up and has been seeing a phenomenal growth in the past 6-7 years. Over $400 Mn (INR 2400 crores) of VC money has been pumped in into these companies in the past 4 years itself.

Olacabs recently raised over $ 210 Mn in Series D from Softbank at a valuation of over $1 Bn to focus on expansion. TaxiforSure also raised over $30 Mn in it’s latest round while Uber has a warchest of over $1.5 Bn to fuel it’s international expansion. Uber has also committed almost $400 Mn to grow and promote it’s service in India.

The Indian radio taxi market alone is pegged anywhere between $6-$9 billion dollars by different estimates, and is forecasted to grow at 17-20% annually. More importantly, the organised taxi market is still minuscule as compared to rest of the taxi market in India; it constitutes only 4-5% of the market in terms of sheer number of vehicles. The rest is by operators who own fleets of 2-50 cars and typically have a presence in 1 or 2 cities.

With this in perspective one can now see why each player is trying to aggressively expand and is raising suchhumungous funding rounds. The aggregators like Ola,Uber andTFS have just conquered less than 3-4% of the total available market of India so far and have a huge opportunity in front of them.

While the aggregator taxi services like Ola and Uber stared out many years after the traditional radio taxis like Meru & Mega Cabs, they’ve already started to eclipse them in terms of city coverage, fleet size, offerings and pricing.

Now we go deeper into the aggregators and see how they fare against each other.

As can be seen from above, without taking discounts and offers under consideration, the auto is still cheaper than the low-cost alternatives from any of the taxi aggregators. It’s still going to take a few more years before taxi’s will be able to undercut autos.

Evolution of The Organised Taxi Sector in India

Mega Cabs and Fast Track Taxi started out in 2001 itself with small fleets. The market, however, started seeing traction only from 2006 onwards when the likes of Meru Cabs, Easy Cabs and Savaari came up. There are now several competitors eyeing for a piece of the pie.

In the initial phase of the market companies owned the complete fleet with the drivers as salaried employees. This was characterized by high capital costs to the company – car loan EMI’s, high maintenance costs. While this model facilitated rapid expansion, it also came at a huge cost. Caused high stress levels in drivers and there were driver strikes that affected the service.

Bookings were mainly done via telephone calls and cash was the dominant model.

Companies like TaxiForSure and Ola started this model where small fleet owners or single car owners can put the company brand on the car, and get registered with them. Cars are free to take up non-company rides, but for every company-initiated ride, they pay the company a fixed percentage as commission. This model had low capital expenditure and lower maintenance costs.

Booking was done via telephone calls as well as through their websites. While cash was still the dominant payment form, in-cab POS terminal for credit / debit cards started being used as well in this phase.

Booking are done via telephone, website as well as mobile apps and the payments via cash, card and wallets.

The radio taxi space in India has a huge headroom for growth and is far from saturation. While there is a good scope for expansion in tier 2 cities, the metro’s will still be the primary market for all the players. Hence we might see price wars and more fleet variations (like Ola Auto, Ola Nano and UberGo) being introduced.

More and more hatchbacks and low cost options will be introduced to cater to the price conscious Indian market and to compete against other forms of public transportation.

Service assurance & quality and convenience will emerge as the long-term differentiators.

Uber is already experimenting with this in other markets and might bring this to the Indian market soon as well. There will also be scope for M&A activities with consolidations happening among ridesharing players or one of these taxi companies scooping up ride sharing players to fuel it’s foray into ride sharing.

There are definitely some exciting times ahead, both for consumers as well the taxi companies.