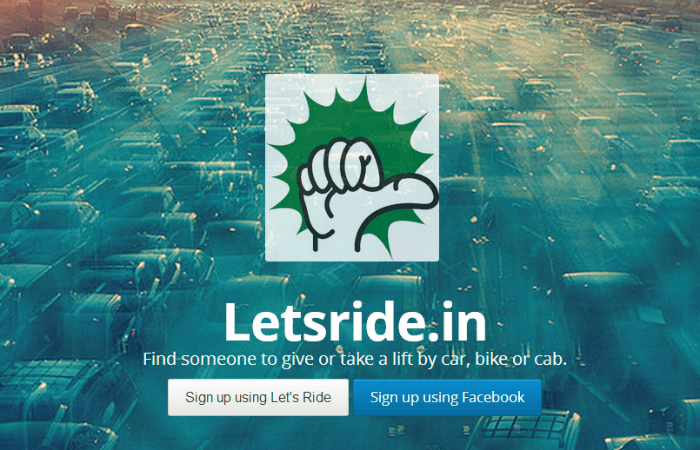 There are times when using public vehicles becomes too tiresome after a heavy day’s work and hiring a cab leaves a hole in your wallet. Well, that’s where Let’s Ride comes in.

Rajkumar Mundel, the co-founder and CEO of Let’s Ride, faced a lot of problems while commuting from his place to his office in Bangalore. He then started brainstorming and thinking about ideas that would solve the problem of traffic that one faces and also help in reducing the amount of money one pays while travelling from one place to another.

Let’s Ride enables the commuters to get in touch with the people who share the same route. All that they have to do is sign up and enter their details and then follow the people who share the same routes from home to office and vice versa. This allows the people to share rides and helps them save time and money. Also, ride-sharing has its own share of benefits to the ecosystem – reduced traffic, fuel consumption and illnesses caused due to air pollution; a one stop solution for all – Let’s Ride!

The team comprises of Rajkumar, Averi Pal Choudhari and Praveen S Mane; all of whom had one dream and that was to change the traffic scenario of Indian roads.

This startup is more of a social initiative with a business model to help local markets to get connected to people who live nearby. Also, through User Verification, they motivate the car owner to share rides and earn money.

Unlike competitors, they don’t charge the commuters or take a commission. They make money by verifying users, through local market ads and advertising magazines and brochures inside cars.

The website was launched on 23rd September 2013 and since then they have more than 5000 registered users and have already connected 500+ users for commute. 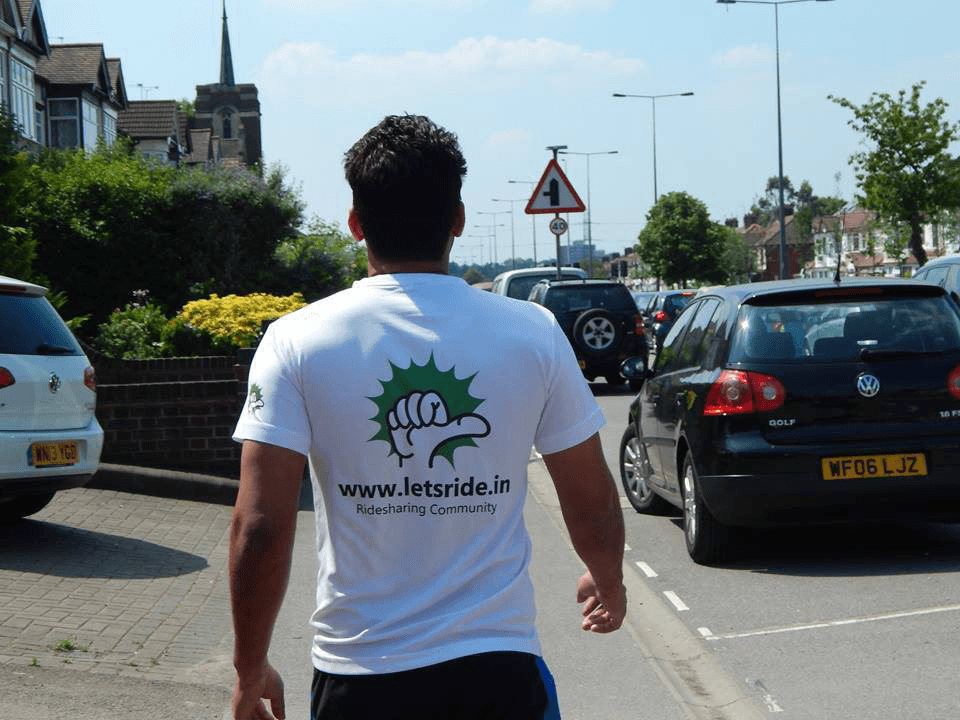 The company is on the lookout for funds from seed investors to expand their team, mobile development, on-road marketing for awareness, social media marketing. Their goal is to reach a 5000 user base from major localities in Pune and then expand to other cities simultaneously and connect everyone locally from same area for ridesharing.

Currently, their target city is Pune, where the number of people commuting in 2 Wheelers and 4 Wheelers is estimated to be nearly 25 Lakhs. “We will target rest of the metro cities after reaching 10,000 users from Pune” says Rajkumar.

“The biggest hurdle the Let’s Ride team faces is to bring about the habitual change” says Rajkumar, as he talks about the challenges they have to face. It becomes difficult for them to reach out to people, explain and make them understand as to how beneficial and better ride-sharing is.

Unlike its competitors like SmartMumbaikar and Riding.com, Let’s Ride works to create a community. It helps people get connected to people from same locality so that they can eventually build their ridesharing circles. They believe in ‘Start a conversation’ model, where the users have the freedom to interact with other users before making a choice of whom to travel with. “We believe in interactions rather than Ratings” says Rajkumar.