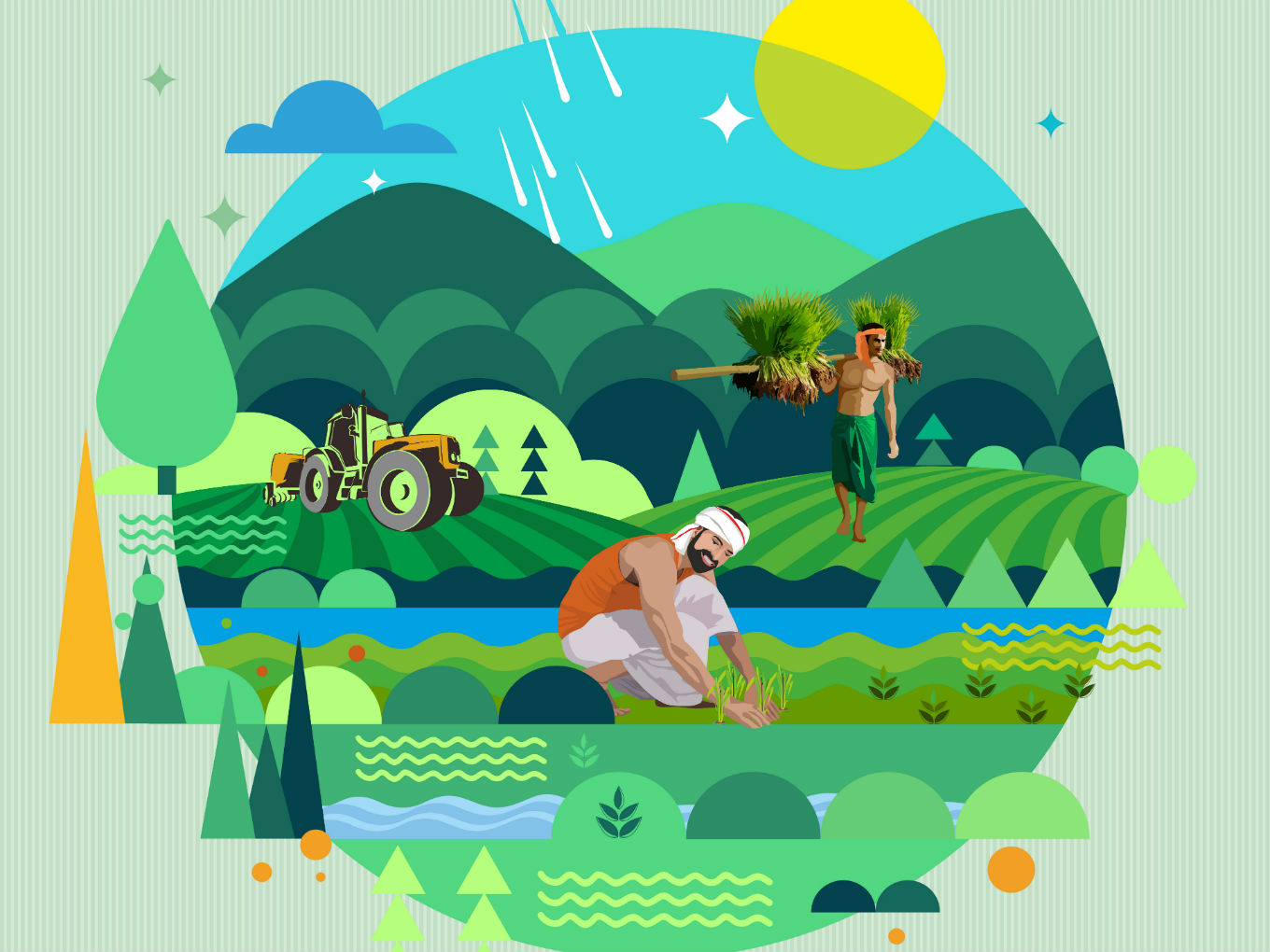 Omnivore is in the process of closing 3-4 more investments by this financial year-end.

Mark Kahn, managing partner of agritech fund Omnivore doesn’t mince words when it comes to half baked government policies particularly the agriculture sector where he is focused. Interestingly, he also appreciates and recognises the Modi government’s effort towards farmer’s welfare through the Pradhan Mantri Kisan Samman Nidhi (PM-KISAN) Yojana.

“Government policies are screwing up the agricultural economy. Think about it. Had government interference not been there, would farmers grow so much wheat in Punjab, UP, and Haryana? If it wasn’t for this incredible subsidy of urea, would farmers be overusing nitrogen? No!”

Speaking to Inc42, on the sidelines of NASSCOM Product Conclave 2019, Kahn said, “The PM KISAN scheme is a terrific program. I think they should prioritise KISAN above everything else; take the entire budget that they spend on fertiliser subsidies — the entire budget of the FCI (Food Corporation Of India), all the subsidies that warp agricultural prices and give that directly to farmers. And shut those existing subsidies down.”

That’s a strong viewpoint on how government interference has made life more difficult for many farmers in the country, despite agritech startups looking to improve farmer incomes and crop yields.

“I realise it’s a fairly unpopular opinion, but I think agricultural policy reform has the capability to address the unfulfilled promises regarding farmer’s welfare.”

Venture fund Omnivore closed its Fund 2 at $97 Mn in April this year. The firm has already made a total of eight investments from the second fund. “And, we will close four new investments by the end of the current financial year. We’re quite busy. Probably the busiest we’ve ever been. By then, we will have a total 11-12 investments in Fund 2,” said Kahn.

Is Government Spending In Agriculture Misplaced?

There are many reasons to believe what Kahn is talking about instead of admiring the government’s policy measures for the agriculture sector on paper.

In February this year, the Indian government had announced the PM-KISAN direct benefit transfer scheme for farmers. Under the scheme, 12.6 Cr small and marginal farmers were promised an income of INR 6,000 per year in three instalments. Besides the scheme which costs the central government INR 75K Cr,  there has been a slew of other subsidy programmes being announced, such as the Interest Subsidy Scheme, Pradhan Mantri Fasal Bima Yojana, Pradhan Mantri Krishi Sinchayi Yojana, Rashtriya Krishi Vikas Yojana, and National Mission of Horticulture. The Indian government had allocated INR 57,600 Cr in 2018-19 towards these schemes.

Besides these, India’s grain procurement agency, the FCI has been the ‘Air India’ of the Indian agriculture sector, facing huge financial deficits. According to a Business Standard report, even if the centre releases all its allocated subsidy for 2019-20, then too by March 2020, the FCI would still have INR 174K Cr as outstanding unpaid subsidy dues and around INR 145K Cr as outstanding loans from the National Small Savings Fund (NSSF) by the end of the 2019-20 financial year.

In 2019, the government also announced that the minimum support price (MSP) for certain crops would be provided at least one and a half times the production cost, including costs of inputs such as seeds, fertiliser, and the implied cost of labour. In spite of spending a staggering INR 1.38 Lakh Cr in farmer’s welfare, farmer suicides continue to be a major issue in the country. For context, Maharashtra alone has witnessed over 60K farmer suicides since 1995.

The government must stop inflating the prices of agricultural products via MSP policies, as this is neither good for farmers nor the agritech ecosystem, believes Kahn.

“The problem with the agricultural economy in India is that the government uses price mechanisms to drive farmer welfare. They raise the minimum support price and then subsidise various inputs. When you artificially inflate output prices or artificially lower input prices, what happens? You create overconsumption of inputs and you create overproduction to sell into that overinflated price.”

The Omnivore managing partner said farmers are not being allowed to see market signals. “They’re blinded by these policies. And if you ask the government, why are you doing this? They will refer to farmer welfare. OK, so you just created KISAN. Transfer the funds directly to farmers for their welfare instead of feeding the bureaucracy. Stop manipulating prices and markets” Kahn added emphatically.

Shifting the conversation from policy to business, Kahn noted that the Indian agritech ecosystem has actually witnessed a 10x growth since he had started investing.

“We’ve done some analysis recently about how the agritech ecosystem has grown 10x since 2013. We now see more deal flow, more diversity in technologies, much stronger teams, and founders that have prior startup experience. It’s early innings, but shaping up well.”

He shared the recent traction that agritech startups are generating among investors. “Tiger Global invested in NinjaCart. Interestingly, it had never invested in an agritech startup. While 2013-14  agritech investments from VCs totalled $20 Mn, this year, we have already crossed $200 Mn.”

With investments growing exponentially, why aren’t we seeing unicorns in the agritech space?

‘Unicorns?’ Kahn asked, indicating that the term irks him.

“Ninjacart is, of course, heading towards that. But, I think that the metric (fundraising and valuation) is not the right measure of success. The question is, can we build large, scalable businesses that can be successfully exited either in public markets or through M&As? You can raise lots of money; but, if you can’t take it public or sell it to a strategic, you’re nowhere. So I’m more interested in seeing a steady stream of exits, strategic exits, secondaries, and IPOs that really allow these companies to scale sustainably.”

With emerging technologies such as artificial intelligence, machine learning, Internet of Things (IoT), blockchain and robotics making an impact across the ecosystem, agritech startups are also coming up with innovative yet affordable solutions to boost the agricultural economy. However, looking at the large, diverse Indian market, it is just the tip of the iceberg,

Kahn believes a dedicated agritech fund-of-funds under Startup India’s ‘Fund of Funds’ should be created and disbursed over the next few years.

“Open up the ability of agritech startups to work with the government in various bids and tenders and projects and get rid of the requirements that they have five years of profitability and all of the things that essentially just reward established players instead of new ventures.”

Startups Are Not The Solution For Farmer’s Plights

Like any other sector in the startup ecosystem, the agritech industry has its strengths and shortcomings. Agritech startups can’t address the farmers’ plight entirely, especially for the most marginal of farmers.

This means some farmers are left out of the agritech ecosystem umbrella. While Kahn appreciates the Modi government’s approach and NITI Aayog’s efforts to boost the sector, he feels ‘much more is left to be done.”