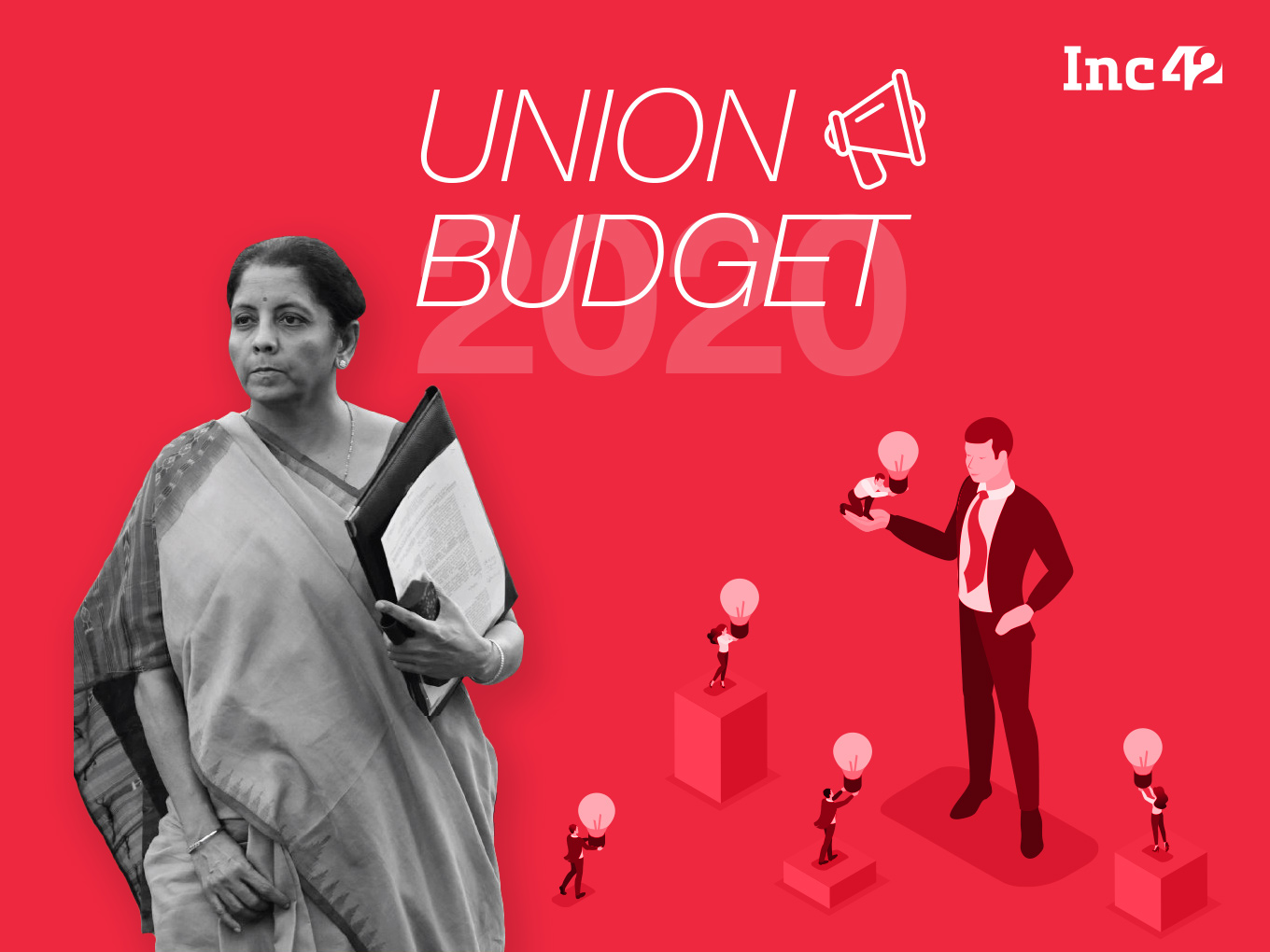 Defer tax liability on the grant of ESOPs to time of sale of shares, some of India’s leading investors told Inc42

Time is ticking away and India’s Prime Minister Narendra Modi is probably losing his charm. It’s the 2nd Union Budget under Modi 2.0, and with three more to go, there’s a feeling that the government spent the first year of its second term trying to make more mistakes than undoing the wrongs.

One of the biggest criticisms of the Modi government — despite its so-called business-friendly image — has been the rash decisions and reactions to some grave subjects. The latest example was the minister for commerce and industry Piyush Goyal’s remarks on Amazon’s proposed $1 Bn investment for the Indian market. Reckless statements such as these, the decline in major economic indicators and job decline have made life difficult for the current government. Perhaps the most disappointing aspect is that no concrete steps have been taken to fulfil the government’s grand promises made in the election manifesto in April 2019.

Among the major promises made to the startup ecosystem stakeholders were:

While none of these promises seems to be taking shape on the ground, worsening economic conditions have only added the stakeholders’ concerns. The International Monetary Fund has yet again slashed its estimate on India’s 2019 economic growth to 4.8% from previously projected 6.1%. India’s 2020 growth forecast is now 5.8%, down 0.9% point from the previous estimate. IMF even went on to blame India for a global slowdown. It stated:

The growth markdown largely reflects a downward revision to India’s projection, where domestic demand has slowed more sharply than expected amid stress in the nonbank financial sector and a decline in credit growth.

And lest supporters of the government think this to be a politically motivated statement, there are good reasons for the slashed growth rate. Three economic growth engines i.e private consumption, private investment, and exports, the output of eight core infrastructure industries, GDP growth rate, consumer spending and joblessness are hitting new low benchmarks, indicating the inefficient, inadequate supply-side and demand-side economic policies.

In spite of India scoring well on several fronts such as improving ease of doing rank by 79 positions from 142 in 2014 to 63rd in 2019, implementing a series of reforms which include GST, angel tax abrogation, building digital India infrastructure, startup ecosystem under Startup India programme and 180 other programmes, there’s a feeling that it’s not enough. Investors in their conversation with Inc42 pointed out that plenty more needs to be done to bring back the investor confidence in the Indian market.

TV Mohandas Pai, former Infosys CFO and partner, Aarin Capital, was largely unimpressed with the last Budget announcements. On the Union Budget 2020, Pai told Inc42 that the government must focus on bringing tax parity on capital gains, taxing ESOPs on sale and not on exercise and full disbursal of fund of funds for startups.

“Today, long term capital gains tax on startups is 28% vs 11% for listed stock, so the local investment is not coming in!”

So What Are The Tax-Related Demands?

“We require more patient capital for the entrepreneurial ecosystem which should not be penalised unnecessarily at the time of exit.”

Tax reforms have been on the agenda in most previous budgets. In the Union Budget 2019, finance minister Nirmala Sitharaman announced a relaxation on some of the conditions for carry-forward and set-off of losses in the case of startups. She had also announced plans to extend the period of exemption of capital gains arising from the sale of residential house for investment in startups up to March 31, 2021, and the government also planned to relax certain conditions of this exemption.

Similarly, on the ESOPs issue changes are needed. Khan elucidated that ESOPs are an integral part of the startup community, a measure used for retention of high-quality talent within the system. Currently, the tax has to be paid by receiving employees on issuance and again upon redemption. The issuance tax needs to be done away with and clubbed into redemption. There is no loss to the government on this, investors told us.

Demanding that the GST exemption for having to pay tax up to a turnover of INR 40 lakh, should be increased to INR 1 Cr, Narayan of T-Hub said that the Budget 2020 should also introduce tax incentives for products developed using products/services from startups and revenue from startup engagement.

Of course with consumer spending taking a hit over the last year, startups have had to bear the brunt of lower sales and revenue than their growth might have delivered.

To solve the issue of demand for startup products and services in the economy, the Modi government launched the Government e-Marketplace (GeM). Through GeM, the government wanted to make government authorities and departments a potential customer base for startups. The platform is currently said to have 68,860 MSMEs listed and claims to have processed more than 28 lakh orders worth INR 40,000 Cr in GMV out of which 52% has been transacted by MSMEs.

Government has now initiated GeM Samvad to sensitise MSMEs as well as government organisations on GeM.

Appreciating that this government has previously put in policies that make the setup and access to capital easier for startups, Prime Venture Partners’ managing partner Sanjay Swamy feels it is time for the next big move that could jumpstart the ecosystem — and that is the government as a large customer of startups.

Swamy said the Budget should pave way for policies that favour local startups from a procurement perspective will not just help the ecosystem but also help the government to benefit from the latest innovations.

Narayan demanded that the Budget 2020 must make policies to allow corporations and the government to actively procure from startups in order to herald a new wave of unprecedented growth for the Indian startup ecosystem.

On government’s role in the startup ecosystem, T-Hub’s Narayan said, “The government should invest in capacity-building programmes and empanel veteran advisors for scale-up programmes and create various channels to provide Indian startups with access to foreign markets. It should also organise training programmes for developing strong angel investors through measured tax incentives for angel investments.”

While venture debt currently is able to address the needs of companies in the Series A stage and beyond, Murali stated that the government should play a market-making role in the early stage debt ecosystem by providing support in the form of usable guarantees for angel and seed-funded companies. These should ideally be made available to AIF entities as well at a nominal cost, to ensure faster and easier access to cheaper capital for young startups.

While Sitharaman, in her last budget, claimed to have simplified GST filings, other compliances and abrogated angel tax, there are a plethora of issues that the FM must look into come February 1, 2020.

Like Swamy said compliance is not yet solved to the extent that startups don’t face issues in operations.

“Startups get caught up in compliance issues with respect to foreign inward remittance, etc. Given that many investors are bringing in money from outside, it would be great to see startups have a simplified compliance regime.”

The government should ensure that dues to startups and SMEs are below 45 days with an enforcement ability, said Narayan.

In a similar vein, Swamy added, “Enhance the existing online B2B and B2C global marketplace of registered MSME players and startups for all categories.”

Anthill Ventures’ Mehta said that it should be easier for large pension funds and insurance players to participate in AIF funds, both structurally and from a tax standpoint. “Simplify and provide full clarity on taxation associated with preferred shares,” he added

Other investors wanted the government to remove certain regulations to boost innovation and remove the hurdles in starting up. Jay Krishnan, general partner, Mantra Capital said such a move would be in the interest of the growth of startups as a whole. “India is certainly the poster child of growth for emerging economies. And what better way to have startups propel that growth. The biggest need of the hour for startups in India is deregulation, capital and scale. Ideally, it would be great if the government did away with statutory compliance for startups and make itself certification-driven on a digital platform.”

“Access to reforms in the capital structure such that funds can operate with new levers that allow for foreign investments into funds as well the ability for funds to invest outside India would be a great thrust. Lastly, the governments’ willingness to make it payables/  payments on time to the private sector would allow for cash flow management for businesses far easier,” added Krishnan.

Among other demands, investors wanted faster action on a number of promises and plans by the government. In particular, this was about funding and infrastructure. Like investors told us the government needs to

Alteria Capital’s Murali said that the government should bring in more flexibility for banks and NBFCs to participate through the fund of funds route and invest in early-stage funds, especially in the venture debt space.

While many investors acknowledged that the government is on the right track as far as focussing on startups through policy if not action, the sluggish pace of reforms has been detrimental, derailing the ecosystem growth. Will the government speed up startup-related programmes to win back investor confidence from India and abroad?