Building A Company Brick By Brick: The Journey of Ambarish Gupta of Knowlarity

Building A Company Brick By Brick: The Journey of Ambarish Gupta of Knowlarity 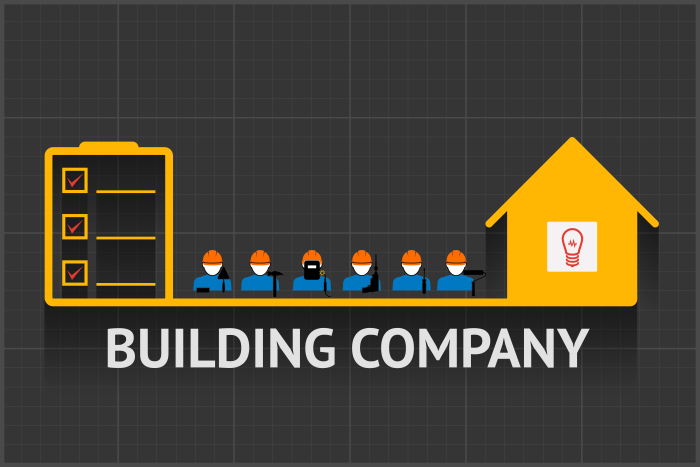 The builders dream. You build brick by brick, one top of the other, through thick and thin, rain or sunshine, putting a little bit of you in every brick you lay, until the day comes when you have to put your tools at rest and your job is done. This is the essence of life. We build and hope longevity for the things we build.

Ever seen a bird building a nest? It builds twig by twig. It is an act of great patience and perseverance. It is not even a fair fight sometimes. Mother Nature can be tough on the weak for it takes little more than one strong gust of wind to blow the nest away. You would half expect the bird to call it quits. But no it picks up from where it left and starts rebuilding. This is what life is all about. We build.

Even as a child I was quite a tinkerer. I would tinker with things, try out new things, never giving up, never failing in what I set out to achieve. How was I to know, sheltered as I was in my childhood, that the reality is more demanding.Engineering was the only option. I wanted to build things.

How I quit my first job and started Rent.Com

My stint at IIT gave me the tools of the trade. A mason uses brick and mortar. My tools were words and numbers.  Maybe I took my role as a builder too seriously. Maybe that is why I quit my first job to start Rent.Com. It was hunky dory at first. I had independence. I was my own boss. I was finally doing what I wanted to do and not what my bosses wanted me to do. The independence gave me a heady feeling.

Bangalore was emerging as a startup capital of India. The atmosphere was just electric. You could walk into any pub and meet the most amazing set of people in your life. I fell in love with the city and made it my base.

I opened a small office in the garden city with some of my savings and hired a few techies and sales people for my dream project. The work on the prototype started in earnest and I was on.

I thought I had all the ducks in a row. The prototype was ready. I had a partner. The tech team was in place. The sales team had their order books. Then something happened. A black Swan came along. The economy stuttered and fell into a gloomy abyss.

Let me explain the concept of the Black Swan. A black swan, according to writer, Nicholas Taleb, is the unexpected. It usually comes strutting along at the most unexpected moment proceeding to ruin your best laid plans.

The thing with the Black Swan is that it is highly unpredictable.  Risk modeling does not work because the Black Swan Moment has no precedents (Just think about the 9/11 event).

So here I was, saddled with a failing business, almost penniless (my savings had dwindled to 4 figures) and partner less. 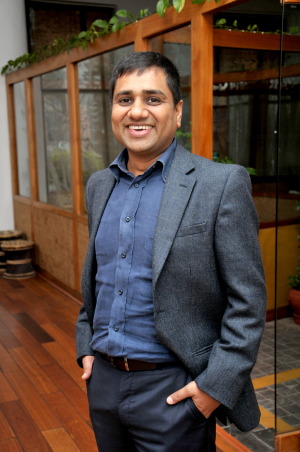 When everything fails go back to the books

When everything fails go back to books. There is great knowledge in books and the time you spend on them is never wasted.  During my MBA at the famous Carnegie Mellon University I read a lot of books and learned the practical aspects of finance, business strategy and marketing from the gurus themselves.

I wanted to be a quant. I wanted to the fast and furious life of high finance. Then the black swan came along and ruined my dreams. 2008 happened. The entire edifice of the banking industry fell in a giant swoop.

When plan A fails go to Plan B

The telephony segment was growing at a breathtaking 100% growth rate following liberalisation of telecom facilities. I bet you have heard the saying “success is due to being at the right place at the right time” well, I was there, wasn’t I, right bang in the middle of the telecom revolution in India.

I got my friends on board. Pallav and Bipul were guys who I could trust. I knew they would stay with me through thick and thin.

The first few years were tough

But I persevered. Unlike my previous tilt at startupville I had more to lose this time. I had no more plan B’s. This was it. Our first breakthrough was running a political campaign for Mr. Naveen Patnaik, Chief Minister of Orissa, which us a cool 1.4CR. We used the amount as seed money for our business venture.

Aligning our business goals with our needs and aspirations

Our entrepreneurial journey taught us several life lessons. Never believe the soothsayer. Expect the unexpected. And the most important, don’t get stuck with a business idea if it is not working for you. Most successful entrepreneurs I know ended with a something completely different to what they started.

My first startup failed because I was not flexible. I failed to adapt. We were more successful the second time around because we were more flexible. We shifted focus to “inbound calling” with the launch of “SuperFax” and “SuperReceptionist” and struck gold immediately.

Now I am the CEO of a midsized company with more than 7000 clients. I am slowly getting accustomed to this new role, learning how to build a team and delegate responsibility. It is difficult sometimes because as a startup owner I am used to doing everything by myself. It is difficult to brush away these character flaws but I am working on them.

I have a wonderful team – 400 strong and growing day by day.  I am simply amazed at their passion and creativity.

A building is not a home. A home is not just a building. It takes people to make a home. Business is a sum of many parts – employees, employer, technology, processes, product and services, goodwill and trust. Each brick is important to the edifice. Brick by brick we have truly laid the foundation of a robust company.