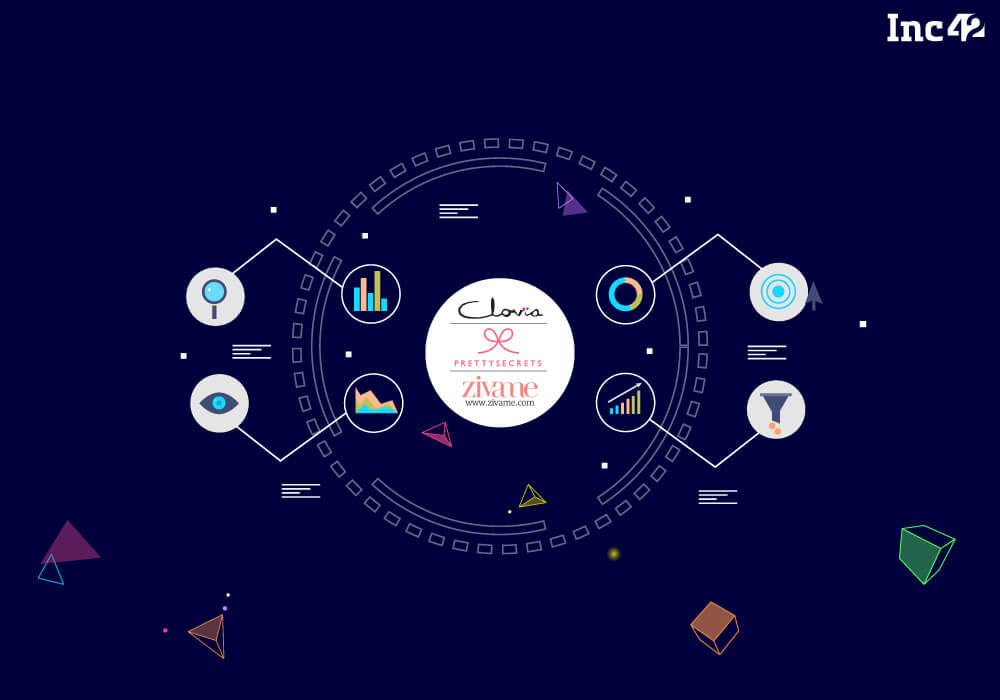 Clovia Shows 29% Revenue Growth in FY16-17, Threatens To Elbow Zivame And PrettySecrets Into A Corner In Indian Online Lingerie Market

Zivame, Clovia, and PrettySecrets are India’s answer to Victoria’s Secret and its ilk (or at least aim to be). But before online lingerie ecommerce happened to India, its innerwear story looked very different.

There was a time when buying innerwear was a clandestine, annual affair where the “ladies” of the house flocked together to the neighbourhood “hosiery” store to buy functional, boring “undergarments”. Enter MTV and flaunting bra straps and G-strings became a commonplace thing. Today, the world’s best, sexiest, and most stylish lingerie designs and brands are available in India and, that too, online. Aiding the change was globalisation, the Internet, and, of course, ecommerce which, like everything else, has brought lingerie online. No more going to the local ganji store to buy Rupa or Lady Care bras!

Three major players — Zivame, Clovia, and PrettySecrets — played emissaries of the change. In FY16-17, the trio reported a combined revenue of INR ~100 Cr ($14.7 Mn). On the face of it, this looks like a steadily developing niche market. But if you look closely, something doesn’t smell quite right, at least for certain players.

Let’s take a quick look at the funding and other numbers:

While Zivame has secured the highest amount of funding and boasts greater revenue than the other two combined, it reported a fall in its revenue by 7% in FY16-17 compared to FY15-16. As of today, it has already gone through two major pivots and changes in its managerial team, with former CEO Richa Kar resigning from the company in February 2017.

From being launched as a marketplace in 2011, Zivame pivoted to a mixture of a marketplace and private label model in 2013. Later, in 2016, it applied for a single retail brand license and pivoted for the second time. Last year — possibly smarting from the FY16-17 losses — it discarded the idea and rolled back the marketplace model again. However, the changes in its business model have not yet been implemented.

On the other hand, PrettySecrets, despite being the oldest in the online lingerie market, reported an annual growth rate of a mere 3% in FY16-17. It started way back in 2005 as a nightwear boutique and went through major pivots and branding changes. In 2009, the brand was renamed ‘Lace – The lingerie club‘ and had only offline stores; a couple of years later, in 2011, it went purely online as MyLace.in; and post that it again rebranded its website to PrettySecrets.

Clovia, which started off as MoodsofCloe in 2012, rebranded itself to Clovia, is the only one among the trio that has shown a steady growth. In FY16-17, compared to FY15-16, its revenue grew by 29%, way better than its peers Zivame and PrettySecrets.

Looks like Zivame is losing out to its competitor Clovia and PrettySecrets is having an equally hard time remaining in the reckoning. In this article, we at Inc42 Datalabs will look at the financials of these three top online lingerie players in India and analyse their differentiation within the space.

Three Is A Crowd: Clovia Elbows PrettySecrets, Zivame Into A Corner

From the revenue trend graph, we can see that there was a fall of 7% in Zivame’s net revenue in FY16-17 and a paltry 3% growth for PrettySecrets. However, when we look at only sales revenue, Zivame saw a dip of 15% in the same financial year and PrettySecrets showed no growth at all. On the other hand, in FY16-17, Clovia clocked a revenue growth of 29% compared to FY15-16.

As highlighted in the above graph, in FY16-17, Zivame clocked expense of INR ~117 Cr. However, as compared to FY15-16, it was able to cap its expenses and showed a 1% drop. PrettySecrets, on the other hand, showed the highest increase in its expenses by 66% in FY16-17 compared to its previous financial year. Clovia reported net expenses of INR ~8 Cr in FY16-17, a 17% increase from its expenses in FY15-16.

A closer look at the expense line items gives us the following assessments of the three online lingerie players:

Expense management is a crucial part in the road to profitability for any company. The numbers show Clovia, with its better expense management, has been able to keep a healthier financial despite being moderately funded.

Does Zivame Have Any More Strings To Pull?

It seems like the race to the top of the online lingerie game is actually between two brands and not three — Zivame and Clovia are pretty much leading the pack, while PrettySecrets lags behind in. Zivame has attracted the maximum investment through fundraising, while Clovia is focusing on technology and expanding in smaller towns. However, the Zivame is in a tricky spot.

The company raised INR 250 Cr ($38 Mn) in September 2015. From its MCA fillings, we can see the yearly expenses of the startup are INR ~120 Cr (~$18 Mn). If the cash burn continues, the company will have just enough to last only a few more months.

With Clovia giving it tough competition, Zivame doesn’t seem to have many strings to pull to revive itself. It could try winning over customers by taking the popular route among ecommerce companies — hefty discounts. But, with Amazon and Flipkart already ruling the discounts game, Zivame would hardly be able to hold its own.

The ROC filings of FY17-18 are not out yet for us to make any amendments to our analysis. Although Zivame seems to be cornered for now, for all you know, it might still steer itself right back to the road to profitability. However, it will have to work hard to do that. If it can control its cash burn, manage its resources better, and garner some support from its investors, it could reach a place where it can perfect one business model and start to win back the ground it has lost to its competitors.

Until then, Clovia seems to be set to lead in the online lingerie race.