Despite prevalent uncertainties, Indian startups have started heaving a sigh of relief when it comes to raising capital for further growth. This is so as $642 Mn worth of funding has flowed into the ecosystem in August 2016. The Indian startup ecosystem witnessed over 10 Big Ticket investments (above $20 Mn). However, the number of deals were lesser by 10% in comparison to last month (July 2016).

This month, edtech has come up as the most capital intensive sector in terms of funding, followed by fintech and healthtech. Delhi/NCR has bagged the title of top startup city, once again overtaking Bengaluru by 37%.

Furthermore, the number of acquisitions witnessed a downfall of 36% as compared to July and increased by 57% as compared to August 2015. 8 acquisitions and 3 acqui-hires were observed last month. Hyperlocal once again emerged as the most favoured segment for acquisitions, suggesting market consolidation of the hyperlocal space in the startup economy.

At Inc42 DataLabs, we have analysed the data and inferred the following emerging trends across various dimensions that define the state of Indian startup ecosystem.

The analysis includes 87 startups that collectively raised $642 Mn (Disclosed) in funding in August 2016.

Let’s have a look!

With the increase in demand to organise the education sector of India and digital revolution in the country, a number of edtech startups have come into play. Investors are becoming more and more bullish about funding edtech startups. This month, edtech emerged as the most prominent sector. The trend suggests this growth to be consistent. 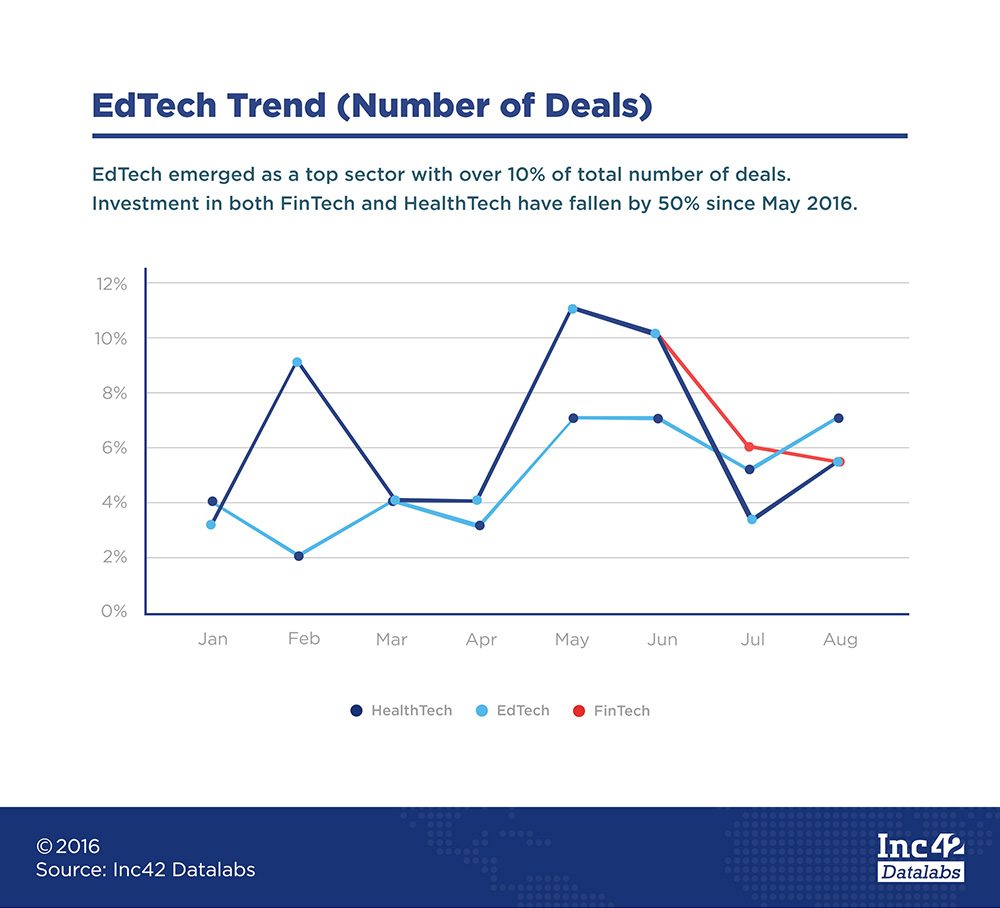 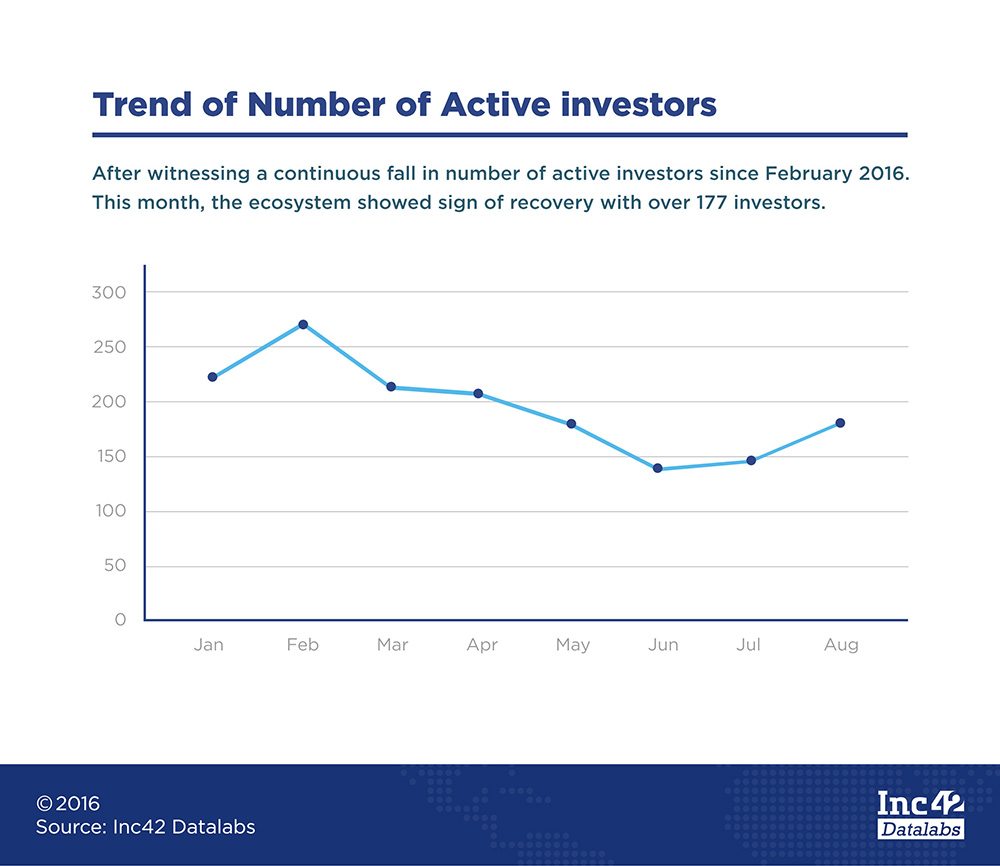 Finally, after six months of the continuous dip in funding in late stage, the last two months have shown a considerable rise. This month (August 2016) showed about 134% gain in total late stage funding as compared to July 2016. 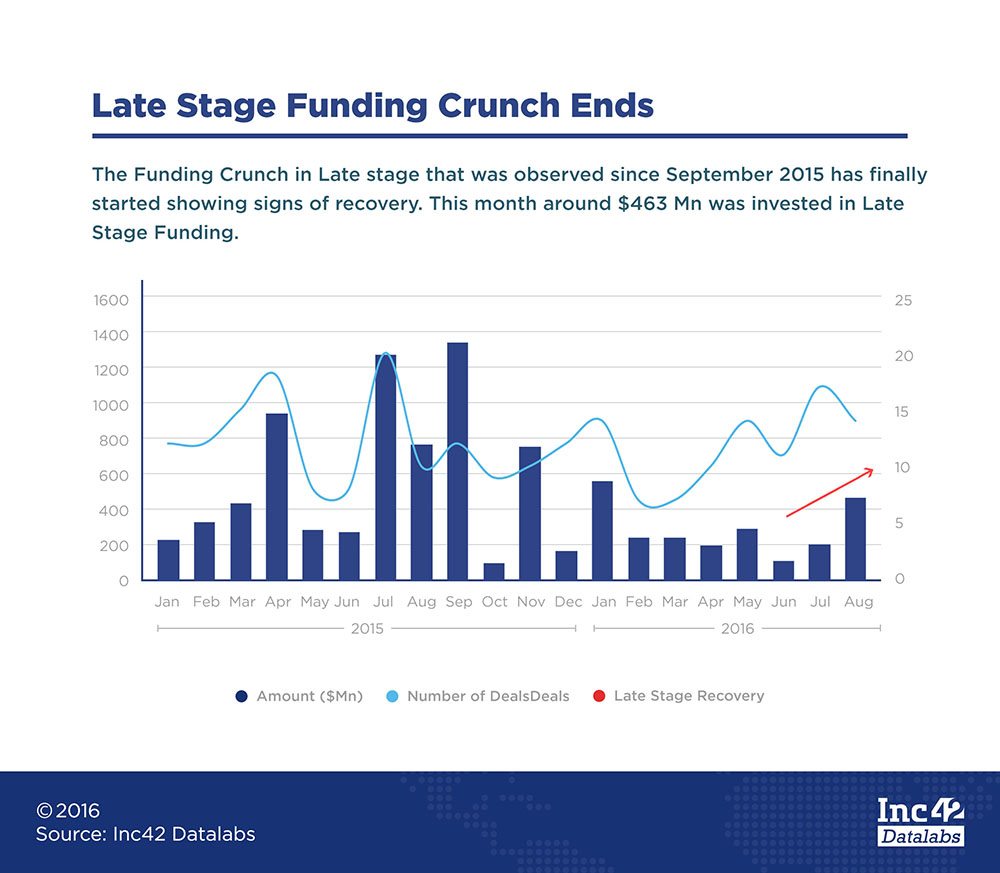 Fall in number of M&A

The number of M&As that was observed to go up from January 2016 to April 2016, has been falling in number since. 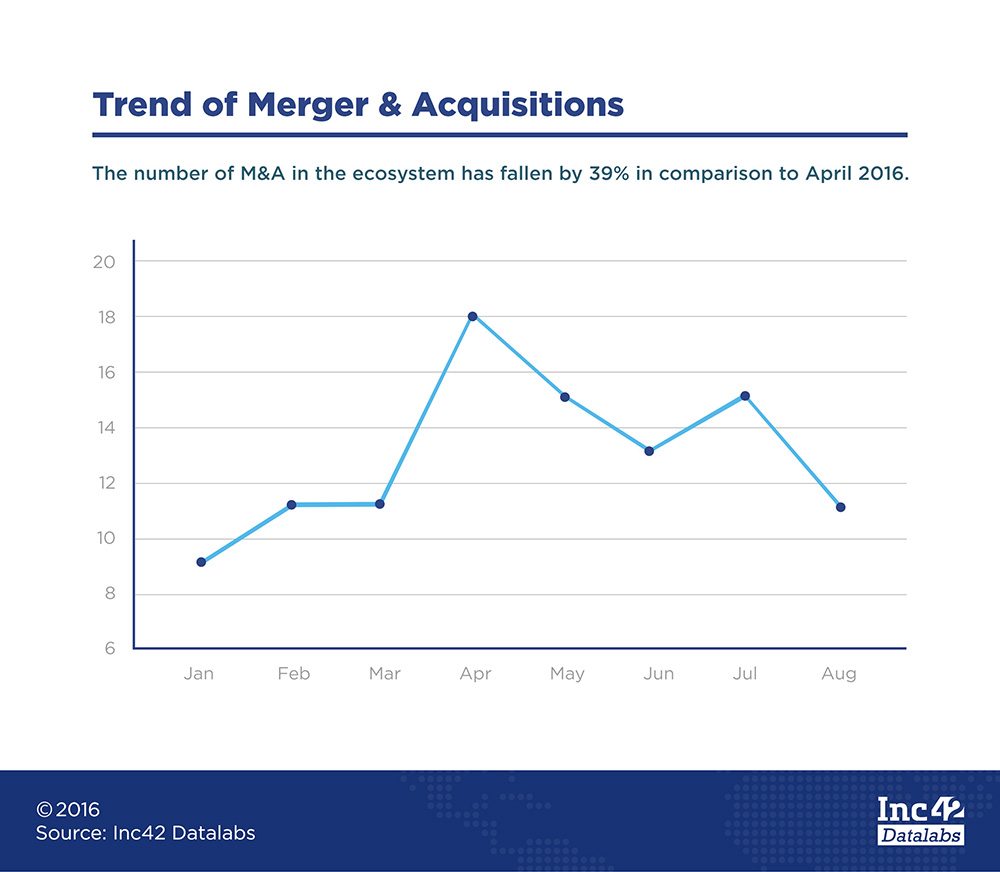 On an average 3 startups were funded every day this month, with an average deal value of $7.13 Mn

Edtech has gained the top position as a segment to receive maximum funding.

We will be back next month with more insights into the ecosystem and to confirm our findings of this month.