July 2016 marks the beginning of the third quarter of 2016. A lot of speculations still hangs around Q3, given the changes we observed in our Half Yearly Report 2016. We questioned the position of Delhi/NCR as the top startup destination. We inferred the falling trend of ecommerce and the rise of FinTech as the top sector. We observed a steady drop in the number of active investors since January 2016, and hyperlocal businesses emerged as the top sector for M&A.

Once again the Indian startup ecosystem has shown robustness in its changing dynamics. Around 96 startups got funded in July 2016, 3% more as compared to last month (June 2016) and 9% more as compared to July 2015. This month, FinTech is the winner with the maximum number of deals, suggesting a steady rise in demand for FinTech solutions and also confirming our trend, as observed in the Half Yearly Report. Delhi/NCR has bagged the title of top startup city, yet again pushing Bengaluru down to second position.

At Inc42 DataLabs, we have analysed this data and inferred emerging trends across the various dimensions of the Indian startup ecosystem. The analysis includes 96 startups that have collectively raised $307 Mn (Disclosed) in funding.

Let’s have a closer look!

With the fall of ecommerce as an investor-bullish segment, FinTech has gained top position as the segment to receive maximum deals. 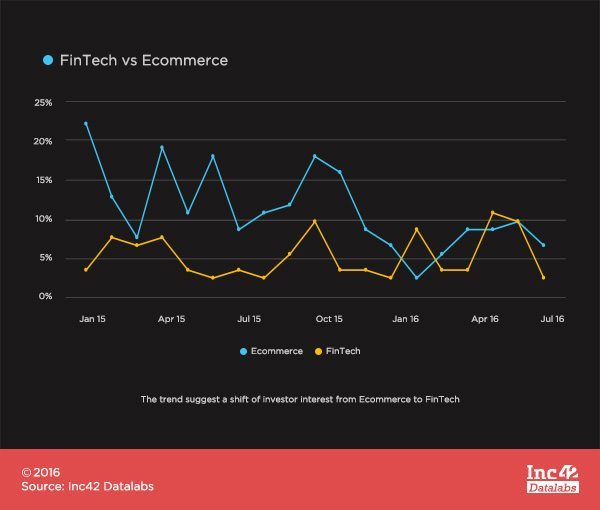 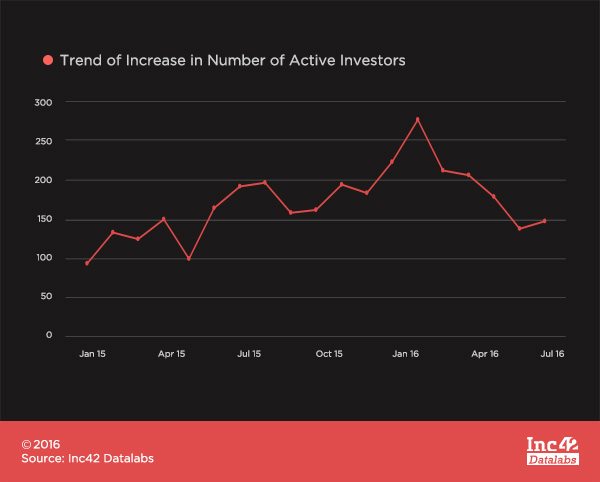 Delhi back on Top Spot

Delhi/NCR has regained its top position pushing down Bengaluru to second place by 43%. 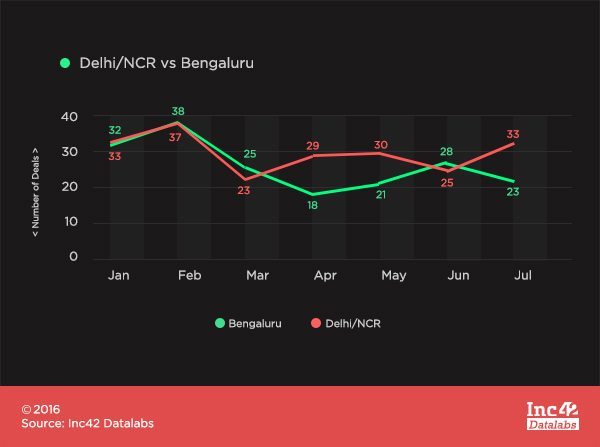 Although, this data give us a few interesting observations, trends on the ecosystem could only be conclusive with further analysis of the ecosystem in the coming months.