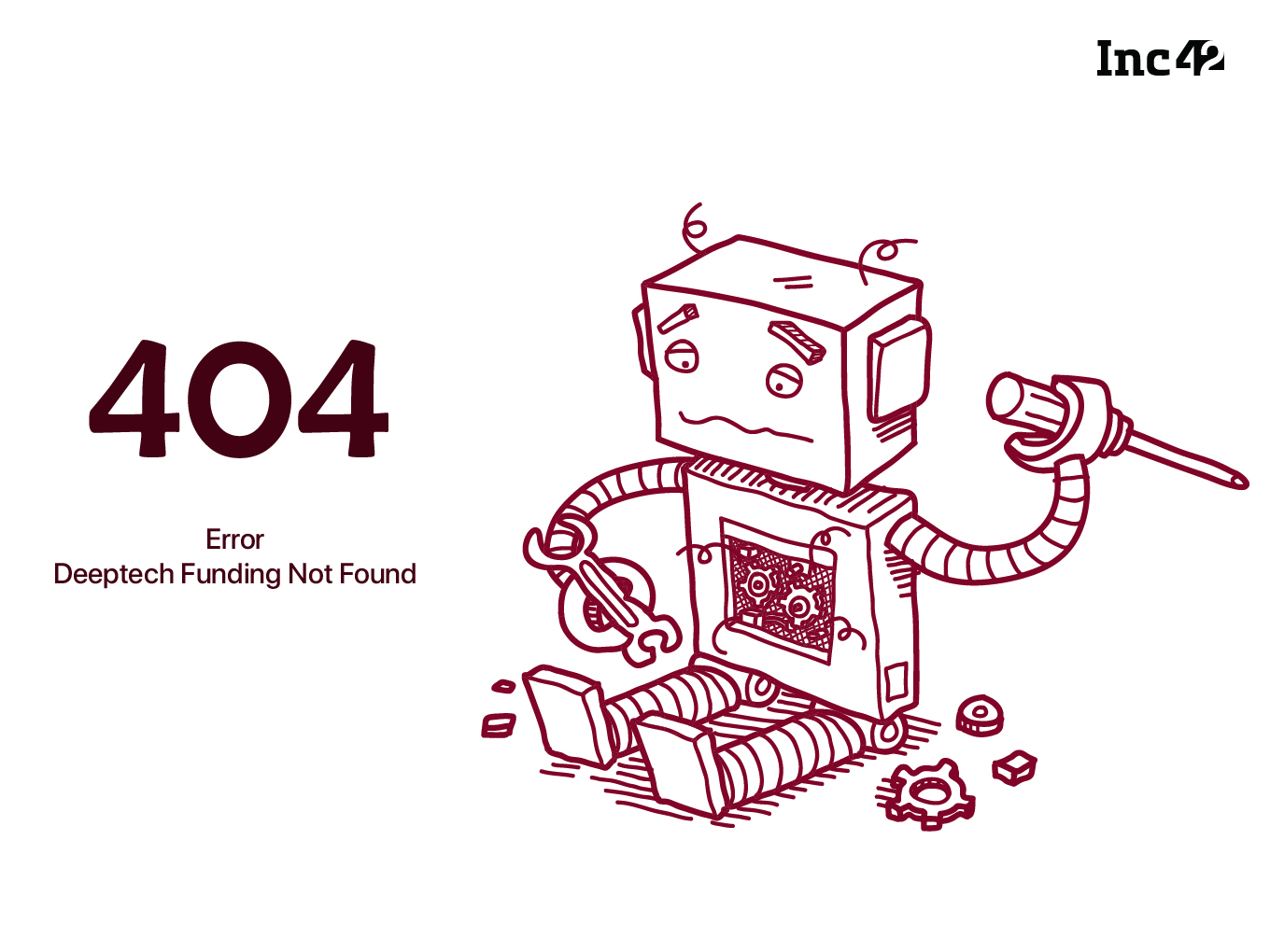 Funding in deeptech constitutes a mere 1.45% of the total funding in Indian startups

Funding in India’s deeptech startups has increased at a CAGR of 22.8%, as against China’s 79%

Why is it that India has not produced an Alexa or a DJI? In India, the current state of deeptech is such that the country has not produced even one globally-recognised virtual assistant like  US e-tailer Amazon’s Alexa or a drone startup like China’s DJI. In the constantly evolving world of artificial intelligence and machine learning, these are just two entities in a long list underlining India’s failure to unlock the opportunity in Indian deeptech startup ecosystem.

The Indian startup ecosystem has produced 27 unicorns so far, but none belong to the deeptech domain. In terms of a total startup funding in Indian startups since 2014, the highest grossing sectors are e-commerce ($13.59 Bn), fintech ($8.14 Bn) and consumer services ($4.74 Bn), according to Inc42 DataLabs research. With its inability to attract significant venture capital, deeptech – which is a combination of artificial intelligence, internet of things, drones and robotics – still struggles to shine among its peers.

The State Of Deeptech Funding In Q1-2019

The overall startup ecosystem in India attracted a total funding of $3.42 Bn in the first quarter of 2019, 52% higher than the average quarterly funding in the domain between 2014 and 2018, according to Inc42 DataLabs research.

Despite a good start in the first quarter of 2019, deeptech continues to struggle to sustain the momentum in attracting high-value investments. In the first quarter of 2019, the deeptech sector recorded a total investment of $9.58 Mn, a mere 1% compared to e-commerce ($958 Mn). the funding in fintech and consumer services stood at $697 Mn and $212 Mn respectively. There is a visible lack of investor confidence in deeptech compared to other sectors.

Figure 2 indicates that all sectors barring deeptech received higher funding compared to the quarterly average between 2014 and 2018. E-commerce startups received the maximum funding ($958 Mn), followed by fintech ($697 Mn) and consumer services ($212 Mn). On the other hand, the total funding in deeptech came in at  $9.58, 73.83% lower than the quarterly average of $36.63 Mn in the sector.

Now, let’s take a look at the amount of venture capital in deeptech startups in some other parts of the world, such as the US, the UK and Israel.

The State of Deeptech Funding in Global Startup Hubs

India lags its global peers such as the United States, China and Israel, which have recorded significant growth in total funding. In the US, the investor confidence in deeptech (CAGR 543.28%) is very high compared to other sectors, a characteristic missing in the startup hubs of China and Israel. The reason behind this is two fold. Not only are US, Chinese and Israeli deeptech startups better funded, but they also attract more big-ticket investors, as newer technologies are adopted relatively faster by the masses in these countries.

Despite government initiatives such as Startup India, Atal Innovation Mission and MUDRA, the growth in Indian deeptech startup funding is far behind its Israeli and Chinese counterparts. One primary reason for this is the lack of monitoring and regulation, which leads to poor or failed execution of these government schemes.

Besides, some of the factors that hinder the growth of the Indian deeptech ecosystem which comprises of  startups operating in machine learning, artificial intelligence, robotics and internet of things are:

For India to improve its position among the leading emerging startup ecosystems around the globe, a renewed focus on innovation is warranted. An effective and sustainable way forward could be by engaging the homegrown startups to sold real-world problems.

Innovation can prove to be the necessary evil to unlock the hidden potential in deeptech startups.  When it comes to promoting innovation, India can learn from the example of the United States in the early 1990s,  when the world’s largest economy used its work visa regulations to attract high-skilled labour in a bid to bridge the talent gap in its booming tech industry. As the issue of migration of high-skilled labour from India remains, a phenomenon often referred to as ‘brain drain’,  it may be a little while before deeptech attains its full potential in India. One way for the Indian government to start could be by way of attracting high-skilled labour through work visas from Asian peers where the job market has reached a saturation point. This will eventually fill the talent gap which has been created over the years due to the brain drain, hindering growth in sectors such as deeptech.