Are India’s Public Markets Ready To Meet The Capital Needs Of Tech Startups?

At a time when the world’s financial markets are facing a turmoil as investors assess the potential impact of the coronavirus pandemic on global trade and business or rush to safe havens like gold, it may be a good time for startups to use the opportunity and look at grabbing a piece of the pie as capital changes hands. But what is keeping the Indian startups away from going public?

Why are there only a handful of listed tech businesses in India’s startup ecosystem, which is otherwise known as one of the most robust hubs in the world today? Analysts say a major reason behind this could be the absence of a clear path to profitability in the Indian startup market. Indian startups have a major constraint in the form of lack of profitability, which stops them from going public. Since MakeMyTrip’s US listing in 2010 (Nasdaq), only a handful of startups have gone public, including IndiaMART, Yatra, Info Edge, JustDial, Matrimony.com and others. There is clearly a dearth of courage among Indian startups for going public.

This reluctance makes one question assertions that India offers a vibrant entrepreneurship ecosystem, despite the country’s improving position in the World Bank’s ‘ease of doing business’ ranking.Lack of profitability even hampers Indian startups’ efforts to go public on the home turf, as the domestic stock exchanges restrict loss-making companies from exploring the capital markets.

In an interview recently, Drivezy’s head of business development Ankur Sengupta said, “India is not an option for us (for an IPO) mainly because all of our current investors are from Japan and US, and secondly India’s existing laws don’t allow loss-making companies to sell shares to the general public.”

Still, there is visible interest for going public among the startup ecosystem in India. According to the findings of a Reserve Bank of India survey, 57.7% of startups have shown interest in listing on Indian stock exchanges within five years. But interest is not enough. India’s closed doors to loss-making startups will eventually push them to hit foreign capital markets. 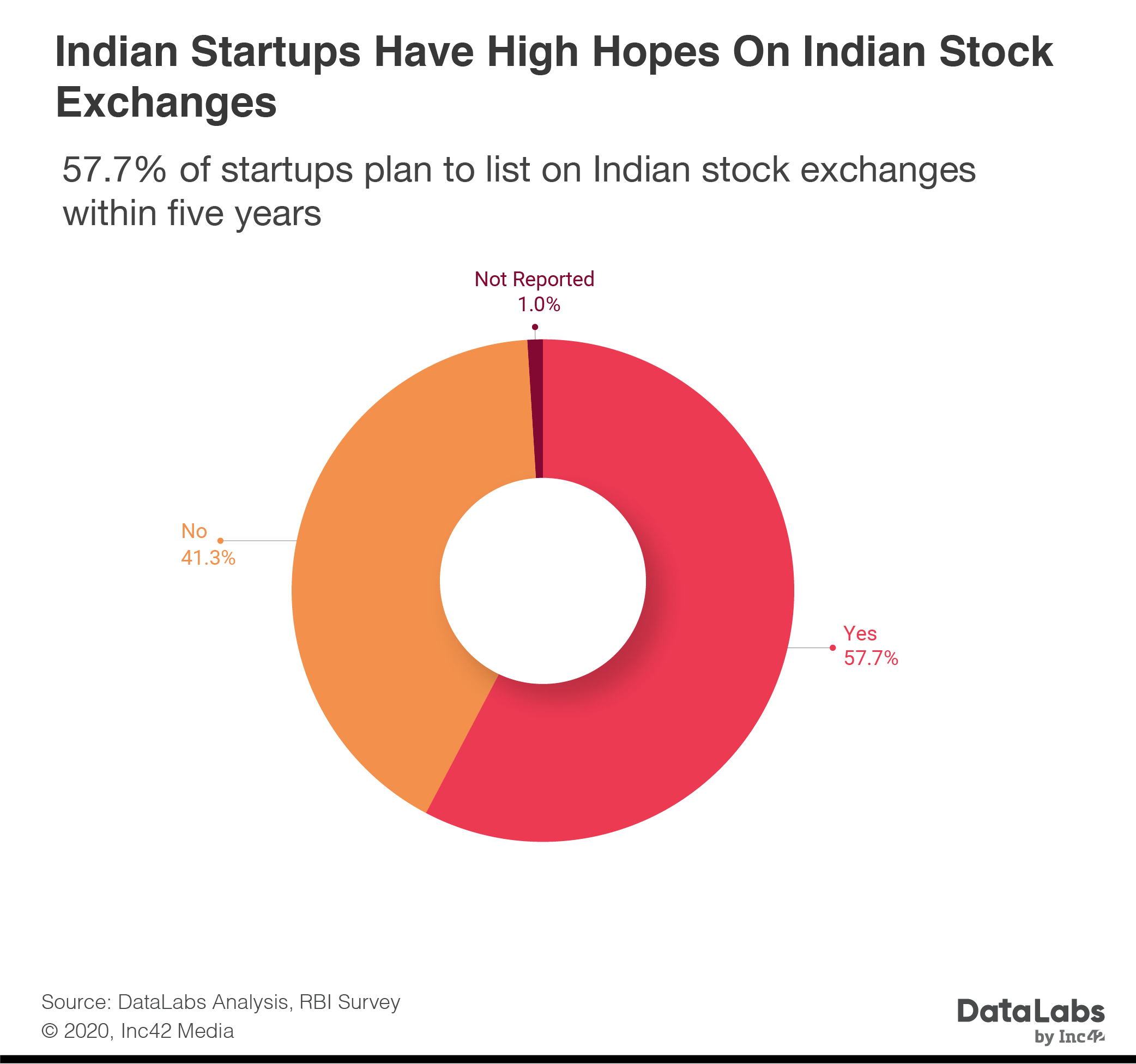 Many Indian tech companies have in the past preferred a US listing instead of other options in India or Southeast Asia. One of the main reasons why the US stock markets come across as a great avenue for these companies could be global visibility. With the highest number of companies, the highest concentration of investors and relatively lower volatility, the US markets fare as a far better destination for raising capital.

Indian stock market benchmark indices are dominated by the financial sector. On the flipside, the US markets favour technology firms. This makes the US markets the preferred destination to raise capital for tech startups in emerging markets such as India. 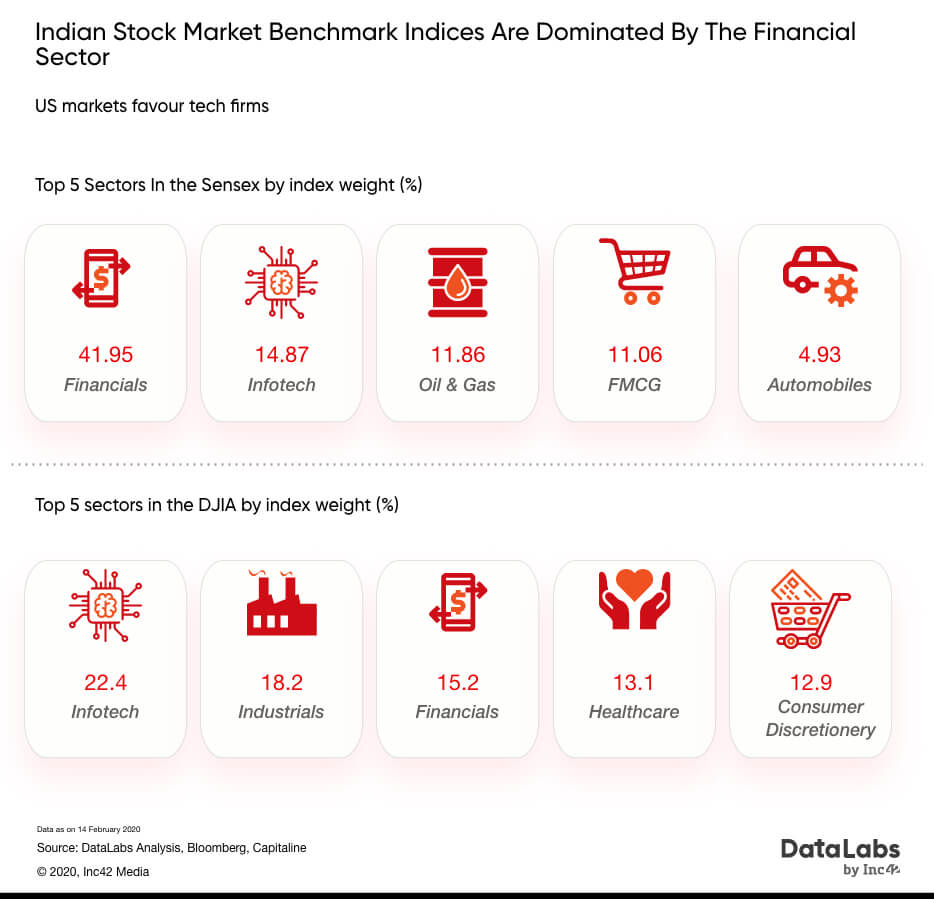 The United States’ technology sector benchmark index, the NASDAQ 100 Technology, has risen at a CAGR of 38.45% from 2016 to 2019. This indicates the growth potential for tech startups from other parts of the world looking to go public in the US. 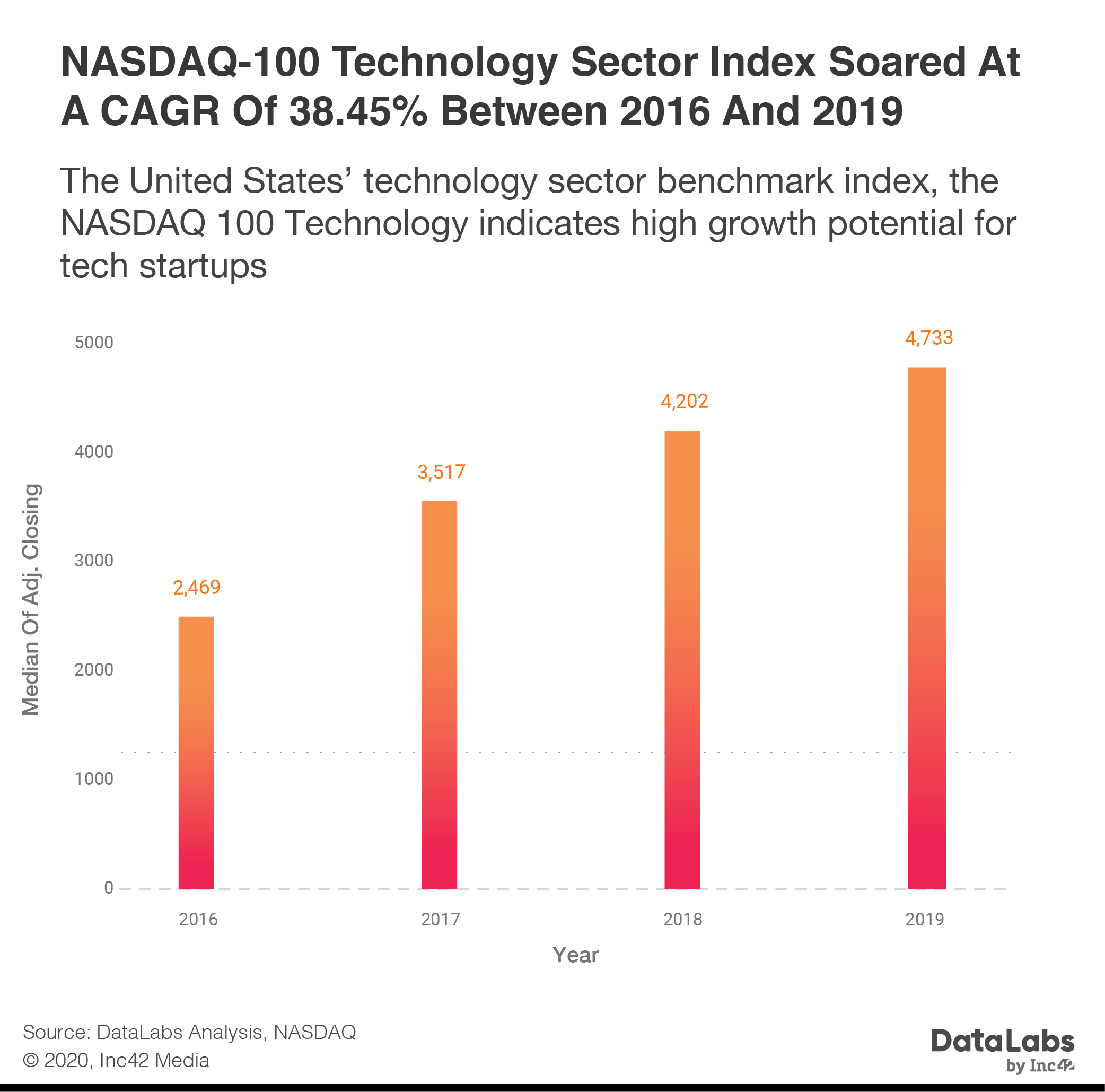 Ola seems ready to explore the Indian stock markets; the company’s cofounder and CEO Bhavish Aggarwal has confirmed intent to list the company in India itself.

“It is very important for us to be an Indian company and list in the Indian markets and build… maybe looking at us more. Indian internet companies can start going public rather than relying on private markets,” Aggarwal said earlier this month.

This is the kind of change required in Indian companies today.

A range of factors today are influencing the IPO destination for Indian startups, when it comes to the overseas exchanges. Valuation and liquidity are the two more prominent criteria for selection or rejection of a capital market, while the strength of the overall regulatory system and market size also play an important role. Other factors such as cost and efficiency of the listing system also determine the effectiveness of a particular capital market for a company.

According to DataLabs research, Indian tech startups prefer technologically-advanced countries such as the US over the home turf for listing. Being the biggest tech hub in the world and home to Silicon Valley, the US stock market gives them a fair chance to win international markets and gain bigger visibility. Listing their shares in markets such as the US gives them access to international capital as well as visibility. Unlike India, fewer regulatory hurdles make the US a more attractive market for Indian tech startups.

Is Southeast Asia A Major Destination?

In terms of listings, Southeast Asian countries have always lagged behind peers because of their relatively smaller pool of domestic businesses and heavy reliance on local capital. Fewer big players in the market and lower volume are the factors behind the lacklustre performance of these markets. With Chinese companies inclined towards Hong Kong stock exchange, the Southeast Asia exchanges do not offer much for investors yet. Companies raised $33.5 Bn from IPOs in Hong Kong in 2018, more than any exchange anywhere.

Singapore is also experiencing too many roadblocks; not just in the form of low trading volume, but also a chain of scandals such as the S-chip controversies that have undermined the confidence and trust in the stock markets. This has led to lower interest from institutional investors, especially in the mid-cap segment.

A combination of low trading volume and a dearth of big-ticket IPOs makes the Singapore’s SGX exchange a disappointment as the region’s gateway for investors.

To help startups move from the startup-centric Innovators Growth Platform of stock exchanges to the main board, India’s financial markets regulator Securities and Exchange Board of India (SEBI) has released a new framework to provide companies with an option to list in the regular category after one year on the IGP. The new framework mandates that the companies have a track record of remaining profitable for three years or have at least 75% of their shareholding with qualified institutional investors (QIIs).

However, many Indian tech startups still find it easier to raise capital through equity, as the investor ecosystem has spread quite far and wide in the past few years. Despite a slew of reforms, Indian stock exchanges still don’t offer much room for India’s loss-making startups to list their shares. More policies aimed at encouraging homegrown startups to consider domestic bourses for capital is the need of the hour.

The central government has introduced the Companies Amendment Act 2020 to amend the Companies Act, 2013 to enable listing of Indian firms on foreign stock exchanges. This would increase the competitiveness among the Indian companies with respect to access to capital, better valuations and broader investor base.

Further, the framework for listing of Indian companies under the foreign exchange and securities laws will be finalised by the finance ministry in coordination with the Reserve Bank of India, corporate affairs ministry and SEBI.