We Are Indian And We Will Have IPO In India: Ola CEO Bhavish Aggarwal

We Are Indian And We Will Have IPO In India: Ola CEO Bhavish Aggarwal

“There is a need for an Indian model also," Aggarwal said

Aggarwal said that given the digital economy, Indian companies can increasingly go global 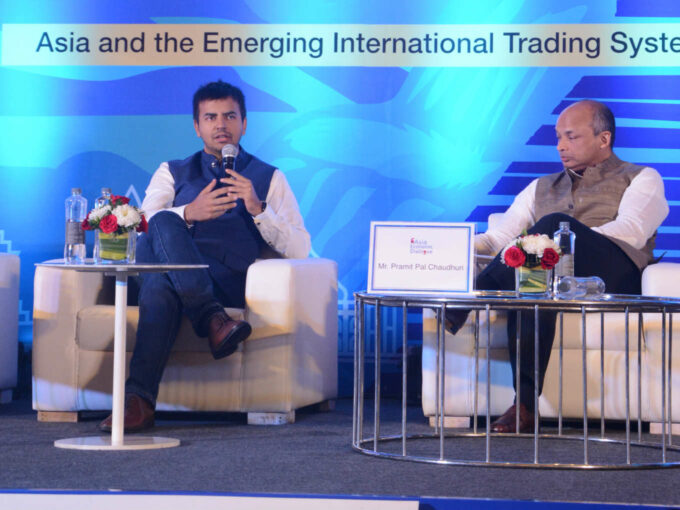 Bengaluru-headquartered cab-hailing unicorn Ola is one of the handful of startups eyeing a public listing in the near future. Its plans to list in next 18-24 months came to light last year and now the company’s cofounder and CEO has confirmed that the company will list in India itself.

Cofounder Bhavish Aggarwal said that Ola is an Indian domicile company, and unlike some of its peers, it will list in India. “It is very important for us to be an Indian Company and list in the Indian markets and build… maybe looking at us more, Indian internet companies can start going public than relying on private markets,” Aggarwal said.

The company’s plans to list in India matters as several Indian startups have eyed listing in the US, considering easier regulations and procedures. In India, only a few startups have listed publicly, the most successful being IndiaMART which went public last year. On the other hand, the likes of Droom, Freshworks, Drivezy and other companies have been looking to list abroad so Ola’s decision is a welcome change.

Aggarwal further spoke about the company’s focus, which he said has always been on building sustainable, self-sufficient and long-term institutions. “The startup phase in India is sometimes… one of the objections people have is people are spending too much money and they are not prudent from a financial perspective. Our focus has been to build a business which is, not building for vanity, but for building strong fundamental propositions for the consumer and in a profitable business model,” he added.

Founded by Aggarwal and Ankit Bhati in January 2011, Ola is now offering its services across 250 cities in India, UK, Australia and New Zealand. The company claims to complete over a billion rides annually with its over 2 Mn drivers. Ola has raised over $3.8 Bn from marquee investors such as SoftBank, Ratan Tata, Hyundai Motor Company, Kia Motors, Sachin Bansal and others.

Looking ahead to the next few years, Bhavish Aggarwal said, “When I see the future from a ten year or a beyond perspective, technologies are never focused on a single country. Technology disruptions happen globally. Value chains, supply chains are increasingly global.”

“So if we want to be relevant as a company ten years hence, we need to have a global footprint. And we do not just have a plain market and technology paradigms as they exist today, but we need to create and influence those paradigms from tomorrow,” he added.

Aggarwal believes that the disruption across industries and value chains can actually put India in the lead. “So, when I look at the next ten-twenty years, there is a lot of potential for companies founded in India, built on the strong base of large enough Indian market, also going global and setting the paradigms for industry standards, for technology, for innovation on a global scale.”

However, the company is still burdened with heavy losses. Ola’s parent ANI Technologies posted a loss of INR 2592.93 Cr on a consolidated level, while in India,  the company has cut down losses by nearly 56% down to INR 1160.27 Cr in FY19. Ola is also looking to invest heavily towards technology such as artificial intelligence, machine learning models for automation and for its new business verticals.

Talking about Indian startups going global, Bhavish Aggarwal further said that the further Ola expands outside India, the more excited it is about the Indian market, and called for an Indian model to go with US and China models that are well known around the world. “We have a very large business in small towns in India, we are considering going to rural parts of India, and to enable all of these you need to do a lot of innovations in cost structure,  technology, partnerships with the regulators, so in that context, it is a very different,” Aggarwal added.