Zostel Turns A New Leaf In Fundraising, Pitches To Customers For Funding

Zostel Turns A New Leaf In Fundraising, Pitches To Customers For Funding 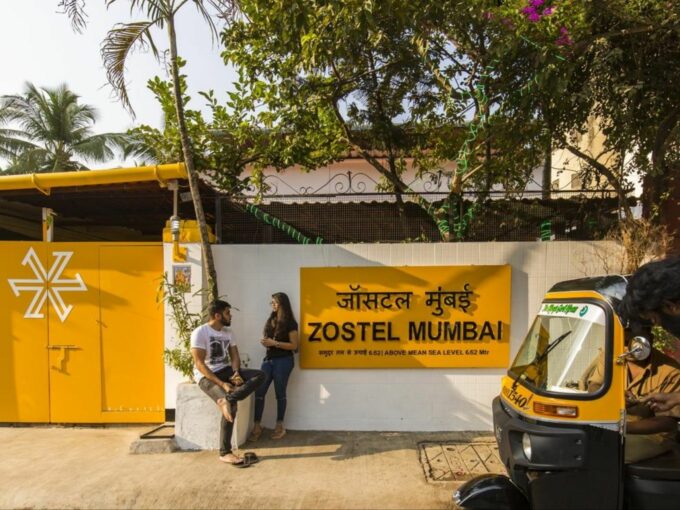 Zostel Hospitality Pvt Ltd which owns two brands — budget hotel chain Zo Rooms and backpackers’ hostel chain Zostel — has turned to its customers to raise INR 10 Cr funding at a pre-money valuation of INR 75 Cr. The company has invited its patrons to turn angel investors and infuse anywhere between INR 5 Lakh to INR 1 Cr into its hostel chain Zostel.

The company’s cofounders Dharamveer Singh Chouhan and Chetan Singh Chauhan denied to comment on the development. However, Dharamveer, in an email to the customers dated September 11, said, “It is with my heartfelt pleasure that I invite you to take part in our upcoming investment round. Zostel is driven and built by a passionate community and today, extending an opportunity to you for being a part of wealth creation with Zostel is humbling for us.”

“We are raising [INR] 10 Cr at a valuation of [INR] 75 Cr pre-money as a Public Unlisted Indian Company. And you have an opportunity to invest anywhere between [INR] 5 Lakh to [INR] 1 Crore,” he further added.


Zostel has nearly 1900 beds in more than 42 locations across India and Nepal. The company also has nearly 20 bed-and-breakfasts in India with nearly 200 beds. It has served more than 2.25 Lakh travellers and 20K solo female travelers, according to the company’s website.

With the latest funding, Zostel plans to expand into 250 locations, increasing its dorms to 26,708 and the average room rate to INR 800 from INR 730. In its deck, the company also aims to achieve a break-even point 24 months after closing the round. It further aims to increase its average revenue run rate and average expense rate to INR 167 Cr from INR 4.1 Cr and INR 5 Cr, respectively, in FY20.

Zostel, in its pitch deck to customers, claimed that it has nearly 54% average occupancy rate, 70% repeat users, and 65% net promoters score (customer loyalty and satisfaction measurement). Besides this, nearly 20% of its customers are international travelers and 45% are female.

Earlier, ZO Rooms was stuck in a legal battle with hospitality unicorn OYO. Back in 2016, OYO had signed a term-sheet to acquire the assets of ZO Rooms, but OYO called off the deal after a long delay. The Ritesh Agarwal-led company had later filed a criminal case against ZO Rooms alleging continuous inconvenience and harassment by Zostel founders.

In response, ZO Room said that OYO had acquired its data of employees, assets, hotel properties under the pretext of accelerating the process of acquisition, but later refused to pay the dues for the business acquired. The company also filed a petition in the Delhi High Court in 2017. However, the Gurugram-based district country rejected the petition on the grounds that it lacked jurisdiction.

Earlier this year, the company escalated its ongoing case against the SoftBank-backed company. OYO now has to explain its restructuring to the court-appointed arbitrator and to ZO Rooms.


Zostel Too Stuck In Covid-19 Storm Along With Travel, Hospitality Giants


The development comes as the entire travel and tourism industry and hotel and hospitality businesses have come to a stand still amidst the Covid-19 pandemic that has shadowed over the entire world. Even big giants like OYO, Airbnb, MakeMyTrip, and Yatra have come under its ambit.

Meanwhile, OYO’s revenues have dropped down to $25 Mn-30 Mn per month, chief executive of SoftBank Investment Advisers Rajeev Misra highlighted during an event. Meanwhile, the company’s financial condition has led to salary cuts, furloughs and layoffs across all 80 countries it was operating in. Though the company started revoking the 25% salary deductions from August payroll, it also decided to extend the furlough period of its employees by another six months till February 2021.

From Zostel’s pitch deck, it is clear that the company has recorded a loss of INR 90 Cr in the financial year 2020. But the Q1 of FY2021, too, have been impacted for the company in the same way as the global giants.

In order to survive the storm, the company launched long stays which allows customers to rent out dorms or private rooms in the hostels for a long time but at heavily discounted rates. The feature feeds into the culture of workcation for people who have moved into scenic or vacation spots to work-from-home. Besides this, it has also offered credit-based travel packages, which can be redeemed anytime and anywhere there is a Zostel partner available.