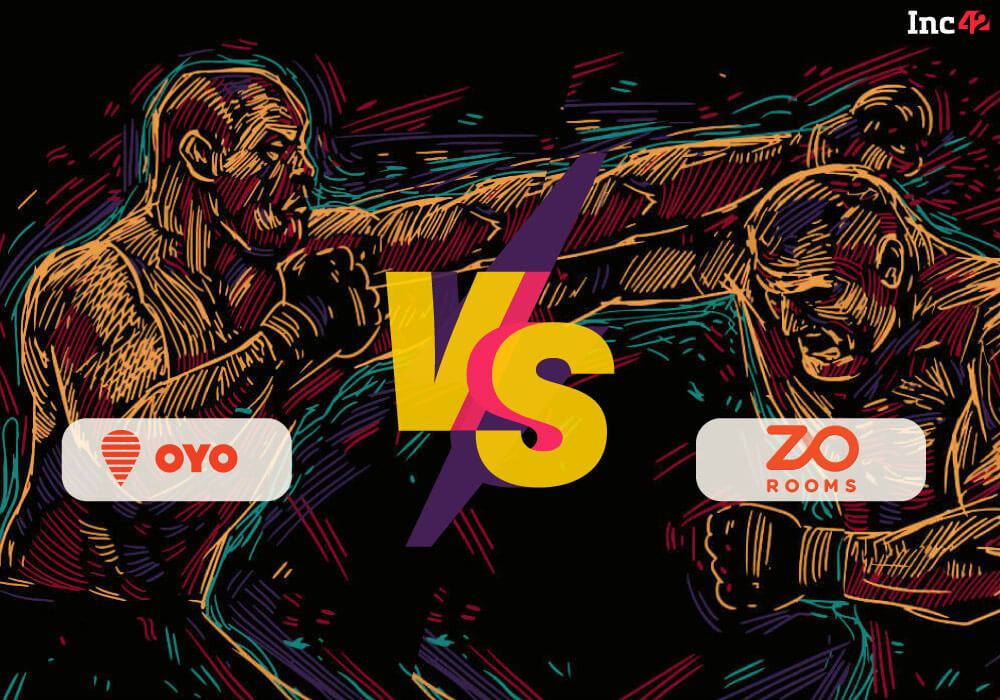 The OYO-ZO Rooms’ battle is now getting fiercer and the ball is steadily moving towards OYO’s court. Reportedly, a Gurugram-based district court has rejected an arbitration petition filed by budget hotel aggregator ZO Rooms against OYO on the grounds that it lacked jurisdiction.

As OYO stated in an email response to Inc42, “We are delighted with the outcome which reinforces the faith entrepreneurs have in the judiciary. Zostel is taking an emotional route now after the dismissal of their petition. These are factual misrepresentations and theatrical antics by Zostel in a futile attempt at gaining emotional mileage on the case.”

While ZO Rooms has accepted the court’s order, it did not go with OYO’s statement on the matter. As stated by a company spokesperson, “ZO Rooms had filed a petition seeking injunctive relief before the Gurugram court which was declined on the grounds of lack of jurisdiction.”

The spokesperson further added that the court did not pass any order on the merits of the case. On the other hand, OYO had filed a suit for defamation before the Delhi high court and sought certain injunctions against ZO Rooms and its founders.

“The high court declined to pass any injunction against ZO Rooms on February 22 and posted the matter for further hearing.”

Two years back, OYO signed a term-sheet to acquire the assets of ZO Rooms. However, after a long-delay, OYO called off the deal. Recently, OYO filed a criminal case against ZO Rooms stating alleging continuous inconvenience and harassment by Zostel founders.

The petition says, “In the garb of obtaining certain confidential information, (OYO) has in fact acquired the entire business of the petitioner (ZO Rooms) and is now refusing to pay the dues owed to the petitioner.

OYO, on the other hand, is holding its criminal case on the fact that, ZO Room is continuing its efforts to pressurize OYO to pay for an unviable business that Zostel shut down on its own in the absence of resources to further carry on its loss-making operations.

“The non binding agreement fell apart earlier and we stated in a statement that there was no real business to acquire. In addition Zostel was not meeting its obligations to clear significant dues from vendors and owners to move the diligence forward. Getting into a deal with this background would have been harmful for our reputation and our business.”

Here Is The Flip Side Of The Coin

While a lot has already been said about how ZO Rooms is harassing OYO, here is another side of the story as shared by ZO Rooms with Inc42.

What we already know is that ZO Rooms was founded by seven young IIM/IIT entrepreneurs – Dharamveer Chouhan, Akhil Malik, Paavan Nanda, Tarun Tiwari, Chetan Singh Chauhan, Abhishek Bhutra and Siddharth Janghu- in 2013. In a span of 1.5 years, the team claimed to had scaled up their operations across 52 cities, 12 offices, 800 Hotels and 700 employees. The startup has two brands i.e. ZO Rooms and Zostel.

This was the time when OYO was leapfrogging ahead in the budget hotel segment and had already raised $100 Mn funding from Softbank and its existing investors. “For the sake of brevity, fast forward to November 2015, we held talks with Ritesh Agarwal and signed off a Term Sheet with OYO to acquire our business in return of 7% ownership in OYO with blessings of investors from both sides.”

The ZO Rooms team further claims that, for the next three months, each and every team member of ZO Rooms worked with OYO’s team in different cities to transfer every inch of the business. “It was not an exercise done at a founder or core team level, but rather almost each one of our employees has played their part in efficiently transferring our business spread across length and breadth of the country to OYO by Feb 2016.”

But what happens next was not something that ZO Rooms had ever expected. In February 2016, with reports of Softbank announcing the acquisition all across the media and final agreements on the table for signatures, ZO Rooms stated that OYO suddenly came up with a request for a slight delay in share allocation owing to some internal investor issues.

“From that time till mid-2017, OYO kept us engaged citing one excuse after another to delay our dues after we performed our duties pertaining to the deal, however, given Ritesh’s assurances and credibility of names involved, we waited patiently, while copies of various definitive documents kept flowing between us and their officers.”

However, in October 2017, OYO out-rightly declined to issue ZO Rooms’ 7% shares, “as after ‘careful evaluation’ they didn’t find enough economic sense to pay the dues of a business that they had already acquired 1.5 years ago!”

Also, in the last week’s stories, OYO suddenly came up with numerous afterthoughts for not going for the deal – something that they had never raised in the past two years, as per ZO Room’s team. ZO Rooms further tried to solve the issue amicable between the two companies but were then forced to knock the gates of Indian judicial system.

“We are taking up this battle for justice to the revered and respected Indian Judicial System – our only hope for justice now. We don’t have much money left in the company to incur prolonged legal costs, PR machinery and advisers – something OYO can splurge on – or counter the frivolous cases through which OYO wants to pressurise us and muzzle our voice. Our only asset is the wealth of strong supporting evidence of OYO taking up our entire business without giving us a penny. Hopefully, we win or maybe even if we lose, we will be satisfied to fight this battle of a lifetime against money with nothing but just the truth!”

For now, OYO is at the crest of winning this battle. OYO also continues to pursue its criminal cases under section 379, 414, 420 and 120B of IPC filed in January 2018 and other implications under IT and Copyright Acts with the Economic Offences Wing and Cybercrime department, filed in 2015, against senior employees of Zostel for stealing data and other assets including laptops, “which continue to be under ZO Rooms’ access even now and being used to its benefit”, as claimed by an OYO spokesperson.

While the Indian government is raising its flags in the seminars worldwide as a startup nation, the Indian entrepreneurs are facing some cruel realities. The OYO-ZO Rooms legal tangle is not the first one. The Stayzilla saga was the much worse, where the founder Yogendra Vasupal had to spent months in the jail. In several cases, the startup founders stepped back without even fighting to avoid getting their hands dirty in the blame game ruled by power and resources.

Going ahead, how the ruling of the court in the OYO and ZO Rooms’ case will impact the Indian startup ecosystem, is a wait-and-watch situation.