Based on Zomato’s performance in the Covid-19 hit first quarter of FY21, the company could see its revenue decline 54-58% in the current financial year, compared to FY20 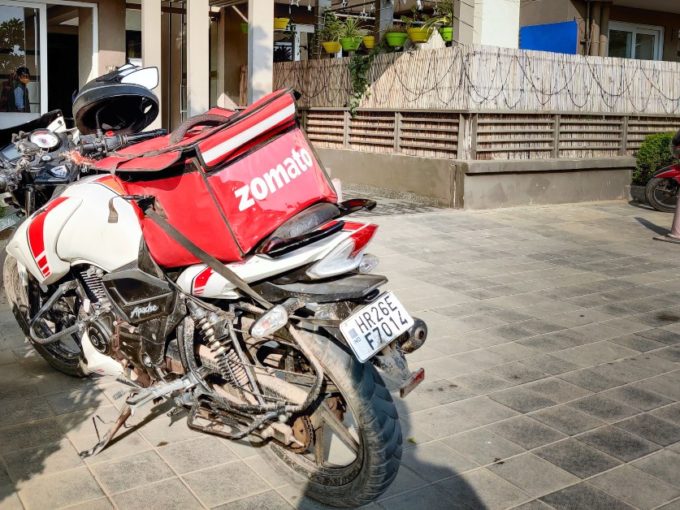 In FY20, Zomato saw its revenue increase 84% year-on-year to INR 2,486 Cr. The filings mention that the primary revenue source for the company is through ad sales, online ordering and Zomato Gold (now called Zomato Pro) business segments. Revenue from operations stood at INR 2336 Cr, while other income came in at nearly INR 150 Cr for the year.

In FY20, the company also acquired ride-hailing firm Uber’s food delivery unit UberEats’ India business for $350 Mn (INR 2,559 Cr), although it’s not clear whether the company has accounted for the acquisition in its expenses for the year.

How Will Zomato Fare In The Pandemic Year?

The filings mention that the impact of the Covid-19 pandemic and the resultant countrywide lockdown has been felt by the company from March 2020 onwards, resulting in a significant reduction in order volumes and dine out revenue. Of course, the financials do not reflect the impact of this slowdown, given that they are for the previous fiscal year. Zomato said the company is working on a number of products to address this loss, like “contactless dining and delivery/takeaway products in certain geographies outside of India”.

Based on Zomato’s revenue in the first quarter of the current fiscal year, it looks like FY21 wouldn’t be as profitable for the company as FY20. Assuming that the average quarterly revenue for Zomato will be between $41 Mn and $45 Mn, the expected annual revenue for FY21 will be in the range of $165 Mn-$180 Mn. Compared to FY20, the financial year 2020-21 might bring a revenue decline of approximately 54% to 58% for the company.

Although, in its mid-Covid report released in September last year, Zomato had noted that its food delivery business had made a complete recovery in affluent neighbourhoods of Delhi and Mumbai, while the business was operating at 80% of pre-Covid volume in cities like Bengaluru, Hyderabad and Chennai.

Founded in 2008, Zomato is one of at least six Indian startups that are planning an Initial Public Offering (IPO) this year. However, the fact that most of these startups, including Zomato, aren’t profitable, means that an overseas listing is a near certainty, given that many of these companies have their parent entities incorporated in Singapore or the US.