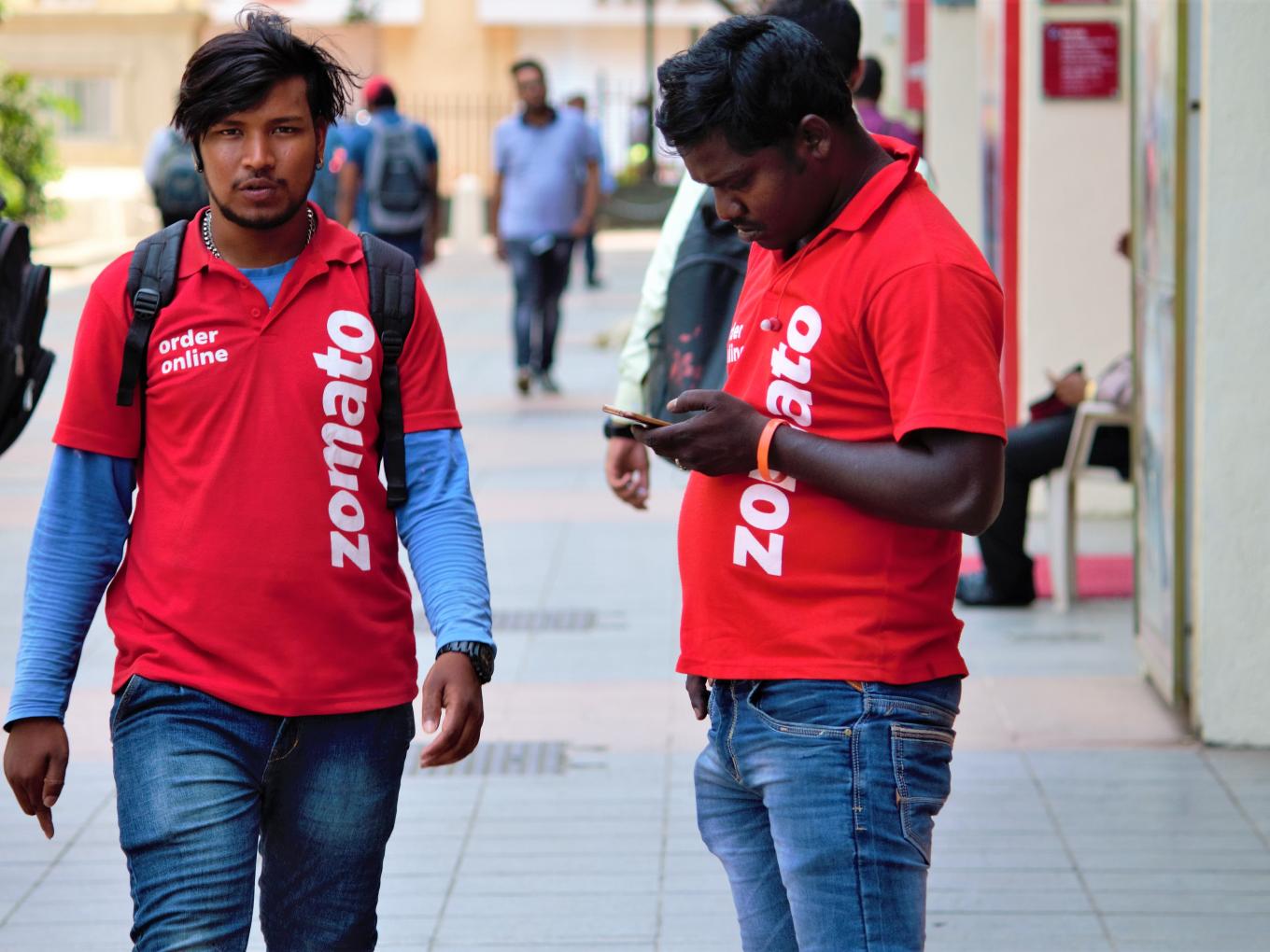 While Zomato's revenue grew by 105% in FY20, the new fiscal has had an underwhelming start

Based on estimates, the company’s annual revenue for FY21 could witness more than 50% decline from FY20

Foodtech unicorn Zomato, on Friday (July 10), released its annual report, summing up the company’s performance in the last five financial quarters, including the coronavirus-hit Q1 2020-21. And while Zomato laid out the impact of the Covid-19 pandemic on its entire operations, the company has a massive task on its hand to pull up its revenue to 2019-2020 levels.

The report, usually published in the first week of April for the last three years, was delayed this year as the company felt that the impact of the Covid-19 pandemic rendered “the past irrelevant and the future uncertain.”

Zomato’s revenue performance was strong in FY 2020, growing 105% from the previous year. Over the same period, however, the company’s losses grew by 47%. In the first quarter of 2020-21, the current fiscal year, the company’s earnings stand at $41 Mn while the losses stand at $12 Mn.

Based on Zomato’s revenue in the first quarter of the current fiscal year, it looks like FY21 wouldn’t be as profitable for the company as FY20. Assuming that the average quarterly revenue for Zomato will be between $41 Mn and $45 Mn, the expected annual revenue for FY21 will be in the range of $165 Mn-$180 Mn. Compared to FY20, financial year 2020-21 might bring a revenue decline of approximately 54% to 58% for the company.

In other words, to match up to the previous financial year revenue, we estimate that Zomato will require an average quarterly revenue of $98.5 Mn, which would be more than 2x what it earned in Q1, ending June 30, 2020.

The report adds that the Covid-19 pandemic has set Zomato back by a year in terms of the size of the business. At the same time, it notes that the company’s negative cash flow or spendings have fallen during the lockdown period, allowing the company to predict a complete recovery of its pre-lockdown volume in the next three to six months. 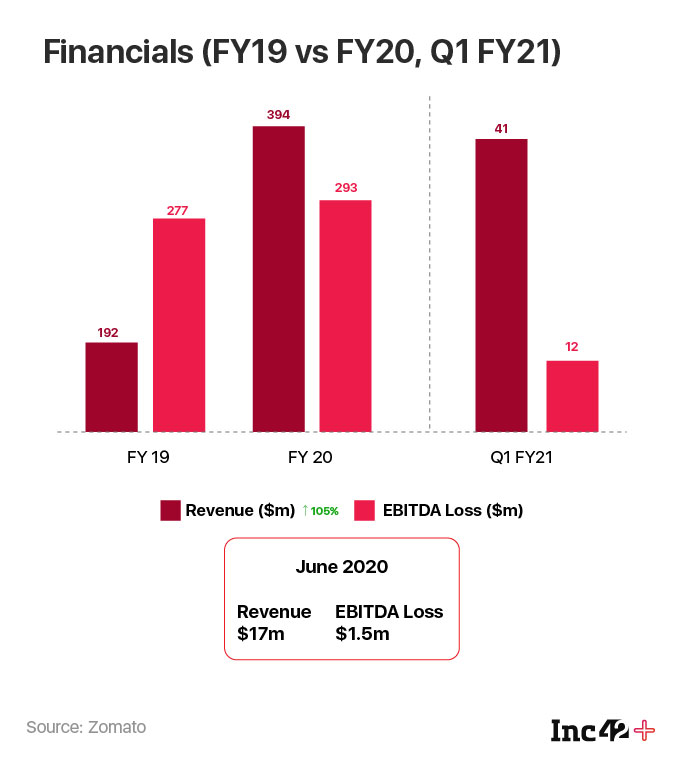 Among the most telling data points in the report is the ‘Food Delivery Unit Economics’. The report says that Zomato’s contribution margin, which is the money it earns per order after deducting variable costs associated with each order, has increased over the past 18 months. Further, the report talks about the company’s falling revenue from the ‘dining out’ business, as restaurants remained shut for more than three months during the nationwide lockdown, and are only now beginning to open in a phased manner. Nevertheless, most people would be apprehensive about visiting restaurants as the pandemic shows no signs of abating. The company talks about promoting ‘contact-less dining’, where costumers don’t have to touch menu cards or interact with the restaurant staff.

In the ‘Team Updates’, the report talks about how 75% of the company’s staff volunteered for partial salary cuts, which brought about a total reduction of 14% in the company’s payroll costs. It adds that salaries have been reinstated this month. However, the report doesn’t mention anything about the company’s layoffs in May.

According to an Inc42 report from May, Zomato laid off 13% of its staff, which translates to around 5000 employees. CEO Deepinder Goyal had said that the company did not have “enough work for all our employees. We owe all our colleagues a challenging work environment but we won’t be able to offer that to 13% of our workforce going forward.”

The company had promised financial support to the employees affected by the layoffs, to the tune of paying 50% of their salaries for the next six months and helping them find opportunities elsewhere.  Goyal had also said that some employees who had been laid off used to work with Zomato through manpower agencies and were not directly on its payroll. “We are going to help these agencies support these employees with two months of severance (vs 15 days of contractual obligation),” he had added.

The pandemic also saw the company downsize its operations in terms of the office space it owns all over the world. In his blog post where he had talked about the layoffs, Goyal added that the company would prioritise work from home (WFH) for its employees in the near future.

The company’s annual report also talked about its social initiatives during the pandemic, namely its ‘Feed the Daily Wager’ campaign to raise money and provide food support to daily wagers who lost their livelihood during the Covid-19 lockdown. The company said that it raised INR 32 Cr towards the initiative, which translated into more than 65 Mn meals for the poor during the pandemic.