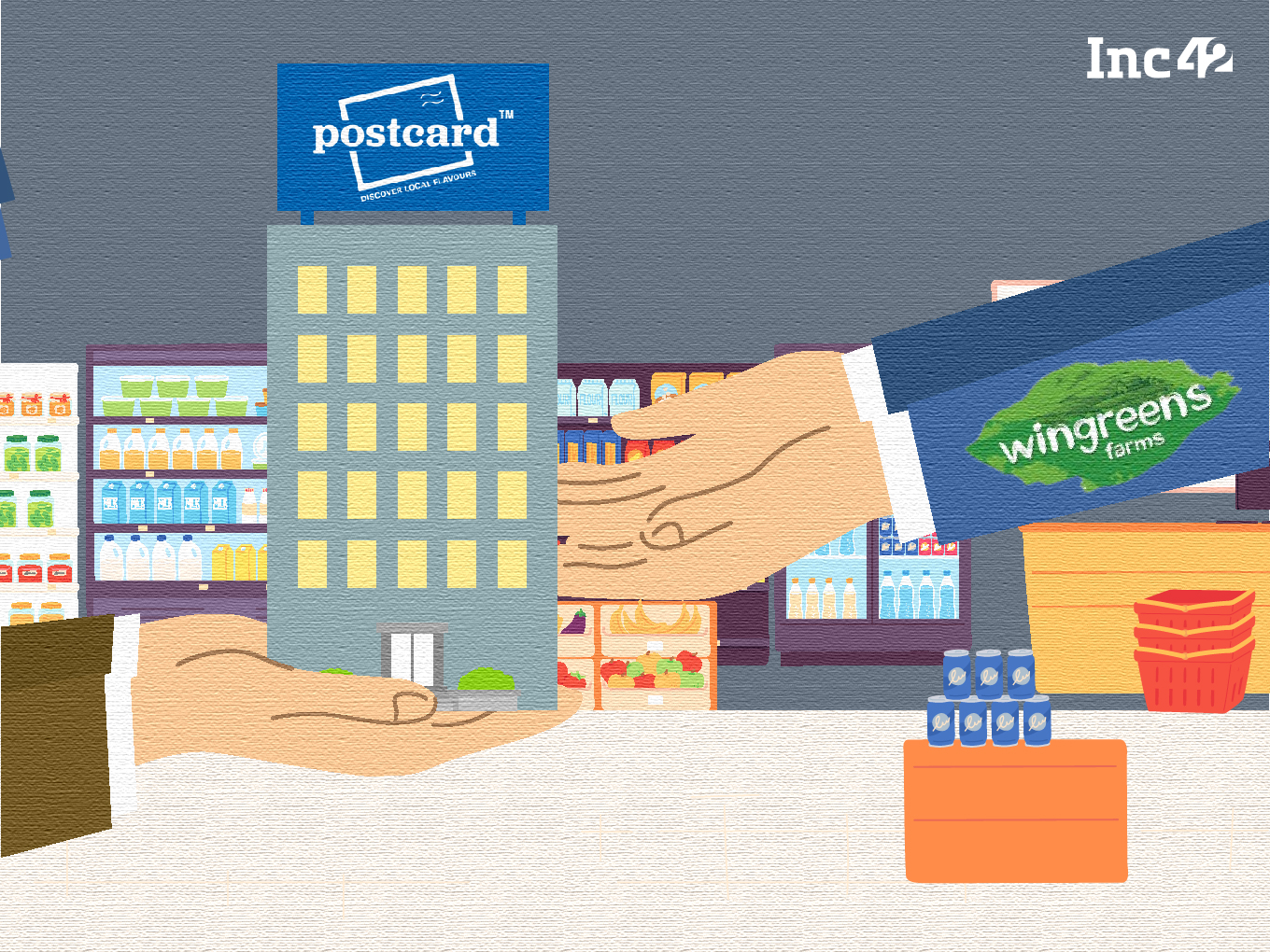 The acquisition is a mix of cash and share swap deal

Packaged food startup Wingreens Farms is acquiring a 100% stake in  Bengaluru-based snacks startup Postcard. It will be the first acquisition of 2022 by the Sequoia Capital-backed startup.

Wingreens Farms will acquire Dharmya Business Ventures Private Limited, the parent company of Postcard, for around $2.1 Mn in a combination of cash and share swap deal. The acquisition will help Wingreens Farms further increase its product portfolio under its ‘Wingreens World’. Postcard sells localised snacks in packages. Some of its offerings include Kolhapuri Bhadang, Mysuru Murukku, Andhra Ginger Pickle, Jamnagar Kachori, among others.

As part of the deal, Wingreens Farms will acquire equity shares from Ashish Nichani and Metla Sudarsan, the promoters of Dharmya Business Ventures, for around INR 1.8 Cr.

In an extraordinary meeting earlier this week, the board of Wingreens Farms passed a resolution to allot 1.4 Lakh equity shares, worth INR 14.1 Cr, to the shareholders and promoters of Dharmya Business Ventures.

Apart from the promoters, shareholders of Postcard, including Sauce.vc, Axilor Technology, LogX Ventures, and 17 others, will also receive equity shares of Wingreens Farms as a part of the deal.

The development comes almost five months after Wingreens Farms raised around $17 Mn in a Series C round led by Investcorp. Its existing investor Omidyar Network India also participated in the funding round.

In its Series B funding round, Wingreens Farms had raised $17 Mn from Sequoia Capital and Investments AG.

These acquisitions by Wingreen Farms were in line with its aspiration of becoming a house of brands for packaged food products.

The startup competes against the likes of Veeba Foods, which is backed by Verlinvest, in the startup space. It also competes with established FMCG brands such as Nissan, Nestle, Amul, among others.

According to Inc42 Plus, the online fast moving consumer goods (FMCG) market is poised to reach $25 Bn by 2025, with packaged food being the major category in terms of market potential.