In March this year, it had acquired Raw Pressery, whose products will also be offered on Wingreens’ D2C sales website 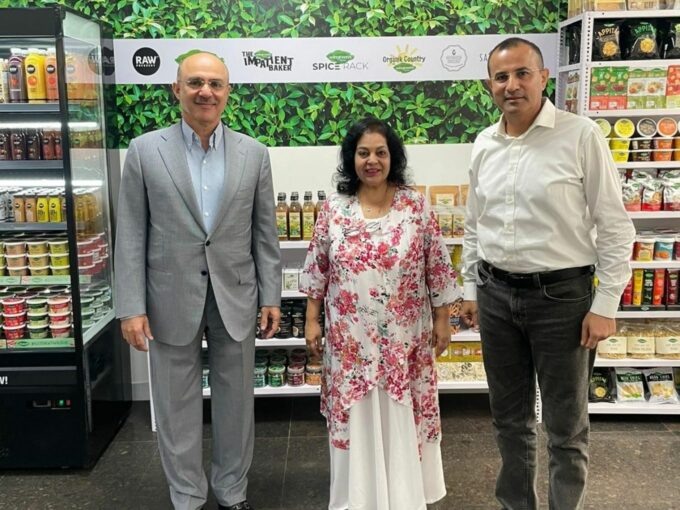 Wingreens Farms has raised INR 124 Cr ($17 Mn) in a Series C funding round led by Investcorp. Omidyar Network India also participated in the funding round.

In March this year, the startup had acquired organic juice startup Raw Pressery at one-fifth of its previous market valuation in a distress sale. In 2019, the Gurugram-based food and beverage maker had raised $17 Mn in Series B funding from Sequoia Capital and responsAbility.

The startup has an omnichannel distribution strategy with an offline retail footprint in over 200 cities in the country. It also launched a new direct-to-consumer (D2C) website called theWingreensWorld.com, which features products from recently-acquired Raw Pressery.

“We are delighted to welcome Investcorp and Omidyar Network India to the Wingreens family. Their valuable experience and resources will empower us to onboard many more new age food and beverage brands on theWingreensWorld.com platform with an online and offline presence, ” said Anju Srivastava, founder and managing director of the startup.

“We are passionate about building a new age food and beverage company that continues to scale its social impact on the back end while building exciting brands that resonate with the emerging millennial consumer on the front end,” she added.

Many companies are looking to adapt to the changing eating habits of millennial customers. According to a study conducted by Euromonitor, 44% of urban millennials skipped breakfast and delayed meals. Consumers also took to increased consumption of fruits, vegetables and whole grains: an emerging post-Covid trend.

“Wingreens addresses a large market that represents significant potential and headroom for growth. Over the years, it has showcased a robust market standing and strong financial metrics. We look forward to working with the company and enabling them to scale further,” said Gaurav Sharma, Partner and Head of India Private Equity at Investcorp India.

In India, Wingreens sees direct competition from the likes of Veeba, which also sells sauces and dips. The Gurugram-based startup has been focusing on B2B sales by signing contracts with quick service restaurant (QSR) chains like Domino’s Pizza and KFC. It also has a D2C pipeline where it sells products directly to consumers through its website.

According to Inc42 Plus, the online fast moving consumer goods (FMCG) market is poised to reach $25 Bn by 2025 with packaged food being the major category in terms of market potential.