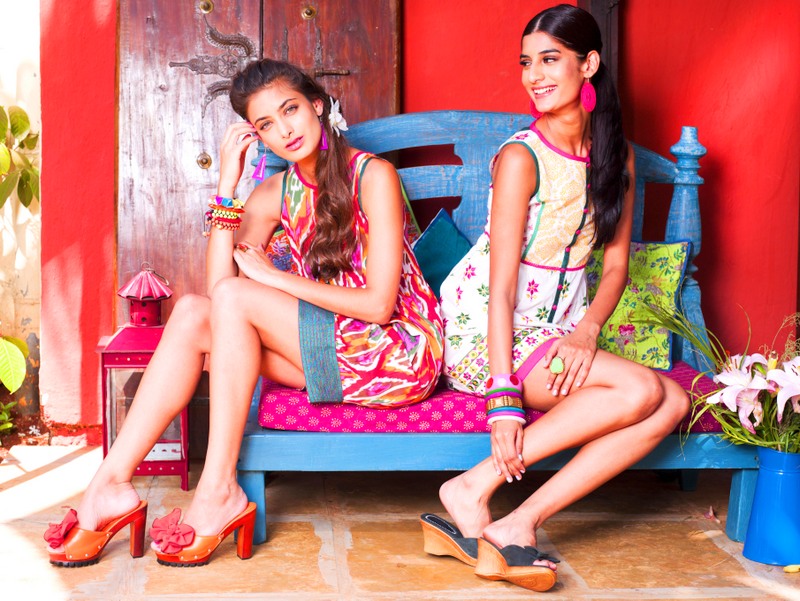 Bangalore based fashion app Voonik has secured $5 Mn in a series A round of funding led by Seedfund and Sequoia. The company had earlier raised over $390k (INR 2.5 Cr.) from Seedfund.

The funding will enable Voonik to enhance its personalisation and style recommendation technology.

Voonik was founded in 2013 by Sujayath Ali and Navaneetha Krishnan, it is an personal shopping app for women which allows users to buy what suits their body, lifestyle and budget. With the presence of number of players in the fashion segment, Voonik sets it apart from other conventional ecommerce firms by offering an in-house personal shopping platform that makes recommendations to shoppers based on their profile and preferences.

It allows users to discover personalized apparel from number of other ecommerce sites like Jabong, Fashionara, Zovi, and so on. This allows them to get personalized recommendations from across ecommerce stores in a single app and lets consumers shop in a single checkout.

The company had launched its mobile app last year and has managed to get over 1M+ downloads during this time. According to the company, on an average it registers close to 2,500 purchases daily from 1,500 unique customers.

Sujayath Ali, CEO and Co-founder of Voonik said, “While ecommerce portals have been extremely popular, we have observed mcommerce is increasingly becoming the de facto mode for making transactions. With the ubiquitous smartphone getting cheaper, along with better connectivity, we believe mobile is the future of commerce.”

Recently, Myntra went on an App only mode and Flipkart is also planning to adopt this approach.

Voonik will be focussing on innovations that would enhance its mobile platform and provide an unmatched shopping experience to its users.

Voonik was also among the 16 startups that were part of the 2014 summer batch of Microsoft accelerator programme in India announced last year.

According to a research by Morgan Stanley, India’s online retail market is expected to cross $100 Bn mark by 2020 with fashion expected to account for about 30% of the total market.

Startups in fashion space that have recently raised funding include Limeroad, which raised over $30 Mn in a Series C round led by Tiger Global and its existing investors Lightspeed Venture Partners and Matrix Partners, Gurgaon-based fashion discovery site, Roposo.com that raised $5 Mn in series A round of funding from Tiger Global Management, Indian Quotient and Binny Bansal (co-founder and COO of Flipkart.com). In January, Hyderabad-based online fashion social network, VioletStreet.com had raised $312k in an angel round. Startups like Wooplr also operate in this space.