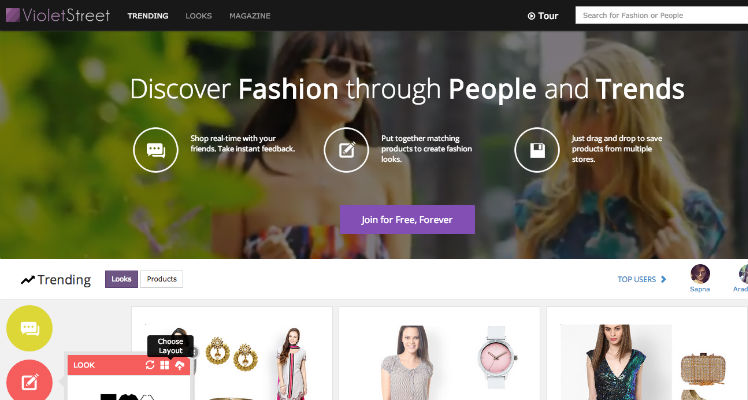 Venkat Vallabhaneni will be joining the board of the company with this round of funding. Also, Abhibus.com Founder CEO, Sudhakar Reddy will be joining as the Mentor of VioletStreet.

Founded by Ankur Gupta who previously worked for Microsoft R & D and Nayan Kumar, a BITS grad in June 2014, VioletStreet is essentially a fashion community that integrates the excitement of offline shopping to the online world. The users can discover fashion in a more exciting way by engaging with friends and an entire fashion community before buying.

The platform also allows its users to mix and match and create custom looks by putting together fashion products from various sites.

Related: This Hyderabad Based Startup Wants To Disrupt The Fashion Industry With Social Shopping

Venkat Vallabhaneni said, “Fashion is a mode of self-expression and with everything moving online for Gen X, this is only a natural extension. We believe that fashion will be the key driver in the ecommerce growth story in India by 2015. We believe in the founders’ ability to build a strong team and technology around their idea.

VioletStreet plans to use the funds raised to scale the technology, grow its team and increase its reach in the Indian market.

According to the company, more than 3000 looks are created by users on the site every month.

VioletStreet had previously raised INR 10 Lakh in a TiE Smashup event held in May, 2014.