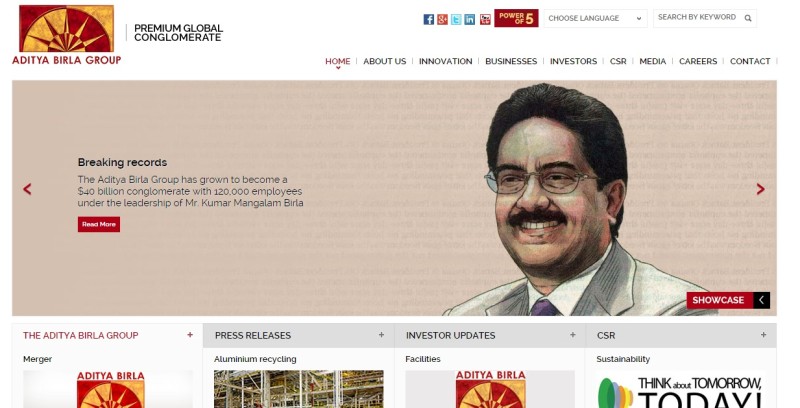 After witnessing a huge growth in ecommerce sector, an Indian multinational conglomerate, Aditya Birla Group is all set to launch an online fashion retail venture selling apparel, footwear and accessories. This move will make company to give direct competition to other existing fashion portals like Jabong and Myntra.

The new online venture will be independent of this brick-and mortar business. The company has assigned the task of evaluating opportunities in the ecommerce space to former Mckinsey executive Prashant Gupta. He had joined the group in 2010 and will head the ecommerce team.

The person familiar with the plan said, “Fashion e-tailing will be the group’s launch pad into the ecommerce space, which offers multiple opportunities. The basic structure for the new portal and its branding will be ready in another six weeks. We are evaluating several options for branding.”

The company will start hiring marketing and merchandising professionals as well as ecommerce and technology experts at the earliest to launch the venture. Currently, the group is engaged with Madura Fashion & Lifestyle to run its fashion business. Both the companies sell brands such as Louis Philippe, Van Heusen, Allen Solly, Peter England and People.

According to the recent research by Motilal Oswal, India’s online retail market is projected to grow to $45 billion by 2020, from $2 billion in 2013. Within this sector, fashion and apparel will grow faster.

The valuation of major ecommerce players like Flipkart and Snapdeal has reached multi-billion dollars in a matter of few years. Last year, Flipkart had raised around $1.91 Bn and Amazon India announced to invest $2 Bn in India.

As per market reports, Tata Group and Reliance Industries are also working to make a mark into online retailing, last year, Reliance had launched their first purely ecommerce portal RelianceFreshDirect.com.

The Aditya Birla Group is headquartered in the Aditya Birla Centre in Worli, Mumbai. It operates in 40 countries with more than 120,000 employees worldwide. The group interests in sectors such as viscose staple fibre, metals, cement, branded apparel, carbon black, chemicals, fertilisers, insulators, financial services, telecom, BPO and IT services. It had a revenue of approximately $45 Bn in year 2014.