Vistara To Launch In-Flight WiFi In India From Next Month

Vistara To Launch In-Flight WiFi In India From Next Month 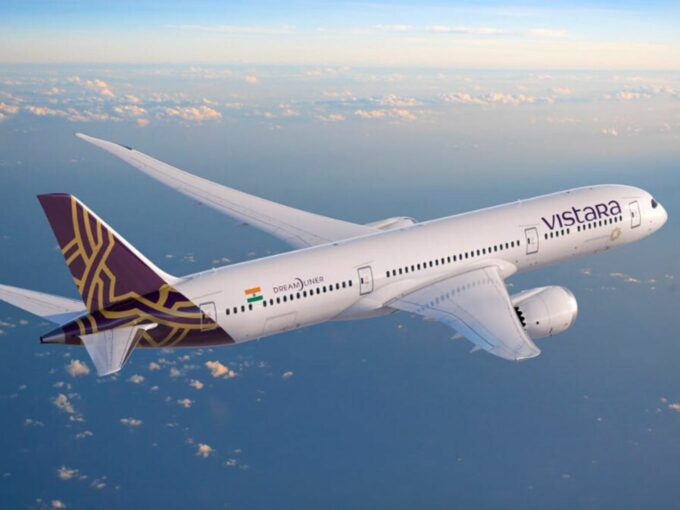 After the department of telecommunications (DoT) had notified the rules for enabling in-flight WiFi and calls in May 2018, under ‘Flight and Maritime Connectivity Rules, 2018,’ Tata Sons and Singapore Airlines backed Vistara becomes India’s first domestic airline to sign up for this service. With this, Vistara marks a new era of WiFi on aircraft in the Indian skies.

The airline is expected to launch its in-flight WiFi services by next month (March-April). According to the rules, the license is granted against an annual fee of INR 1 for a period of ten years. The service provider has to pay licence fees and spectrum charges based on revenue generated from these services.

Vistara has partnered with Tata Group’s National Radio & Electronics Company (NELCO) and Panasonic Avionics Corporation to offer this service to Indian passengers. The airline will be using GSAT-14 satellite of ISRO for enabling services in their aircraft.

Vinod Kanna, the chief strategic officer of Vistara, in a media report, said that the pricing of in-flight connectivity service is still under discussion with Panasonic Avionics and NELCO, and it will keep in mind the Indian audience and set up the prices accordingly. The prices are expected to be set up based on the data used by the passengers.

It also has to be noted that the regulatory body, Telecom Regulatory Authority of India (TRAI) has left the decision of pricing on Vistara.

As reported by CNBC TV-18, at present, the company plans to offer in-flight WiFi services on Boeing B787 aircraft. In the coming days, it will also be offering internet connectivity on A321 aircraft as well. Kannan said that the airline will have ten aircraft with in-flight connectivity service by 2021.

The in-flight WiFi services in the aircraft depend on geostationary satellites (GSAT-14) which will beam signals directly to antennas installed on the flight. Additionally, the aircraft needs to be equipped with a server, along with the equipment to convert satellite signals into data packets. To ensure the quality of the data is constant, the aircraft must be equipped with an antenna that re-orient based on the signal availability, while passing over land and water bodies.

This development comes after Vistara had announced its plans to launch the in-flight services earlier in December 2019. At the time, telecom secretary Anshu Prakash had said that the internet connectivity will be good for making phone calls, WhatsApp voice and video calls, and stream OTT platforms like Netflix and Amazon Prime Video.