No More Flight Mode While Travelling By Vistara—Here’s How

No More Flight Mode While Travelling By Vistara—Here’s How

Vistara has partnered with NELCO, a subsidiary of Tata group, to provide WiFi in flights

NELCO will provide Vistara with ISRO’s transponder space and VSATs 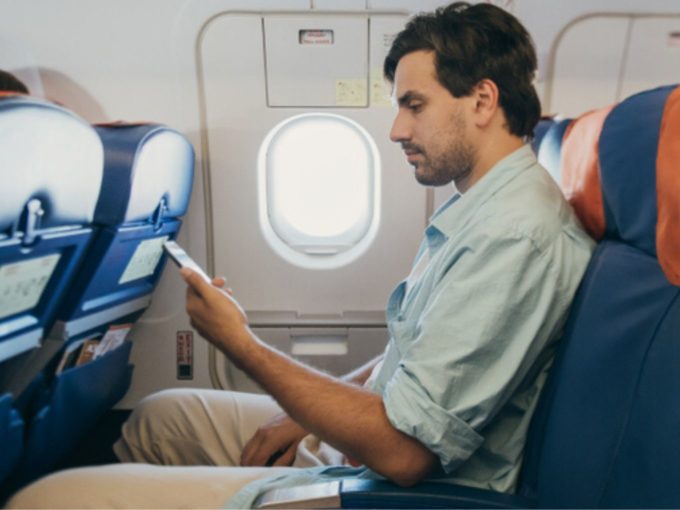 Not able to use the internet in flights is one of the common issues that almost everyone has faced at some point in time. However, to solve this issue, Tata and Singapore Airlines-owned domestic airline, Vistara, has announced that it is going to provide internet in flights through in-flight WiFi services.

According to ET, Vistara has partnered with NELCO, a subsidiary of Tata group, to provide Wifi services inside the flight. NELCO is a leading provider of very small aperture terminal (VSAT) solutions in India. NELCO will also provide Vistara with a transponder space, which it has received from the Indian Space Research Organisation (ISRO). Moreover, the government has allocated a spectrum to Vistara for providing this service.

VSAT is a two-way satellite ground station that is mostly used in military and naval applications to improve communication in remote locations. VSAT transmits and receives data from satellites and is capable of sending and receiving both narrow and broadband data to satellites in real-time. The data packages once received by these satellites are then transmitted to other remote terminals or hubs around the planet.

As of now, Vistara will only provide only internet facilities. Highlighting the extensive use cases of internet, Telecom secretary Anshu Prakash said that the internet is as good as phone calls as a customer can use over the top applications such as WhatsApp to make voice calls. However, a Vistara spokesperson told ET that the airline has not finalised about the whole process yet.

Though the Telecom Regulatory Authority of India (TRAI) regulates the pricing for all internet services provided in India, the government has left the decision of pricing for this in-flight WiFi service on Vistara.

Citing that this new feature is an add-on service that Vistara will offer Prakash said that it is up to them to decide what tariff the airline will charge. This also indicates that the airline might charge a hefty fee for the facility.

Earlier, India wasn’t so comfortable with the idea of providing WiFi in airlines because of security reasons. While the government, in May 2018, decided to allow data and voice services in flights, the changes were updated in the Flight and Maritime Connectivity Rules-2018 in December 2018.