KTB Network, Samsung Ventures, Sequoia’s Surge, Firebolt Ventures and others have participated in the round

It noted a 500% surge after Chinese app ban, and has nearly 75 Mn downloads so far 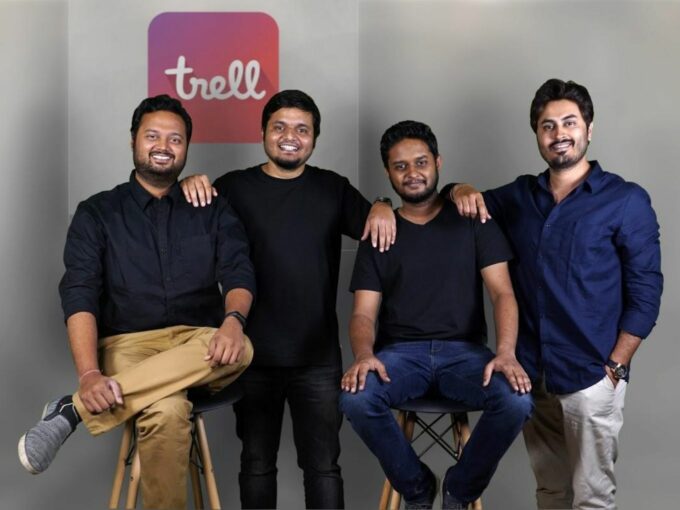 Founded in August 2017 by a team of IIT Bombay alumni Pulkit Agrawal, Prashant Sachan, Arun Lodhi and NITIE alumni Bimal Kartheek Rebba, Sequoia Surge startup Trell is a community-based platform enabling lifestyle discovery through video-based content in various Indian languages. It enables people to create visual collections of their travel and local experiences and share it as a classic slideshow video or copyrighted-images on other platforms.

The company has raised nearly $16.95 Mn till date. It has also noted a 500% growth rate since the Indian government decided to ban 59 Chinese apps, including TikTok, in June 2020. Trell has over 15 Mn creators on its platform receiving more than 5 Bn views since the Chinese apps ban.

Commenting on the same, Trell cofounder Sachan said, “We are glad to see the rapid growth and consumer love at Trell. Even today, over 500Mn Indian language internet users are struggling with lifestyle inspiration and purchase decisions. With more regional key-opinion-leaders (KOLs) coming on Trell, our aim is to become the most relatable lifestyle community commerce platform for our users.”

Overall, the company has 75 Mn downloads and 25 Mn monthly active users on its app. In the last 12 months, the company claims to have grown 27x, emerging as one of the prominent lifestyle social platforms in India.

“Trell has shown incredible growth over the last few months and we believe it’s only the beginning of what will come in the future. We were especially impressed by how the team dealt with unexpected user growth during the Covid-period. It’ll soon be a most prominent lifestyle social discovery platform in India and we’re happy to ride on a rocketship,” said Hyesung Kim, KTB Network.

Chingari, Mitron In Competition Too

Trell is not the only Indian application reaping the benefits of the government’s ban on Chinese apps. The ban on TikTok, which had more than 200 Mn active users in India as of June 2019, left a gaping hole in the short-video sharing platform space. Indian apps such as ‘Mitron’ and ‘Chingari’, billed as Indian alternatives to TikTok, have seen a huge uptick in terms of users and video uploads.