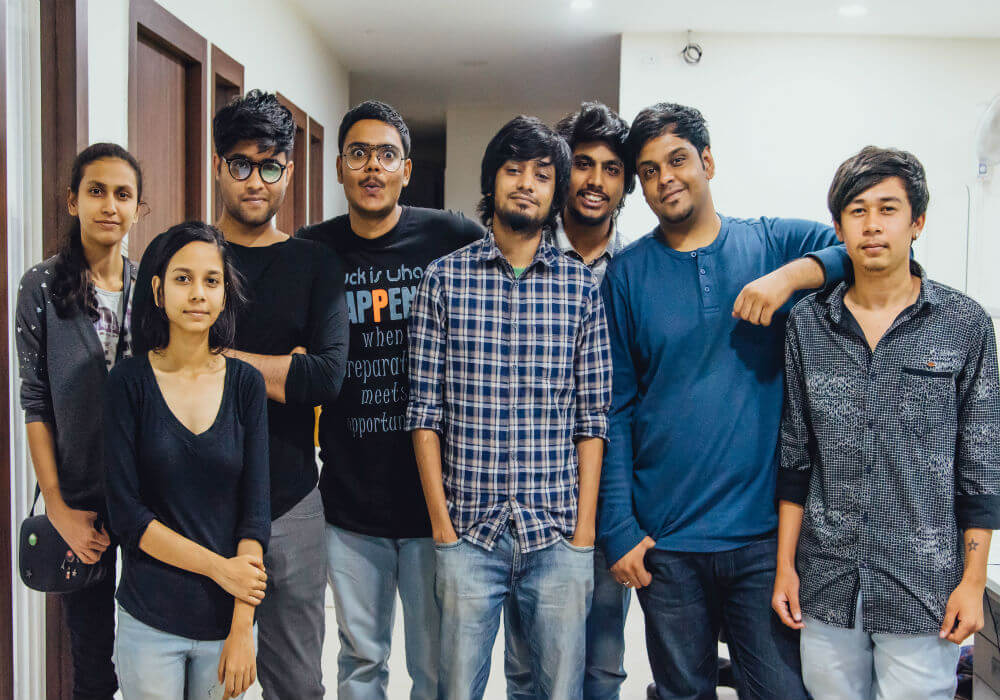 If you are of those ‘creative’ kind of people and have been unable to convince your parents to let you be ‘creative’ or one of those who has to call up mom from the office and say, ‘Maa, meri shaktiyon ka galat istemaal kiya gaya hai (Mother, My talent has been misused)’, then Varun Agarwal is your fairy godmother who will make you Cinderella, beyond midnight too.

Agarwal has launched a new venture based on the saying he has been using for quite some time: Grades Don’t Matter.

No, it’s not the movie Fakirchand and Lakirchand Trust University (F.A.L.T.U) where a fake university is created for people who fail to secure admissions in college, but a real app/website which allows you to hone your creative interests from the masters of the field itself.

Grades Don’t Matter offers more than 350 video lessons from 30 influencers, who will guide you through the basics of a course and teach you the qualities needed to be a success story of your dreams.

Also, you get a certificate signed by the master of your class, who can even take you in as an intern. (More on this later)

So like a true Indian, we asked why and Agarwal had a point.

“Someone can be good at arts and maths, but not at science. So the idea behind Grades Don’t Matter is that if you don’t get good grades that does not mean you are not smart and cannot have a great life and be successful. So we bring to you the careers for which you won’t need a marksheet. These are the skills you need to acquire, this is how you go about it, and you will be successful,” Varun Agarwal shared.

So What Are The Creative Courses And Masters?

From Nitesh Tiwari (director of the highest-grossing Bollywood film in history) to Amish Tripathi (highest selling Indian author of all time) and from Siddharth Roy Kapur (producer of films like DevD, Rang De Basanti, Dangal) to Ritesh Agarwal (Co-founder of OYO, valued at $800 Mn), Grades Don’t Matter have them all to make you learn from the best of the field.

Based out of Bengaluru, Varun Agarwal has started a small team with six people in the content department and two others in tech. The team has worked for three months to create content which is appealing for the user and has also sought consultations with an ADHD specialist who has helped them create videos which users with limited attention span can watch.

The understanding of limited attention span of youngsters today has worked out well for Varun Agarwal, as the team has recorded more than 5K installations on Play Store and a 4+ rating on App Store. The company claims to have recorded 75% completion rate, compared to 10-15% average completion rate on other education platforms.

Agarwal shared that a few of the steps they have taken to avoid people falling asleep during the modules are:

Taking the challenge to keep people hooked, the team is working on making 30 minutes module for understanding Microsoft Excel.

On the challenges with parents having misconceptions about creative courses, Agarwal shared that people believe that these courses are very easy and you just have to sit and be rich. But being a producer, or anything for the matter, is not just about sitting.  You have to have the skills and parents can see that these careers are also actual work and not just the glam that is portrayed.

And if you are wondering about the cost of each course, it is $1.51 (INR 99) for any course you want to try and learn. Also, the team is working on a test module to provide internships with the masters to those who pass the test after the completion of the module.

While India has been witnessing a growing number of alternate mediums of learning, especially video-based, the idea has been used by major edtech platforms like BYJU, iNurture, Udacity etc. These startups provide nano-degree programmes in various recognised fields to add to a person’s skillset.

With the growing smartphone penetration and far-reaching availability of the Internet, people of various ages have been exploring video-based learning to equip themselves with the latest skill sets. However, there have been very few startups like Qriyo in India which have been providing access to co-curricular or hobby-based learnings. On the global scale, we have platforms like Creativelive, Lynda etc, which provide know-how of various interest-based activities.

With Grades Don’t Matter, Varun Agarwal has touched a largely unexplored market segment in India, which is a promising start for the platform. As Grades Don’t Matter brings more offbeat segments, which provide a chance to explore professions from those successful in the respective fields, the idea is to achieve beyond the formal education system in the country.

Even if a person doesn’t choose to make these offbeat ventures his/her profession but follow them just as a passion, at the end of the day, they have learnt the basics of something new, interesting and exciting which can always be pursued as a hobby or part-time skill growth.

According to a report on ‘Promoting the Creative Economy: India’s $100 Bn Imperative’, creative economy has the potential to be a $100 Bn industry within the decade and narrow India’s skill gap, by adding 3 Mn new jobs by 2030.

Another report titled ‘Media & Entertainment: The Nucleus of India’s Creative Economy’ by CII-BCG, the media and entertainment (M&E) industry will generate 700K-800K jobs by 2022 to take the total number of those directly employed to 1.8 Mn-2 Mn. The report added that the industry offers a total of 3.5 Mn-4 Mn jobs, including direct, indirect and induced employment, and this number is expected to reach up to 6.5 Mn by 2022.

In the huge untapped market, how Varun Agarwal and his team make education a fun and an offbeat venture, is definitely an interesting watch.