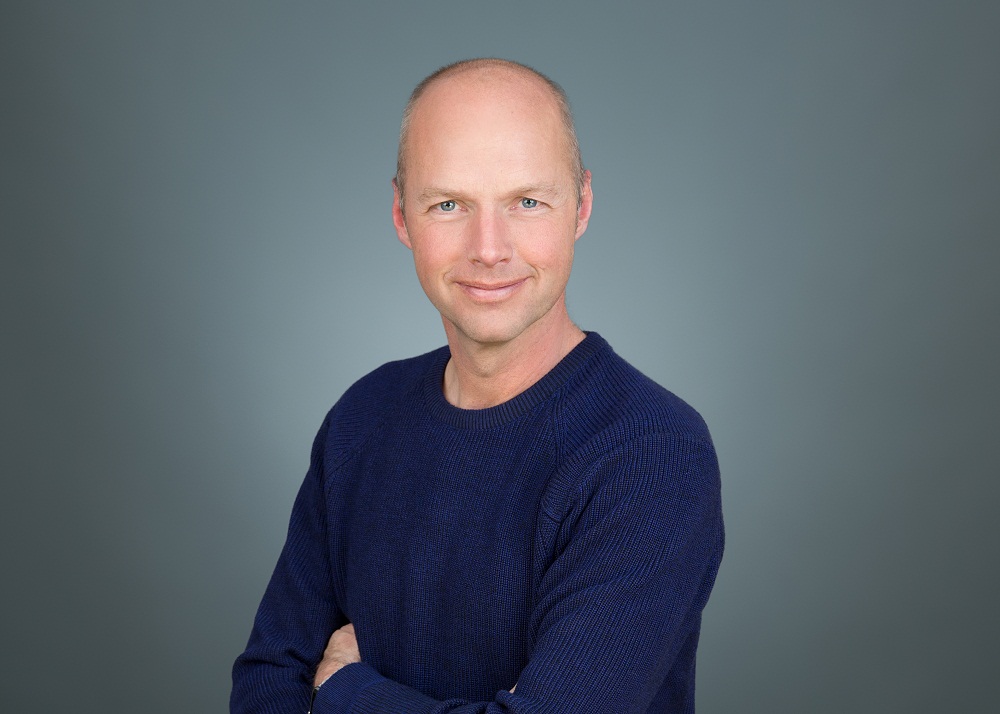 In 2012, Sebastain Thrun, one of the inventors of the self-driving car, decided to put up the AI course that he was teaching at Stanford university online, for free. That over 160,000 students applied for the course, is hardly a surprise. But what baffled him was that when all the students were graded, surprisingly the 413th person was a Stanford student.

412 people who were better at the course than the kids in his Stanford class were non-Stanford students. 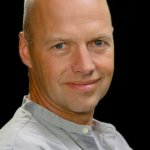 This startling revelation was the impetus for Sebastian to start Udacity in 2012 as a massive open online course (MOOC) where people could watch videos to get educated. But he later realised, when people are watching videos the learning is very passive. It’s almost like reading a book – there’s no teacher or mentor or peer reviews, so graduation and completion rates for such courses are very low.

Thus in 2014, Udacity tweaked its offerings and started developing Nanodegrees – a credential that’s short, compact, very specific to a job, and gives one the skills to get that particular job.

The first such Nanodegree was rolled out in June 2014, in partnership with AT&T to teach programming skills needed to qualify for an entry-level IT position at AT&T. Thus started Udacity’s mission to build technology classes that are designed to advance lifelong learning in partnership with industry leaders such as AT&T, Google, Facebook, Salesforce.com and Cloudera.

Udacity’s curriculum focus is clear – it won’t go outside of anything that is tech. So courses range in that sphere alone be it in Android Development, iOS Development, front end web developer, or predictive analytics which is relevant for anyone in banking or finance or consulting firms. Students are expected to finish these courses in a matter of three to six months.

To ensure that participants learn by doing, students are required to regularly upload assignments on what they have learnt, on the basis of which they are then graded. The company almost has an Uber-like model where a student’s assignment gets picked up by any of the registered project graders all over the world 24/7. The grader, in turn, will give back feedback on the assignment in as little as two hours compared to the week or ten days it normally takes in college.

Additionally, students get to rate their reviewers just like you would rate a driver on Uber. The quick turnaround time ensures that Udacity is able to give its students almost immediate feedback on what they have been doing in the class. 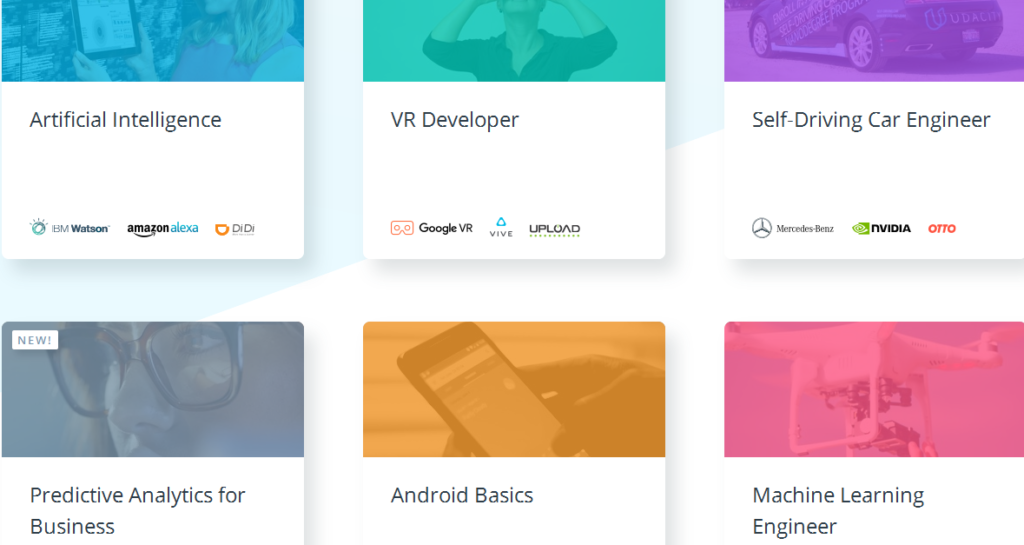 On the other hand, reviewers are selected based on their abilities – so an Android grader has to understand Android development and might not be the best person to grade machine learning. Reviewers get paid well- in fact as per Shernaz Daver, Chief Marketing Officer at Udacity, graders can make as much as $28K in a month. They get paid by the hour and they can pick as many projects as they want. If they are not doing well, the company will talk to them. And that’s where the rating system comes handy.

Interestingly, on pretty much all of Udacity’s Nanodegrees, students get a 50% refund of their tuition fees on completion. On some of them, the clause is that if one does not get a job within six months of completing the Nanodegree, Udacity will refund 100% tuition fees. 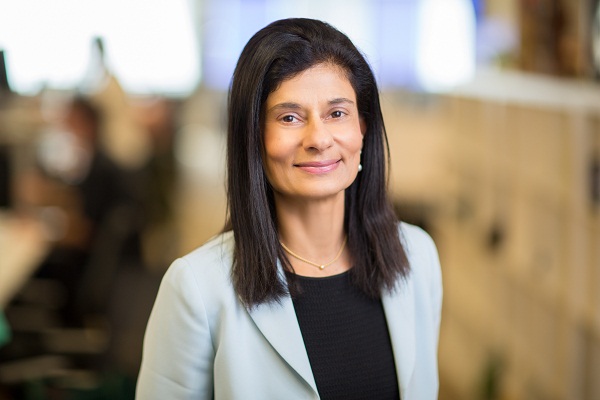 Last month, it also rolled out the self-driving Nanodegree which follows a different format as in it has no job guarantee or 50% refund on completion. Shernaz explains the rationale, “The reason why it was structured like this was because self-driving engineers are much in demand and so Udacity has signed on with hiring partners. In fact, for the beginner’s class which started on 27 October, the number two country after the US, from where Udacity got maximum subscriptions is India.”

Udacity is clear on the fact that it is not aiming to replace traditional colleges. It, however, is targeting those who have graduated and joined the workforce and want to upscale or get a new job.

They tend to be older, and have a job but then they realise that they are either stagnating or they want to get a new job. So, they want to learn new technology skills and that’s when they come to Udacity. Of course, by that time, they have a life, family, co-curricular activities, so going to a college again doesn’t make much sense. Hence, Udacity’s courses which they can study for  in their own time and finish in three months or six months, make perfect sense.

In fact AT&T, one of its partners, uses Udacity courses to upscale its workforce. Hence, the premise of the company is twofold – it promises students that it will give them the latest skills that one can acquire in Silicon Valley, train them to get a job or change one’s career.

And to deliver on that promise, it actually partners with Silicon Valley companies to build the Nanodegrees. So, for instance, the Android Development degree which is very popular in India has been developed in partnership with Google.

Along with paid Nanodegrees, the startup also offers its course content for free. Overall, total course enrolments stand at 6 Mn with 4 Mn students worldwide. For the Nanodegree programme, it has 13,000 paying students, with about 3,000 students having graduated since the programme was launched. Nearly, 400 students have landed jobs through the Nanodegree experience.

It goes without saying that the US constitutes the bulk of Udacity’s market. Adds Shernaz, “We have noticed that our markets tend to follow LinkedIn. So India, China, Brazil, and Europe which are large markets for LinkedIn are also large markets for us. More so, since our big partner Google is investing a lot in India, it has become an important market for us.”

The courses have been priced differently in US and India. Most Nanodegrees, which do not promise a job or money back, start at $199 per month. So, for instance, if one does an Android Development course for 6 months (which is the maximum duration for it), it would cost $2,400 but 50% of the fees would be refunded back on completion. Similarly, if one decides to a Nanodegree plus programme (offered in 5 degrees) which is $299 a month, Udacity either guarantees a job after 6 months or refunds the money back.

On why students shell out this kind of money for these courses, Shernaz explains the cost-value differential: “In US, the starting salary for an Android developer is $82K. So the cost differential makes sense for a lot of people to take this course.”

While Shernaz did not disclose actual revenues, she did state that numbers have been growing steadily month over month. For now, Udacity seems not to worry about numbers given the fact that last November, it raised a $105 Mn Series D round at a staggering valuation of $1 Bn from international media, services and education company Bertelsmann with Scotland’s Baillie Gifford, Emerson Collective and Google Ventures joining as new investors. Existing investors Andreessen Horowitz, Charles River Ventures, and Drive Capital also participated in the round.

“We Are Serious About India”

For Udacity, India represents a big market given the fact it churns out millions of technical graduates every year, who sadly opine employers are not ready to jump straight into jobs. It is this mismatch that it aims to fulfil.

Adds Shernaz, “ If we list the top engineering schools worldwide, IIT, which is a premier engineering institute in India,  does not even figure in the top 50. And a large part of it is that relevant skills are not taught to the graduates. So, we believe we are coming at a time when people are more open to alternatives and are not willing to spend all those years in college getting another degree, particularly, if they are older. Also, the Internet is easily allowing people to get access to relevant information quickly.”

It is with this intention in mind that Udacity decided to put its feet on the ground in India,China, and Brazil as well and opened up a marketing office in Bengaluru. Shernaz states, “We are serious about India. We would like to partner with people who will employ our graduates and help us develop the curriculum.”

And that’s how the alliance with Flipkart happened. In January this year, Flipkart partnered with Udacity, to hire graduates for its mobile development team based on its Nanodegree projects and Udacity profiles without even interviewing them.

Currently a ten-member team in India, Udacity’s plan is to partner with more such companies in India who will hire our graduates.

Shernaz believes that education in the world is ripe for disruption right now. However, Udacity is not alone in the fray to democratise education. India-based Unacademy, US-based non-profit educational organisation Khan Academy, and Coursera are some of the other edtech players in this segment. Shernaz herself has worked with rival Khan Academy. Udacity believes its biggest differentiating factor is that it the only company that will impart Silicon Valley skills to get its users a job.

Adds Shernaz, “We are the only company partnering with Silicon Valley companies. No one else is partnering with Mercedes-Benz to tell you what’s the latest technical skill required in a self-driving car engineer. So, we are getting the best companies to give us content and potentially look at our graduates to hire them. We don’t care how many courses are out there because, at Udacity, you are actually paying to learn to get a real job.”

Globally, the education market is valued at $1.3 Tn with  edtech products market valued at $40 Bn. India is poised to be the third-largest online market for education, with a plethora of web- and mobile-based courses and tools available in the currently. Also, India is home to 19% of the world’s youth. Hence, the potential for edtech startups remains huge.

While Udacity is a league ahead of others as it aims to impart real-world skills to enable people to secure the jobs they desire, like other MOOCs, the challenge of low course completion rates and monetisation still has to be answered. How Udacity is successful in enticing students to pay for its Nanodegrees will determine the eventual success of its business model.