US To Probe India’s Digital Tax On Tech Giants

US To Probe India’s Digital Tax On Tech Giants

US said that the current digital tax is unilateral, discriminatory and burdensome to its economy

Previously, the US had raised concerns about 6% equalisation levy imposed on American tech companies 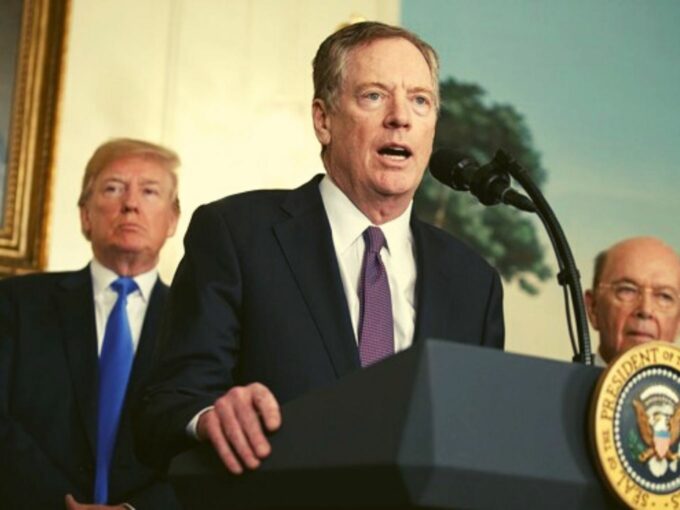 The US has decided to launch a probe into the 2% digital services taxes (DST) which India had levied on non-resident companies in March 2020, including online sales of goods and services to Indians.

US Trade Representative (USTR) Robert Lighthizer, on Tuesday (June 2), said that President Donald Trump is concerned that many of their trading partners are adopting tax schemes designed to unfairly target American companies. Further, he said that they will take appropriate action to defend their businesses against any such discrimination.

Moreover, the US also highlighted that the current digital tax structure goes against the internationally accepted principles as it is unilateral, discriminatory and burdensome to its economy and proposed to develop transactions based on a multilateral basis to prevent double taxation.

Besides India, other countries against whom the investigations might have been initiated include Austria, Brazil, Indonesia, Italy, the Czech Republic, the European Union, Turkey and the UK.

Prior to this decision, the US had cautioned the Indian government against the implication of digital tax, which is also known as Google Tax, or equalisation levy imposed on tech giants. It has been in place in India since 2016. Accordingly, any entity that makes worth over INR 1 Lakh to any individual outside India for B2B transactions should pay a 6% tax as an equalisation levy.

This is applicable to companies which do not have a permanent establishment in India. In April 2020, however, India has also expanded the equalisation levy on all overseas ecommerce transactions originating from India.

In addition to this, US authorities have also shared its concern about certain provisions of the ecommerce policy as it favours domestic companies over foreign entities, where it talks about data localisation requirements, restriction of cross-border data-flow, proprietary source code among others.

Chinese Capital May Be Replaceable, But Not Their Expertise, Says SoftBank’s Raj...