UPI Records 1 Bn Transactions In First Half Of October, Could Breach 2 Bn Mark

UPI Records 1 Bn Transactions In First Half Of October, Could Breach 2 Bn Mark

In the first 15 days of October 2020, there have been a record 1 Bn transactions

With festive season sales kicking off for major ecommerce players in India, UPI could achieve the elusive feat of 2 Bn monthly transactions in October 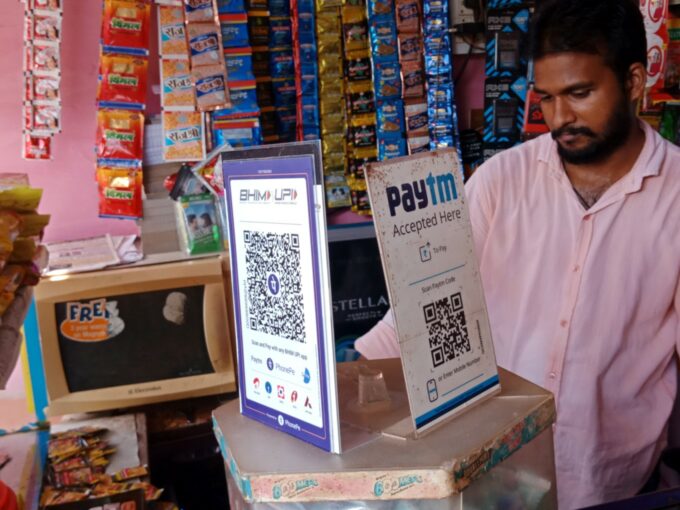 The Indian government-sanctioned digital payments system Unified Payments Interface is continuing its steady incline in terms of the monthly number of transactions and may reach a new landmark this month.

In the first 15 days of October 2020, there have been a record 1 Bn transactions, according to data from the Reserve Bank of India (RBI). To put things in perspective, there were 1.8 Bn UPI transactions last month.

Having recorded 1 Bn transactions in the first 15 days of this month and with festive season sales kicking off for major ecommerce players in India, UPI could achieve the elusive feat of 2 Bn monthly transactions in October, something it has never achieved since the payments system came into existence in 2016.

The UPI monthly transaction volume had dipped below the 1 Bn mark in April this year, but since then, has witnessed a significant upswing as people turn to digital payments amid the Covid-19 pandemic when lockdown and physical distancing protocols are in wide acceptance. Last month’s total volume of transactions of 1.8 Bn through the UPI system was a 10.3% hike compared to August when UPI had recorded 1.61 Bn transactions.

This month, the National Payments Corporation of India (NPCI) which developed and operates the UPI system, is recording a daily average volume of 6,75,00,000 UPI transactions. At the current average, NPCI is well on course to breach the 2 Bn transactions per month barrier.

Earlier this month, the RBI said that digital payments have grown at a compounded annual growth rate (CAGR) of 55% over the past five years, between financial year (FY) 2015-16 and FY 2019-20.

In February this year, RBI governor Shaktikanta Das said that digital payments account for around 97% of daily payment system transactions in terms of volume.

Data from app analytics firm Sensor Tower for September 2020 revealed that Google Pay was the most downloaded digital payments app in the world with over 12 Mn downloads, of which, 80% or around 9.6 Mn came from India. PhonePe recorded 6.9 Mn downloads in the month while Paytm recorded 3.9 Mn downloads.