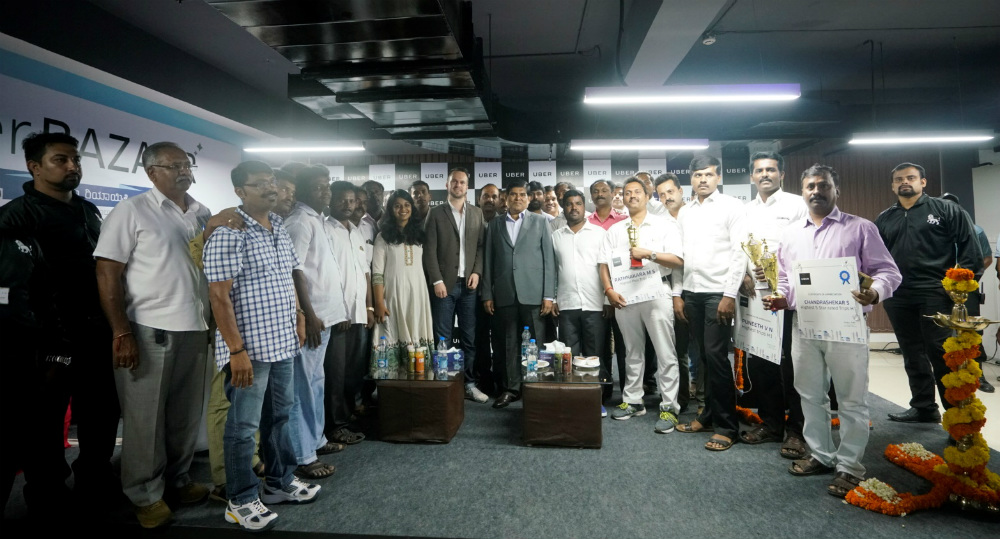 One of the leading cab aggregator platforms, Uber India, today, launched 15,000sqft Uber India support centre at WTR, Bengaluru, the city where it first started with its operations in India. Inaugurated by Dr. B. Basavaraju, Principal Secretary of Transport, Government of Karnataka, the facility is aimed to provide one stop solution to the company’s driver-partners in Bengaluru. In last few days, the company has announced a series of launches which includes UPI integration, Share Your Trip for drivers, UberSafe campaign, and a new ride option in Mumbai called Premier.

On the occasion, Christian Freese, GM, Uber-South India made two big announcements: a) Uber Support Centre or Greenlight Centre to meet the needs of driver-partners, and b) A ride-sharing Insurance programme. “Through the greenlight centre, we are offering in-person assistance to more than 4,000 driver-partners a week. We are continuing to invest in our in-person locations and have launched three other facilities at the Devanhalli, Yeshwantpur and HBR in Bengaluru. These strategic locations will help driver-partners get the most out of their time on the road,” stated Christian.

The new support centre will have a team of Uber experts to help new drivers get signed up and address all the queries pertaining to driver-partners. The centre has UberBazaar facility to offer drivers benefits on new vehicles, vehicle maintenance, health benefits, financial planning and other related services. It also has a training centre to help drivers learn about the Uber app, and enhance their soft skills.

While another cab aggregator company, Ola, in partnership with Apollo Hospitals, has already provided its driver-partners emergency medical assistance, Uber India too has now joined hands with ICICI Lombard General Insurance to provide its driver-partners free coverage for accidental death and disablement, hospitalisation, outpatient medical treatment in case of an accident. The upper cap on the sum insured is up to $7822 i.e. INR500K. Welcoming the move, Dr. Basavaraju said, “Initially, I hesitated to attend the event, as there are cases running in the high court pertaining to cab aggregators. However, these initiatives will certainly boost the morale of the drivers, help them drive more confidently.” Basavaraju also requested everyone including Uber India to join hands in government’s road safety initiatives.

At present, Uber India has around 4.5 lakhs driver-partners, working across the 29 cities in the country, and post China exit, Uber is clearly trying hard to drive the Indian cab aggregation space by staying in race. Besides launching the Uber India Support Centre, the company has also collaborated with startups like Pit Stop for subsidized car services, Clinikk for healthcare services, Cover Fox for car insurance, Fixmygadget for mobile phone services and Cab Dost for tax advisory. The company has also partnered with OEMs like Hundai, Tata, Maruti, Toyota for special discounts on new cars.