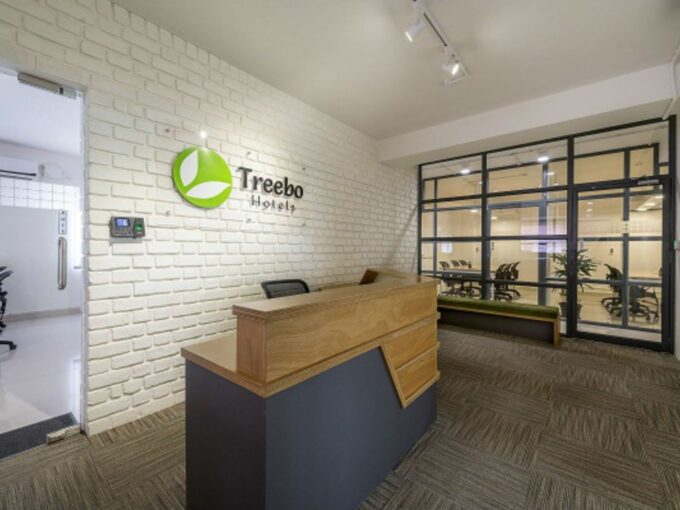 Bengaluru-based budget hotel chain Treebo Hotels has raised INR 118 Cr ($16 Mn) in a fresh series D funding round which will provide the startup with much needed cash infusion as the travel and hospitality industry slowly recovers from the impact of a global pandemic.

The investment by Accor is part of its broader partnership with Treebo under which the latter will deploy its cloud-based, comprehensive hotel management software, called ‘Hotel Superhero’, at various Accor hotels worldwide. The software is already operational at select Accor properties and will be rolled out to several others over the next few months.

In July last year, Treebo had re-launched its SaaS business, Hotel Superhero, with a renewed focus on serving organised hotel chains, in addition to independent hotels. The company offers comprehensive hotel management software including modules like property management, point of sale, rates and inventory management, housekeeping, guest assist, among others. The company had recently named its SVP of engineering, Mayank Khandelwal as the cofounder of this business unit.

Commenting on the new fundraise, Sidharth Gupta, cofounder, Treebo said that the startup will use the funding to expand its SaaS solution Hotel Superhero, and expanding its presence in green shoots markets such as Goa, Udaipur, Coorg, Chikmagalur, Shimla, Manali and other leisure markets where travel is seeing some recovery.

“Leisure markets will in all likelihood lead recovery for us as well as for the industry at large and therefore over the next 6 to 12 months, our intention will be to deepen our penetration in these markets,” Gupta added during a press conference on June 30.

Treebo used to have monthly booking revenues of INR 30 to 35 Cr prior to the pandemic. And around 20-25% of the bookings were from business travellers, which is now a very small faction, Gupta said.

The fresh funding also increases Treebo’s runway significantly and Treebo hopes to break even and achieve profitability in its hotels business within the next 10 to 12 months.

“As far as the runway is concerned, I think that should be enough money for us to break even and achieve profitability on the hotels business, of course, under the assumption that we are now nearing the end of the pandemic. But these estimates may not be achievable if there could be massive third or fourth waves of covid-19 infection,” Gupta added.

Existing investors Matrix Partners and Elevation Capital are currently the largest investors in Treebo. The third-largest shareholder in Treebo is Bertelsmann India Investments, which had picked up a stake in the startup in the Series C round in 2017, according to Gupta. The rest of the investors own a single-digit share in Treebo, he added.

“We are delighted to partner with the talented team of Treebo. Their software solution, Hotel Superhero, is exactly the kind of technology that the hospitality industry needs today. It is cloud based, intuitively designed, and comprehensive in its functionalities. We are looking forward to using their solutions to improve guest experience and operational efficiency,” Floor Bleeker, Chief Technology Officer, Accor said in a statement on June 30.

Commenting on the investment by BCCL’s  Sidharth Gupta said Treebo’s partnership with BCCL will help it invest aggressively in brand building and capture a fair share of the post-pandemic demand for hotels.

“Treebo’s media properties, across formats, have the largest audience base and can provide a solid platform for us to strengthen our brand awareness and recall,” BCCL’s Gupta added.

Treebo Hotels was founded in 2015 by Gupta, Rahul Chaudhary and Kadam Jeet Jain. Chaudhary recently stepped down from the company to pursue other ideas. He however continues as a board member in the company.

As per the last available metrics Treebo has a network of more than 500 hotels across 100 cities working under its brand. The company is a close competitor to Ritesh Agarwal-led OYO Rooms and Accel-backed Fab Hotels.

The travel and hospitality industry has been hit severely due to the Covid-19 pandemic and the resultant travel restrictions. Inc42 had previously reported that Treebo launched Paid Voluntary Resignation Scheme (PVRS), under which employees can resign, get the notice period waived off and get one month pay. The scheme would allow employees to get their due salary, and a group of senior leaders will help employees land new jobs.

The founding team explained that the vast majority of its businesses are on stop-sell, all demand channels have dried up, revenue has nearly disappeared and cash reserves are running low. The voluntary resignation move may impact 396 of over 500 employees of Treebo.

Meanwhile, Treebo’s rival OYO had to resort to furloughs, 25% salary deductions and layoffs across all 80 countries it was operating in. OYO’s founder Agarwal had come on record to confirm OYO’s occupancy rate and revenues have dropped by more than 50 to 60% and the company’s balance sheet has come under severe stress.