Treebo Cofounder Rahul Chaudhary Steps Down; Will Pursue Other Ideas

Treebo Cofounder Rahul Chaudhary Steps Down; Will Pursue Other Ideas

Chaudhary has taken up an advisory role, and will be taking time off before exploring other ideas 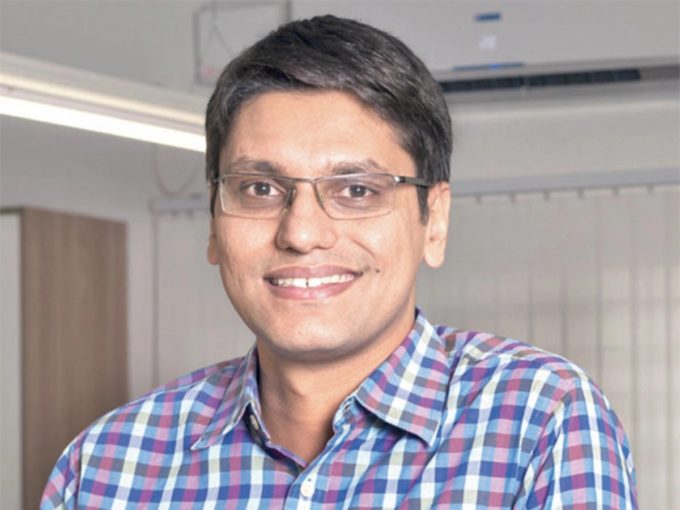 Hospitality startup Treebo cofounder Rahul Chaudhary has stepped down from his role and has taken up an advisory role, and will be taking time off before exploring other ideas. He will also continue as a board member at Treebo for the time being.

Chaudhary made the announcement in a series of tweets on June 24. “The time has come for me to don a different hat at @TreeboHotels. After 6 wonderful years, I will be moving on from my current role and take on a different avatar, that of an advisor and a board member,” he said. 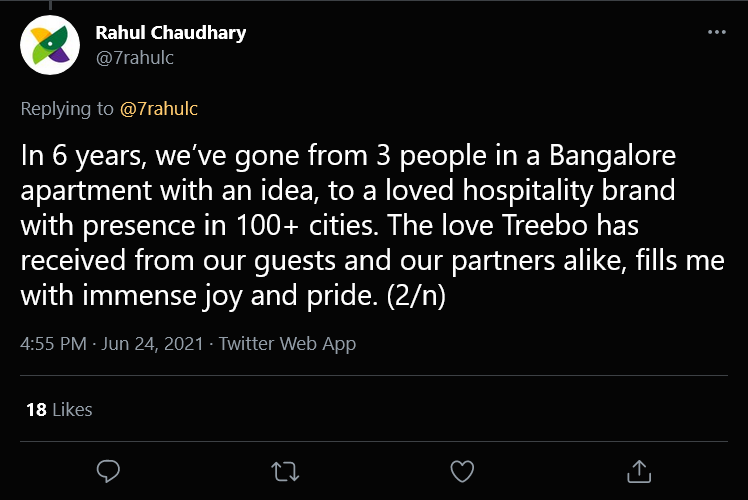 He recounted the journey of Treebo from three people in an apartment to a hospitality chain with presence in over 100 cities, but added that there’s a lot more that will be achieved in the future. “It’s still Day 1 for Treebo. There remains the need for a hotel brand that democratises travel and stands for quality and reliability. The pandemic has only accentuated it further. I’m excited about this opportunity in front of us,” Chaudhary added 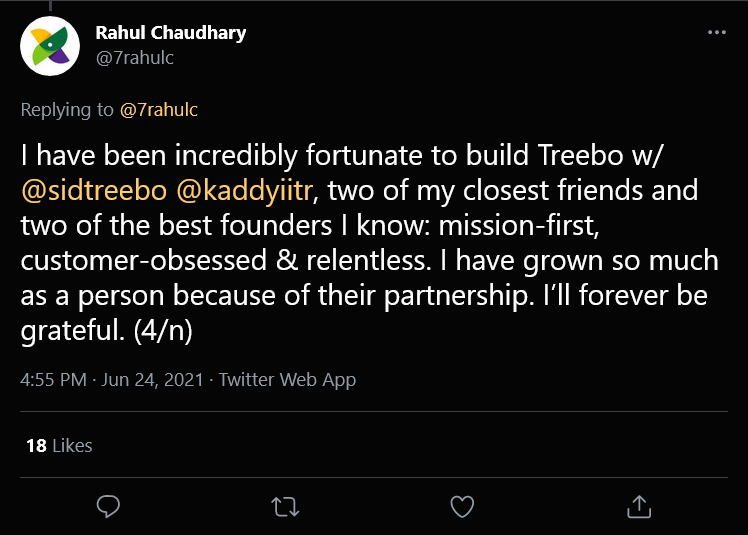 Founded in 2015 by Sidharth Gupta, Kadam Jeet Jain and Rahul Chaudhary, the chain claims to have 500 hotels and over 10K rooms and is a close competitor to OYO in some markets as well as FabHotels and other budget hotel chains.

Besides showing his gratitude to the cofounders and Treebo team members, Chaudhary also mentioned Matrix, Elevation, Bertelsmann, Ward Ferry, Karst Peak, Innoven, and Brand Capital, the companies that have invested in Treebo. “We’ve seen many storms together, yet your conviction has never wavered. Thanks for being wonderful partners.”

Chaudhary added that he had mulled over the decision to move away from Treebo for some time and that he will be taking a break before pursuing some of the ideas and “missions” he has in mind. Before starting Treebo, Chaudhary, an IIT Rourkee and IIM Ahmedabad graduate, was the VP for strategy at Myntra briefly, after a long stint at McKinsey.

Chaudhary’s exit from Treebo comes after a tough year for the company. The Bengaluru-based budget hotel chain asked some of its employees to take voluntary resignations in cost-cutting efforts amid the pandemic in 2020. It launched Paid Voluntary Resignation Scheme (PVRS), under which employees could resign, get the notice period waived off and get one month pay.

Treebo founders explained that the majority of its business were on stop-sell, all demand channels had dried up, revenue had fallen to zero. With cash reserves running low, it had to let go of employees. At the time, the three cofounders took a 60% salary cut and the senior management took 40% salary cuts for at least three months, though it is unclear if those salaries were restored.

Backed by some of India’s biggest investors — Matrix Partners, Elevation Capital, Bertelsmann India among others — Treebo had raised $57.6 Mn till June 2020, when it raised a $6 Mn bridge round.