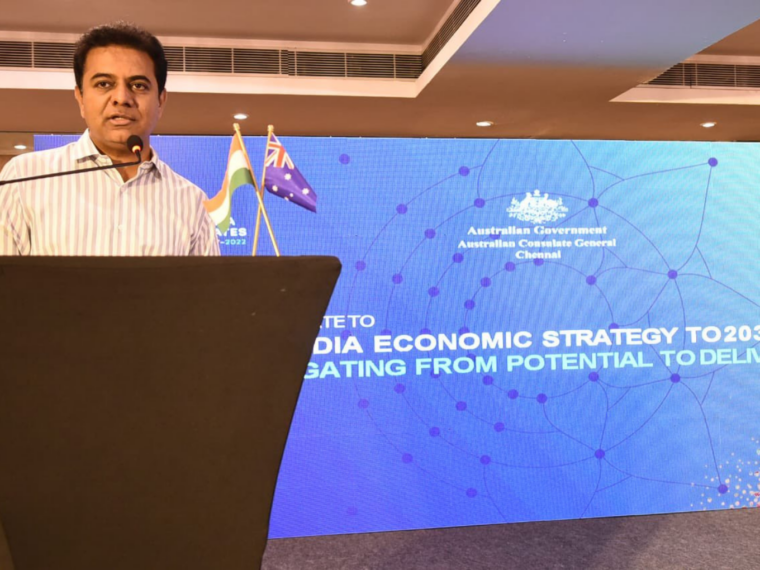 In a bid to support Telegana’s startup ecosystem, the state government will launch the second phase of T-Hub (T-Hub Phase II) on June 28

The first phase of T-Hub (T-Hub phase I), which was founded in 2015, is based at IIT Hyderabad

T-Hub phase I has incubated about 1100 startups and raised an aggregate of INR 1,860 Cr from cohort startups as well as 100 programmes that it offered

In a bid to support Telegana’s startup ecosystem, the state government will launch the second phase of T-Hub (T-Hub Phase II) on June 28.

Addressing an event, IT and Industries Minister K.T.Rama Rao said, “The state government is launching on June 28 the world’s largest incubator T-Hub phase II… about 370,000 sq ft of physical space.”

Telangana’s government has infused over INR 300 Cr on the second phase of T-Hub, which will be based in Raidurg.

The first phase of T-Hub (T-Hub phase I), which was founded in 2015, is based at IIT Hyderabad. Over the years, the incubator has launched various initiatives to support startups and formed partnerships with homegrown companies and international firms.

T-Hub phase I has incubated about 1100 startups and raised an aggregate of INR 1,860 Cr from cohort startups as well as 100 programmes that it offered.

T-Hub phase I is spread across 70K sq feet and has been home to over 300 startups to date. Out of the 300 incubated startups, 52 startups have raised funds while 36 startups have registered for patents and trademarks, as per its website.

Rao said, “The Indian startups are now facing many challenges… the Black Swan Moment that Covid created, witnessed an unprecedented response. The monetary and fiscal policy response that followed allowed startups to grow and thrive. We have reached a saturation point this time and thus things seem bleak.”

To counter these challenges, Rao suggested that Indian startups should follow the simple strategy of Reflect, Reassess and Restart (RRR).

A few days ago, T-Hub also partnered with the US-based tech accelerator FalconX under a global startup immersion program. The program will help Indian startups launch their products in the American market thereby, expanding reach.

In recent times, apart from the Centre, state governments have also been making efforts to shore up the startup ecosystem in their respective regions. India’s startup space, which was earlier predominantly led by private players and investors, is seeing the intervention of state governments through a host of startup policies.

Earlier in May, Delhi government announced the Delhi Startup Policy to ease entrepreneurship in the state. The policy offers provisions such as subsidies on internet and office space rent, assistance in paying off employees’ salaries, collateral-free loans, and free patent registration services, among others.

A task force of 20 people was also created to oversee startups operating in the state. The taskforce would scrutinise these startups and later, get them registered.

During the same month, the Prime Minister launched the Madhya Pradesh Startup Policy along with a startup-focussed VC fund. The policy offers provisions such as concession on stamp duty, financial assistance, program planning, and patent registration, among others.

It would also support women entrepreneurs and formulate programs to instill innovation in school as well as college students.

In April, the Tamil Nadu government stepped up its startup policy to bolster startups working in the state. By ramping up the policy, the state government aims to mint at least 10K startups by 2026.

Add to that, the state government will streamline its existing 80 incubators, connect them with investors and alongside, create a database for startups.