The employees are from Microsoft, Google, TCS, Facebook, Amazon, etc

The letter highlights the barred internet services in India 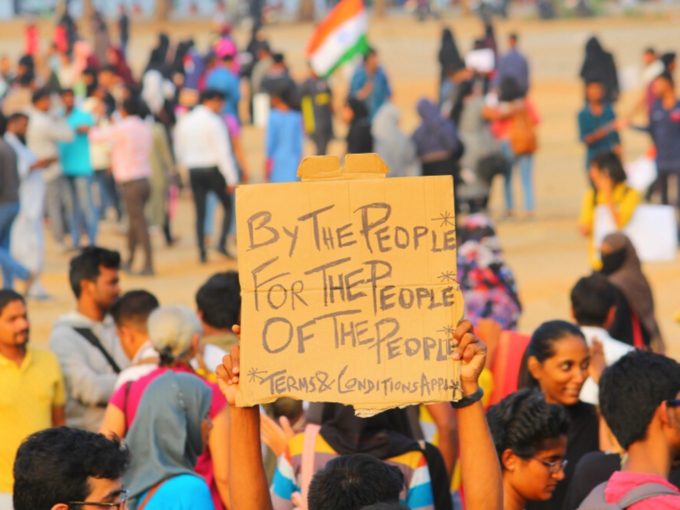 As the protests against Central government’s Citizen Amendment Act (CAA) and the National Register of Citizens (NRC) are gaining global traction, Indian and Indian-origin techies have joined in as well.

“We — engineers, researchers, analysts, and designers — of the technology industry, unflinchingly condemn the fascist Indian government and the brutality it enacts on citizens,” the letter read.

In the letter, the employees of the tech companies condemned the tear gassing, sexual and physical abuse, and “unlawful” arrests that have been happening in the lieu of maintaining law and order in the country.

The employees also highlighted that by suppressing the protests, the government is going against the values and tactics that have been “deeply” instilled in Indian because of the freedom struggle against the British, who had colonised the region for almost 200 years.

The letter also noted that the CAA, combined with the NRC is an anti-Muslim scheme that will lead to greater persecution of the community. They also said that the government is trying to implement these laws only to achieve its dreams of a “Hindu Rashtra”. The letter also raised the Kashmir issue and Assam’s lockdown and unrest.

The tech community also called out the government for being the flagbearer of ‘Digital India’, but at the same time snapping the internet services in Assam, Delhi and other regions, where people are protesting. It also noted that it has been more than five months since the internet is blocked in Kashmir.

The Tech community has also urged technology leaders like Sundar Pichai of Alphabet/Google, Satya Nadella of Microsoft, Mark Zuckerberg of Facebook, Mukesh Ambani of Reliance, Kalyan Krishnamurthy of Flipkart, and Shantanu Narayen of Adobe to stand against the “fascist acts by the Indian government”.

The letter assures that all the signatures are genuine, even though some employees chose to withhold their names. It reads, “In the face of recent retaliation from tech companies against protesting employees, and from the Indian government on family and loved ones, some of us withhold our names, but every signature here is authentic.”

The CAA is a fast track citizenship mechanism that entitles non-Muslim minorities — Hindus, Sikhs, Buddhists, Jains, Parsis and Christians — of the neighbouring countries Pakistan, Bangladesh and Afghanistan to seek Indian citizenship as long as they have been residing in India for six years. The text of the law specifically omits Muslims and those from other religions from getting citizenship through the process, which is one of the major points of contention in the controversial act that has also seen investors question their future in India.