A move similar to the likes of Reliance’s expansion of Jio platforms, Tata Group plans to rope in one or two strategic investors and launch a full-blown fundraising drive

The deal seems to be stuck as similar to Tata, investors too are testing consumer response for the super app called TataNeu It was previously reported that Tata Digital planned to raise $5 Bn in an institutional equity round from Canada Pension Plan Investment Board (CPPIB), Singapore’s Temasek Holdings, SoftBank Group, and Abu Dhabi Investment Authority. Now, according to reports, Tata Group is also in talks with Microsoft Corp to back its digital arm as an anchor investor.

An ecommerce business is capital intensive, and Tata’s super app ambition represents the salt-to-steel conglomerate’s way of joining 21st-century digital businesses. Thus, the conglomerate is keen to rope in one or two strategic investors and launch a full-blown fundraising drive, the report quoted sources. The deal is stuck due to investors not having proof of concept for TataNeu — the super app.

Tata Digital, the digital arm of Tata Sons, was set up in 2019 to foray into new business avenues while serving Indian customers directly. The subsidiary, built on acquisitions of new-age business ventures, is at the helm of Tata’s super app called TataNeu — which is currently available for testing among Tata Group employees. (Take a quick sneak-peek of how the app would look like!)

Tata Digital has acquired companies including Grameen eStore, Urja, AccessBell, 1mg, BigBasket and CureFit. It has invested millions of dollars, made changes to its leadership with an aim to build a startup-like ecosystem — a fast-moving culture with young talent.

Popularised by Chinese platform Alibaba, many startups and tech conglomerates are gearing the competition. In India, Amazon, Flipkart and Reliance are in the lead of the Super App race. Reliance Digital, a Meta- and Google-backed platform, is TataNeu’s toughest competitor — it has acquired Netmeds, and Urban Ladder to strengthen its digital ecosystem and the company’s latest acquisition was JustDial, a 25 year-year-old Internet search and discovery platform.

Paytm has also announced its entry into the segment with its product WealthBasket on the Paytm Money app. In addition, Adani’s Adani Digital Labs also has an application underway to compete with Reliance Jio’s super app.

Tata’s fundraising plans seem to be inspired by oil-to-chemical conglomerate Reliance’s. Not long ago, Reliance Group began on its journey to build a super app through its startup called Jio. The company raised funds to the tune of $15.2 Bn from tech giants such as Google, Facebook, Microsoft, PE funds and even Abu Dhabi Investment Authority (a potential investor in Tata Digital), which turned the company net debt-free. 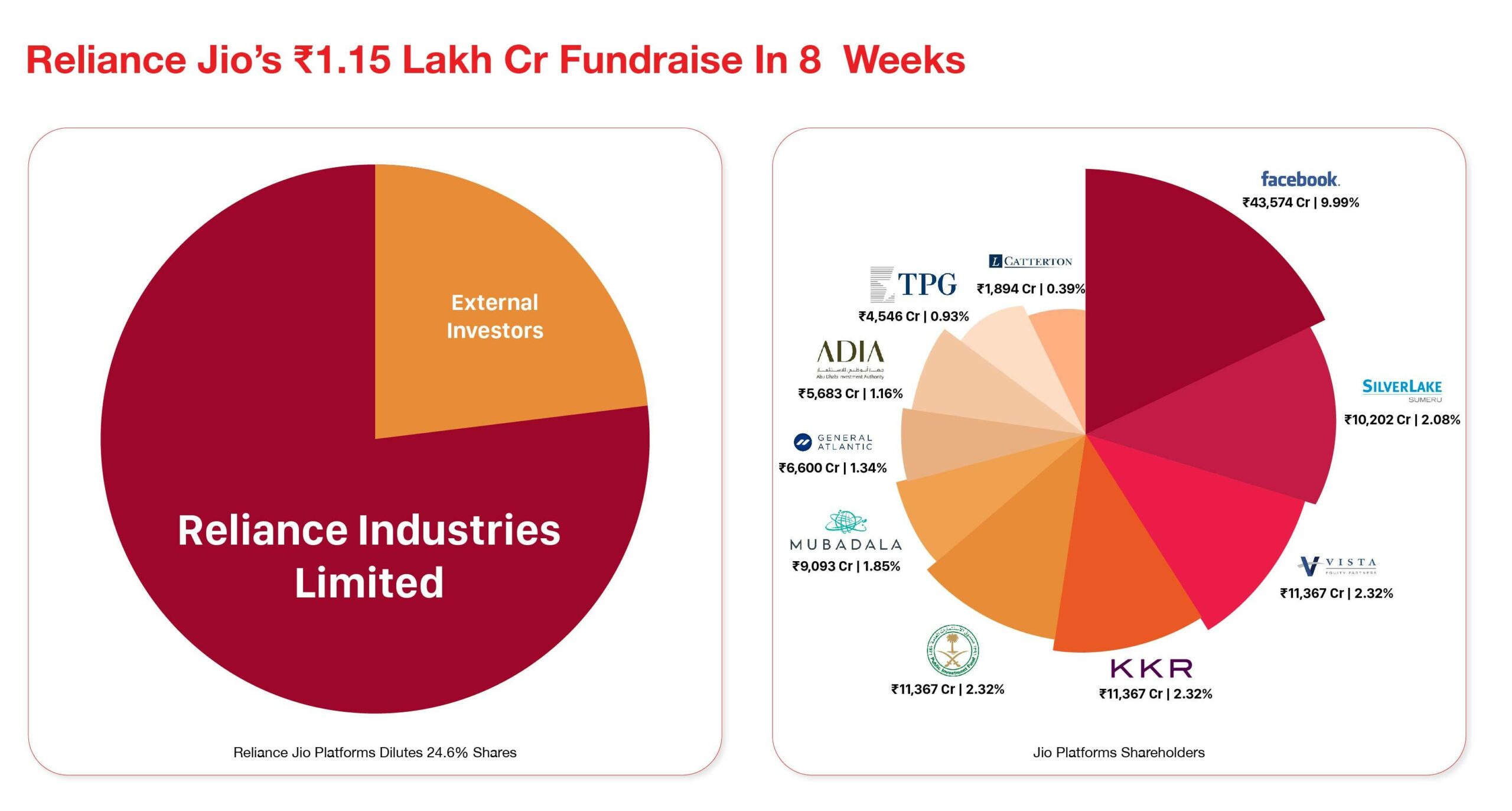 The funds have fueled Reliance’s phygital (physical + digital) commerce venture, Reliance Retail, to harness the existing retail community, Jio connectivity customers and hyperlocal commerce with small merchants all over India — a bid similar to that of Tata Digital.