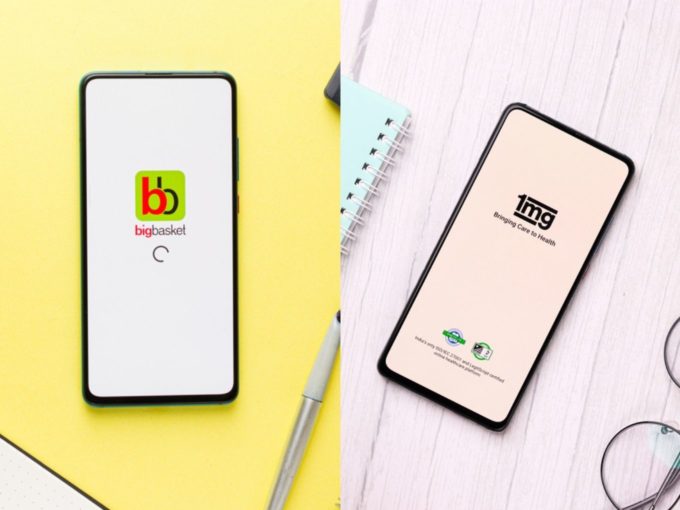 Tata is expected to buy out Alibaba’s 30% stake in BigBasket, making the Chinese firms’ exit from one of the key investments in India. The China-based ecommerce platform has also invested in digital payments giant Paytm and ecommerce giant Snapdeal.

The company is now looking to raise $200 Mn – $300 Mn from both new and existing investors at a valuation of $1.5 Bn to $2 Bn, CEO Hari Menon has confirmed. The company is reportedly in talks to raise that investment from  Singapore-based Temasek, hedge fund Tybourne Capital and former US vice-president Al Gore’s Generation Investment Management. The latest development on stake sale was reported by ToI.

The entry of Tata is all an attempt to overtake the digital empire created by Amazon and Reliance. Tata is looking to launch a SuperApp, which will help the consumers avail a range of services —  food and grocery ordering, fashion and lifestyle, consumer electronics and consumer durables, insurance and financial services,   education, healthcare and bill payments.

Therefore, it is looking at hot segments like online grocery and epharmacy to take a lead. Tata’s investment in 1mg is expected to be a mix of primary and secondary capital infusion, giving partial exit to the startup’s early stake investors. 1mg was on a lookout to raise $100 Mn from several investors, including Gaja Capital, when Tata Group jumped in with their proposal to acquire a significant stake in the company.

1mg has the biggest share in the online medicine segment, but other startups have forged strategic partnerships to take on the Gurugram-based company. While Reliance Retail acquired Netmeds, PharmEasy and Medlife decided to do a merger. Even Amazon has entered the segment with its online pharmacy, and Flipkart is on the lookout.

1mg was launched in April 2015 after Healthkart separated its generic drug search business, HealthkartPlus, and rebranded it as 1MG. The company has three business verticals — pharmaceuticals, labs, and doctors. Its founders include — Prashant Tandon, Gaurav Agarwal, and Vikas Chauhan.