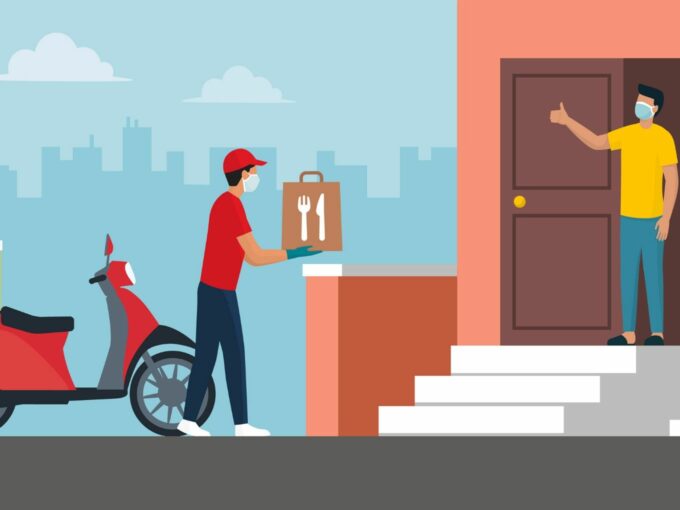 After the government allowed re-opening of non-essential stores during the lockdown, hordes were seen outside liquor shops, with several people flouting social distancing rules. After the initial chaos, the discussions have been rife about online ordering of liquor and home delivery.

States like West Bengal and Chhattisgarh have already allowed home delivery of alcohol through online portals, while several other states are still contemplating the same. As the economy is in a standstill, both state and central governments are facing heavy losses and the sale of alcohol could help them maintain a stream of revenue.

Looking to sweep up on the opportunity, Zomato is now aiming to home deliver alcohol to consolidate its position in the hyperlocal delivery space as revenue from food delivery remains low due to the Covid-19 lockdown. Zomato believes that it can promote the responsible consumption of alcohol by facilitating home delivery. Zomato would target areas that are relatively less affected by Covid-19.

Along the same lines, the Supreme Court has advised the state governments to consider “indirect sales” and “home delivery” of liquor to avoid overcrowding at the recently opened liquor stores. “We will not pass any order but states should consider home delivery or indirect sale of liquor to maintain social distancing,” the bench said.

Beyond this, in the ecommerce world, the Internet And Mobile Association of India (IAMAI) has reached out to the Indian government, seeking a “level playing field” for ecommerce companies in red zones.

This comes after the ministry of home affairs (MHA) allowed brick-and-mortar stores to sell all items, but ecommerce services are still limited to essential items like food, groceries and other items of daily need.

IAMAI believes that the order has put ecommerce companies at a “disadvantaged position”. Therefore, the association has requested the government to resume the delivery of kitchenware essentials, small electrical appliances, summer products like coolers, spare of all machines, certain types of clothing, children’s toys, personal care, and hygiene items.

The list also includes education essentials like books, stationery, and work-from-home essentials like laptops, routers, chargers, mobiles. Meanwhile, the industry body, whose members include Flipkart and Amazon Seller Service, is also seeking permission for delivery of priority products at the periphery of containment zones or housing clusters within larger containment zones.

Further, for hyperlocal deliveries, Tata Consumer Products said that it has partnered with food delivery platforms like Domino’s Pizza and Zomato to strengthen its direct distribution model and ensure a steady supply of its essential products. The partnerships leverage complementary strengths to ensure essential products reach the doorsteps of consumers who need them.

Despite the lockdown ending in parts of the country, social distancing is a key part of fighting the pandemic. YouGov’s data shows that nearly half (48%) think the pandemic is likely to end in India within the next three months (May-end to July-end), which is higher than the number of people hoping for the same to happen globally within this time frame (40%). Around 32% think it may take longer (August-end to October-end) till the crisis is resolved in India.

Fewer than this, both locally (7%) and globally (10%), think the pandemic may last till the end of the year (Nov-end to Dec-end) till it is under control.

Further, India’s contact tracing app Aarogya Setu is in a cloud of controversy. The government is looking to make Aarogya Setu application open-source as unease over data surveillance grows. Many users on Twitter have demanded the government to make Aarogya Setu open-source so that they can get to know the purpose of the application while ethical hackers can help the government to make it more secure. In response, Niti Aayog’s programme director Arnab Kumar has now said that the apex body is committed to open-sourcing Aarogya Setu. Kumar, who was involved in the development of the application, also said that the app was developed in two weeks and was audited by IIT-Madras and one of the largest tech audit firms.

He also revealed that the government is not far away from making Aarogya Setu open-source. “However, a final decision is yet to be taken,” Kumar said.