Wow! Momo is now selling groceries to meet the spur in demand 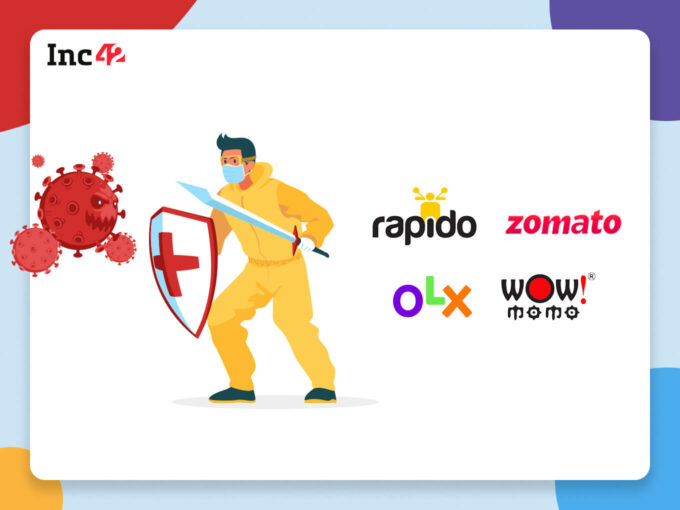 Meanwhile, the government is looking to integrate the Aarogya Setu application with wearable devices and other trackers. For this, the government is planning to place an order of around 1000 such bands to monitor the movement of patients.

Moreover, food delivery major Zomato has mandated for its delivery partners to install the Aarogya Setu. In a series of tweets, Zomato’s founder Deepinder Goyal said that the idea behind this decision is to keep individuals, as well as the authorities, informed in case they have crossed paths with someone who has tested positive for coronavirus. This will prevent the further spread of the pandemic.

Today, we’ve started mandating each of our delivery partners to install and use @SetuAarogya. The idea is to keep individuals as well as the authorities informed in case they have crossed paths with someone who has tested positive for coronavirus – to prevent further spread.[6/n] pic.twitter.com/tTok9LyTBA

Besides Zomato, home service provider Urban Company has made it mandatory for its employees to download the application. Plumbers, carpenters, electricians, and disinfection workers, who are working now, will download the Aarogya Setu application.

In a bid to facilitate the delivery of essential products to the needy, bike-taxi startup Rapido has partnered with Bruhat Bengaluru Mahanagara Palike (BBMP). The orders from medical shops and groceries can be placed by either calling or dropping a WhatsApp message on the helpline number ‘080-61914960’ launched by the Karnataka government.

Rapido has also partnered with the Delhi government for the delivery of milk and food packets in underprivileged areas in East Delhi. The startup claims to be serving around 100 families in a day with the help of its riders in the capital.

Meanwhile, taking cues from other Indian startups, quick service restaurant (QSR) chain Wow! Momo Foods has launched grocery delivery. Wow! Momo Essential Services will help meet the surged demand for groceries. The startup has partnered with ITC, Nestle, and P&G to drive this initiative on a pan-India level. Wow! Momo’s association with Haldiram will manage the delivery in Eastern India. All the deliveries are being done through the Swiggy Grocery platform

Meanwhile, health-focused products maker Gaia has partnered with food delivery startups Swiggy and Zomato to ensure the delivery of its products in several parts of Delhi.

Online classifieds platform OLX has launched a donative drive ‘OLX Pledge’ that commits to providing relief measures to migrant workers. The initiative has been launched in partnership with non-profits such as Bhumi and India Cares. As a part of the initiative, OLX has set up an online platform where, it is appealing to employees, clients and users for contributing towards this pledge. Besides an upfront undisclosed initial contribution, OLX India will also match contributions. The corpus will be used to provide migrant workers with ration kits which will include essential foods like rice, atta, dal, salt, sugar, oil, spices, milk powder and more.

In a big push for ecommerce amid Covid-19 restrictions, global tech giant Google said it is advancing plans to make selling on Google Shopping free of charge for merchants. The move will be in place by April-end in the US and by this year-end in other markets. With this, merchants will be allowed to list their products on Google Shopping platforms and reach customers without paying any fees, except for promoting their store.