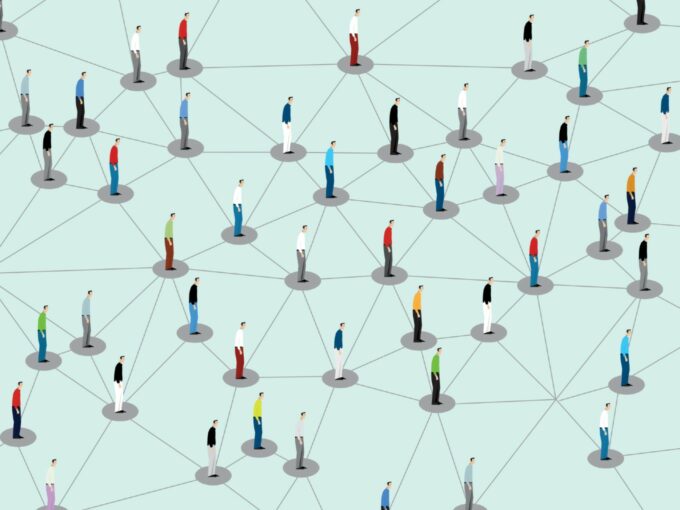 The Indian healthcare system has been kept on its toes by the Covid-19 pandemic. From frontline doctors, nurses and medical support staff to the tech ecosystem, everyone has been rushing in to help the situation. While quarantine, social distancing and self-isolation are the major buzzwords in this fight, another one is contact tracing.

Tech companies, as well as the government, have been trying to digitise the process of contact tracing to track those who came into contact with someone who is infected with the novel coronavirus and are at higher risk of becoming infected themselves. This is even possible in the case of asymptomatic patients. Hence, it is recommended that authorities keep a close watch on these contacts after exposure to provide immediate care and treatment, if needed.

The Indian government launched the Aarogya Setu app to contact trace the potential coronavirus cases. The app launched on April 2 has already been downloaded by over 15 Mn users.  Created in a public-private partnership between the government and other agencies under the guidance of the National Informatics Centre (NIC), Aarogya Setu empowers people with better information on the potential risk of infection, self-assessment tools and contextual advice.

An official closely involved in the development of Aarogya Setu said it was made within 10 days of the idea being floated, The official, who didn’t want to be named, said that the product development roadmap included getting the best talent from design to policy to data scientists to UI/UX designers. It also offers support in up to 11 regional languages and has a 98% conversion rate. The app leverages Bluetooth and GPS-based location tracking to identify the possible positive coronavirus cases around users. It detects other devices with the Aarogya Setu app installed and alerts users based on proximity to the device. It also captures this information to let authorities know about the movement of suspect cases.

If the person is positive for coronavirus, the app calculates the risk of user’s infection based on recency and proximity of their interaction and recommends suitable action. The app also has a self-assessment test, that captures the user’s current vulnerability to Covid-19 infection and provides contextual advice.

The recommendations are made leveraging Bluetooth technology, artificial intelligence algorithms and is based on inputs and best practices suggested by expert medical practitioners and epidemiologists. The government says that the information will be used to reach the user, in case medical intervention is needed.

While the privacy policy on the Aarogya Setu app says that the information won’t be shared with any other third-party partners but only with the government of India, some privacy advocates have raised red flags about how the app works.

The creators of the app claim that the app is privacy-first by design and the personal data collected by the app are encrypted using state-of-the-art technology and remain secure. It further claims that all communication from the app, whether to another device or server, is secure and anonymized, and cannot be brute-forced. The app is also said to be thoroughly and rigorously tested for security vulnerabilities by leading academic and industry experts.

The app states, “Your Data will be shared only with the Government of India. The App does not allow your name and number to be disclosed to the public at large at any time”.

As per the privacy policy, all personal information is stored locally on the device and will be used by the Government of India (via the cloud) “in anonymized, aggregated datasets for the purpose of generating reports, heat maps and other statistical visualisations for the purpose of the management of COVID-19 in the country” or if the user tests positive for COVID-19, or comes in contact with someone who has tested positive.”

It adds that personal information may be shared with other people for necessary medical and administrative interventions.

However, for a country like India where the personal data protection bill is still under review, access to citizen’s data even for public safety has several implications. And Indians aren’t the only ones sceptical about government’s access to user data because of contact tracing apps.

Firstly, South Korea used new-age technologies for contact tracing to deal with the pandemic. The government compiled GPS data, credit card swipes, and other information into a public log showing where patients had travelled.

In countries like the US, efforts are on to try methods such as smartphone location data and developing Bluetooth systems that provide warnings if you’ve crossed paths with an infected person.

However, the concern even in these places remains access to user data by the government. Unperturbed by this, the government has plans to expand Aarogya Setu app to feature phones as well and increase the reliability of the app.